The Kingsport News, 4 March 1945
Claude Earl Jarrett, S 1/c, son of Mr. and Mrs. W.H. Jarrett of Indian Springs was killed in the Pacific theater of war November 20, it has been announced by the War Department, Seaman Jarrett entered the service July 24, 1942 and received his boot training at Norfolk, Va., He was aboard an oil tanker when she went down.

The Kingsport Times, 14 April 1948
Military services for Seaman First Class Claude Earl Jarrett, who died November 20, 1944, when his ship the U.S.S. Mississinewa was torpedoed in the Central Pacific, will be held at 2:00 p.m. Saturday at the Grange Hall Methodist Church in Hawkins County.
Seaman 1/c Jarrett was one of about 30 men who were killed as his ship, a Navy oiler, was torpedoed and the remainder of the crew was saved from death when the pilot of an observation plane threw a drag line into the sea near the ship. He enlisted in the Navy July 24, 1942.
In addition to his parents, he is survived by three brothers, W.H. Jr. and Kenneth Jarrett both of Church Hill, Tennessee and Burle Jarrett of Indian Springs, and one sister, Mrs. Walter Hensley of Pound, Va.
Born September 29, 1924 at Speers Ferry, Va., he spent his early life with his family in Hawkins County, Shortly prior to his enlistment had attended Holston Institute and had worked on farms near Indian Springs. 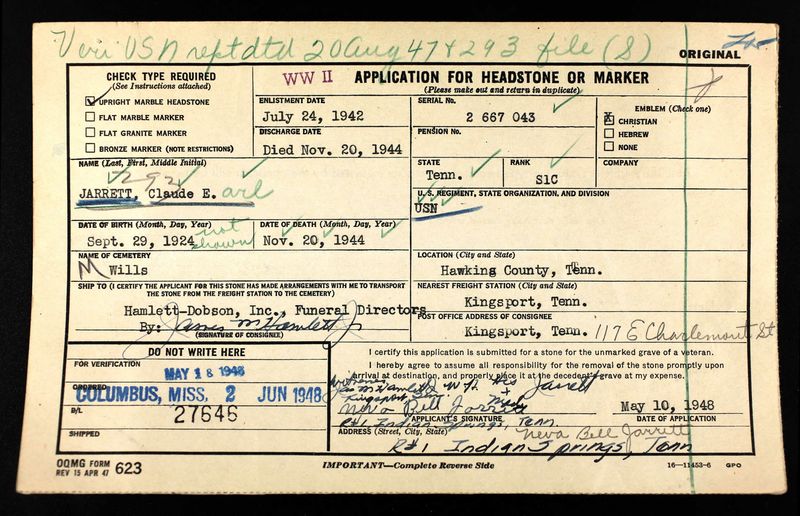 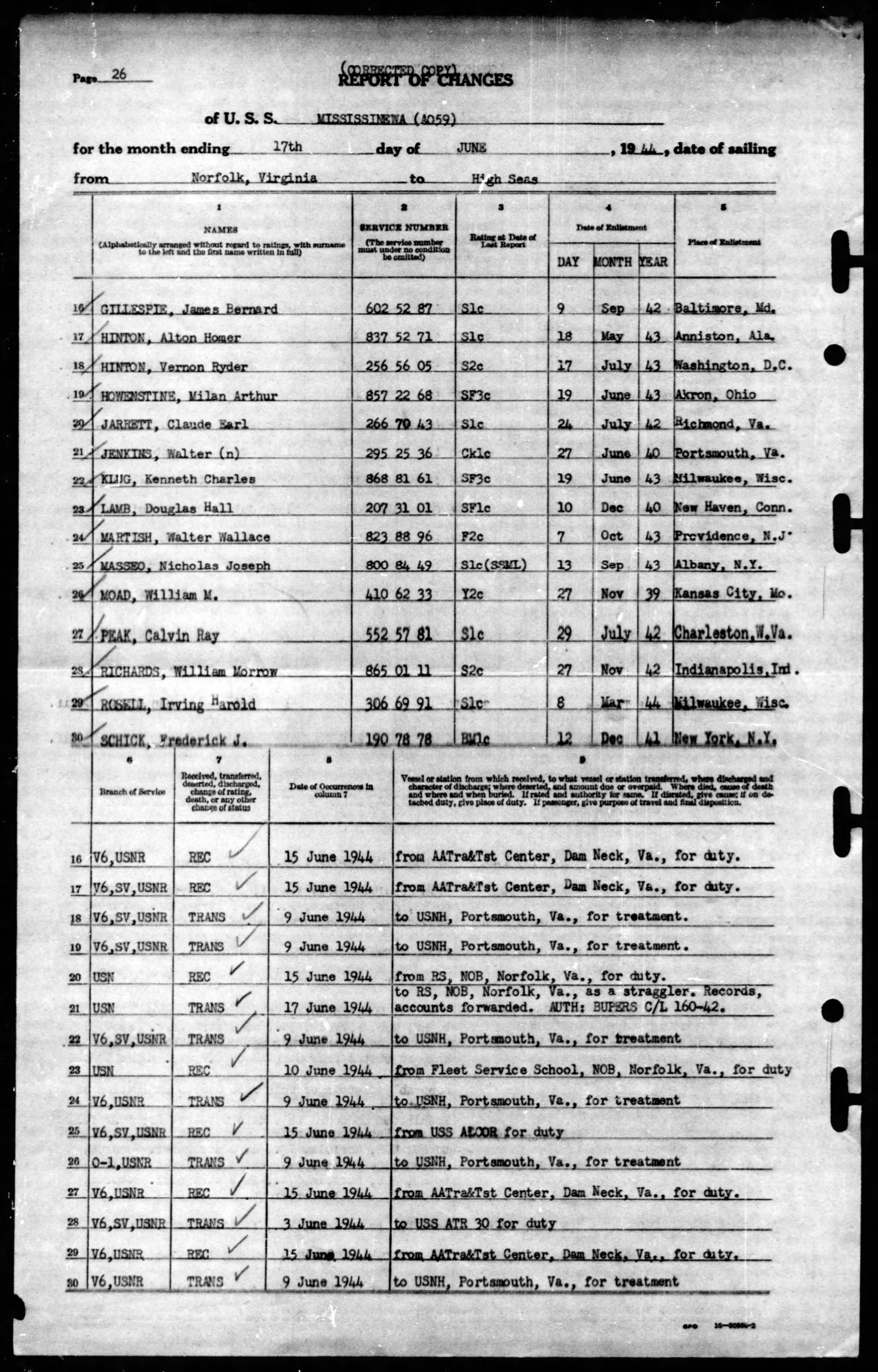 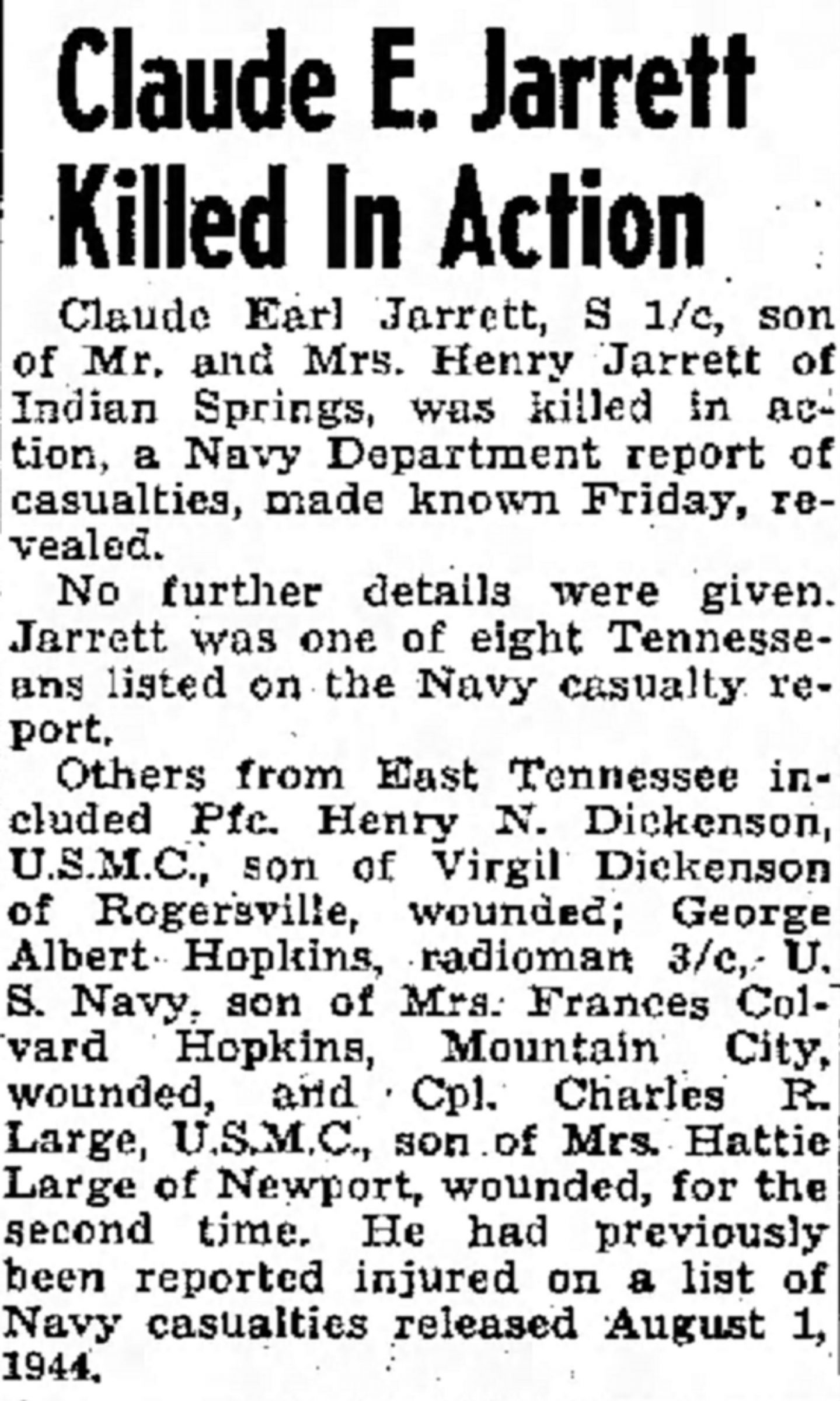 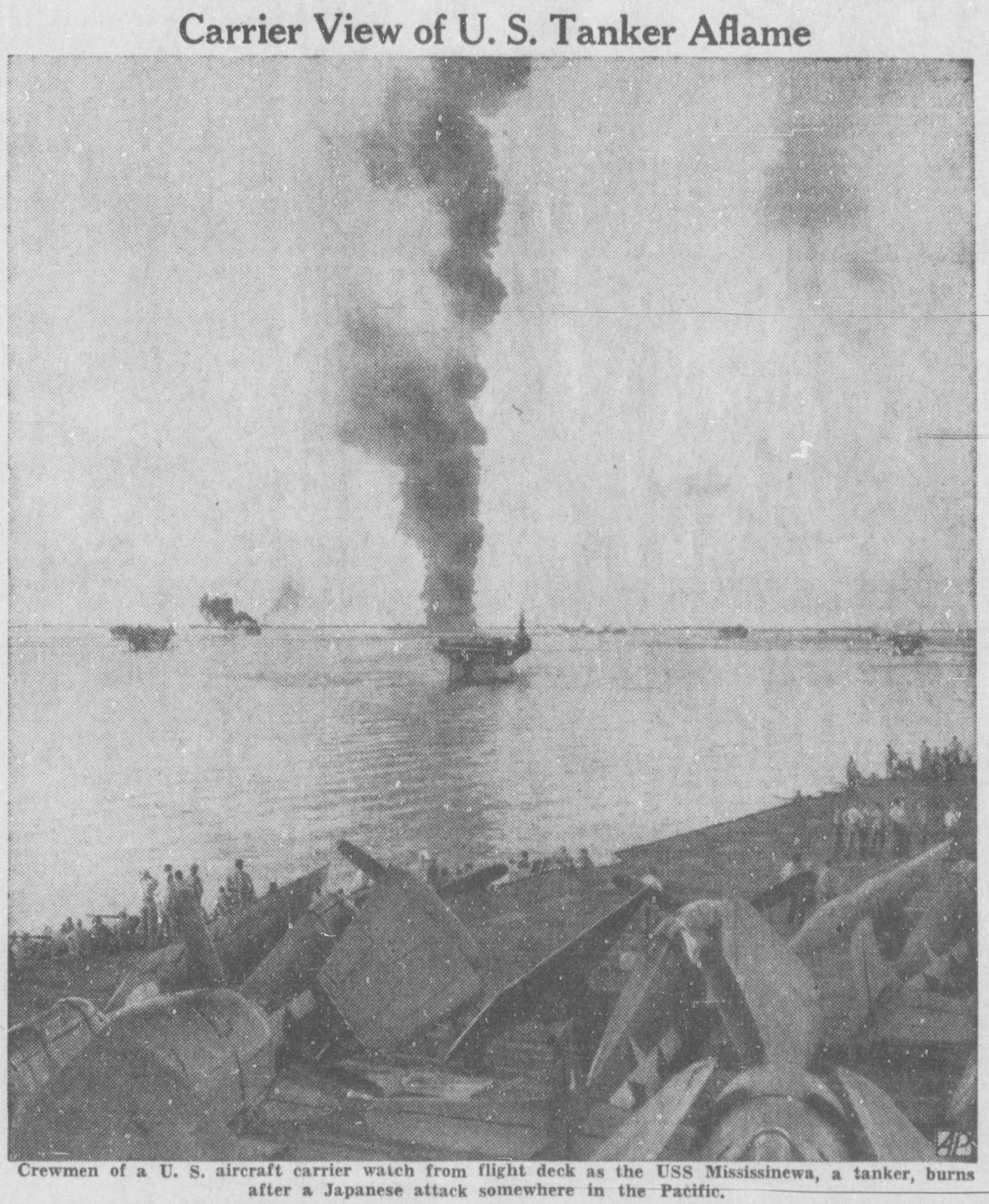