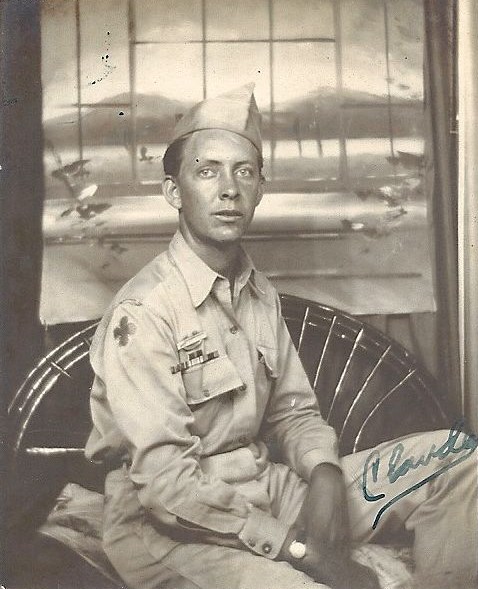 Activity During WWII
His military occupational assignments included 4 months as a Private in Infantry Basic training, 3 months as a Private as a rifleman, and the rest as a Field Lineman and as a Switchboard Operator Field as a Private First Class, Headquarters Company, Second Battalion, 351st Infantry Regiment. He was awarded the Bronze Star for heroic achievement in action. From 23 September 1944, a Lineman in the wire section, Headquarters Company, 351st Infantry Regiment, in spite of grave dangers from enemy fire and the inclemency of the weather, performed his duties in a highly exemplary manner. On 30 September 1944, in the vicinity of Mount Capello, Italy, completely disregarding his own personal safety, he went forward against barrages of enemy machine gun fire and rescued a severly wounded companion. His swift, courageous action undoubtedly saved the life of his wounded comrade. His actions were in keeping with the finest traditions of the armed forces. He entered military service from Tazewell, Tennessee.

New objectives for the 351st were designated as Mt. Guasteto and Mt. Capello — the latter developing into one of the four bitterest battles of the entire drive for the Po Valley.

The battle for Capello, which lasted two days, was a struggle between German soldiers who would not withdraw and American troops who would not be stopped. The attack was launched at 0845 hours and by 1335 hours the 2nd Battalion had reached a draw 800 yards southwest of Capello. Fighting raged here for several hours, grew so fierce that the 1st Battalion, less one company, was sent to their aid, moving to the right and hitting in on the Germans from the flank. During the night, forward elements inched ahead and reached a point about 50 yards from the summit by dawn.

Attacking by deployed squads with three machine guns on the flank of each, the Germans held here; stopped the men of the 1st. The 2nd also was tied down and as casualties mounted, the headquarters company was pulled in as riflemen. All morning the two battalions hammered away in the face of heavy mortar and small arms – at 1250 hours came first encouraging news from Lt. Col. Yeager that “we are proceeding slowly.” For three more hours the fighting raged undiminished until at 1536 hours came the message: “Mt. Capello taken by 1st and 2nd Battalions.”

During the final hours on Capello, Staff Sgt. Sam McGowan of Beaufort, S.C., won a DSC when he volunteered to lead a platoon in breaking up a German counterattack which was forming about a house on the forward slope. With fixed bayonets, the platoon charged a group of about 100 Germans, McGowan knocking out two machine guns on the way, killing three and capturing six Krauts. Forcing one of the PW’s to load a captured gun; McGowan turned it on the enemy in a draw to the rear of the house, killed 12 and scattered the rest. Wounded in the leg, he nevertheless continued on with the platoon for the mopping-up and refused to be evacuated until he’d organized the newly-won position for all around defense.

That was Mt. Capello, won with bayonet and blood and guts.

The 88th marched into the Eternal City 24 hours after it had become the first liberated capital of Europe in WWII. A few weeks rest in Rome and the 88th was on the move again, taking over the missions of the 1st Armored Division which it had relieved. This time its goal was the celebrated Gothic Line, and the 88th drove towards it with a relentlessness that brooked no opposition.
Now began the divisions most savage battle. It entered the action in September, and during the ensuing months suffered its heaviest casualties. It battled unfavorable terrain, miserable weather, and a fanatical enemy. But it kept punching, punching to capture Mt La Fine, Belvedere, Gesso, Acuto, Capello, Castel del Rio, Mt. Battaglia, and Mt Grande. Mt. Grande was the nearest point to the Po Valley reached by any 5th Army unit until the Spring of the following year. During this drive the 88th was exposed to one of the most intense artillery poundings of the entire Italian campaign.
The 88th was ordered to hold up after the Mt. Grande drive, and spent the winter in alternate rest periods and tours in the line. Observing its first combat anniversary on March 5th, 1945, the Division had chalked up an offensive advance of 325 miles, captured more than 5,500 prisoners, and destroyed six German divisions and badly mauled half a dozen others.

Above information submitted by his son, Dennis Heath 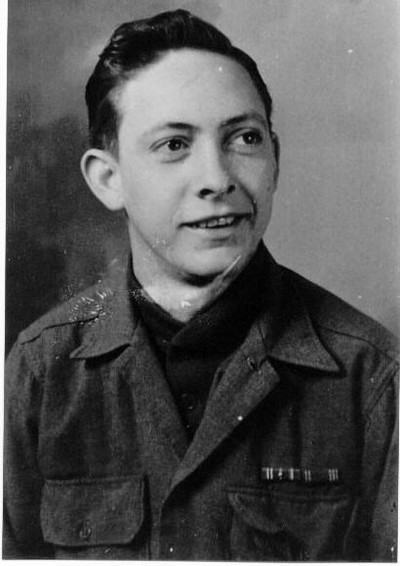 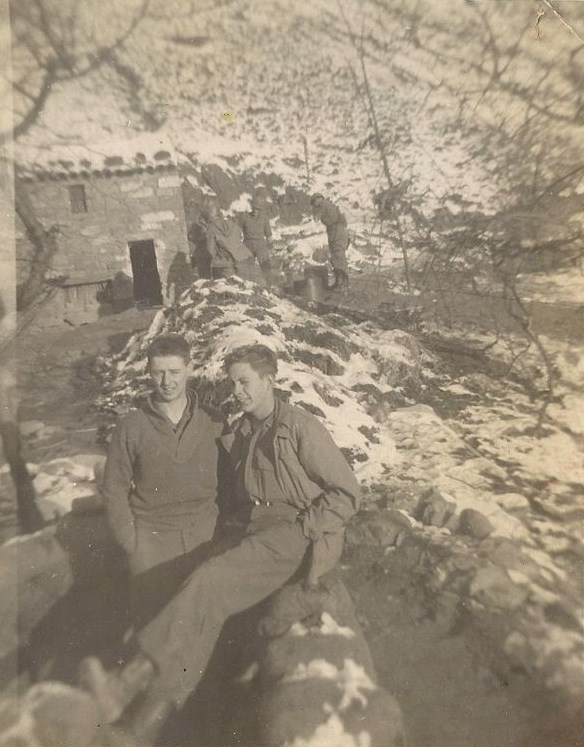 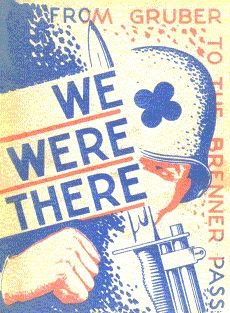