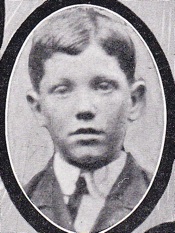 Claude Beecher Phillips was born in Apison, Tennessee. He died at the age of 23.

“Sergt. Claude B. Phillips, aged 23 years, son of Mr. and Mrs. W.L. Phillips, 132 New York avenue, Lonsdale, is officially reported killed in action, during the battle waged by the 117th infantry against the Huns, September 20. An official telegram from the war department was received Sunday by Mr. and Mrs. Phillips, advising them of the fatality.
Sergt. Phillips enlisted in the machine gun company of the 117th regiment, commanded by Col Cary F. Spence, of Knoxville. At the outbreak of the war between the United States and Germany, young Phillips expressed a desire to enter the service. He told his father that he would rather volunteer and enter the service than to be drafted. He was personally acquainted with Col. Spence and Capt. Bob McMillan before the organization of the 117th regiment was started.
Mr. Phillips had worked with his father at local marble mills and became a proficient stone-cutter. He was at one time employed by the Fenton Construction Company and some of his best work was done on the interior of the Holston National bank, while that building was under construction. Mr. Phillips, father of the dead soldier, came to Knoxville eight years ago and lived in South Knoxville for a long time. He was then employed at the plant of the Ross & Republic Marble Mills.
Sergt. Claude Phillips was born at Loudon, Tennessee and he received a liberal education, having attended the schools at Columbus, Miss., and Tate, Ga. He was a member of Maxwell lodge, Free and Accepted Masons, of Knoxville.
After going to the training camp at Greenville, S.C., Sergt,. Phillips returned to Knoxville for a visit to his relatives and while here he talked enthusiastically of the part the 117th expected to take in winning the war.
Mr. and Mrs. Phillips received a letter from their son in September and recently his mother received a Liberty bond for $100 and an allotment.
Wendell Phillips, a brother, was a member of the 13th U.S. Cavalry that was part of General Pershing’s division in Mexico. He is now assigned in the U.S. base hospital at West Baden, Ind.
Sergt. Phillips is survived by his parents, one brother, Wendell, and five sisters, as follows Mrs. Will Roberts of Oakwood, Misses Lucille, Maudie, Willie and Katherine Phillips.
After receiving the official notice of his son’s death on the battlefield, Mr. Phillips said ‘I am proud of the fact that I had a son to sacrifice to help win the just war against the Germans. It is extremely sad to realize that my son has given his life. I may yet have to answer the call to aid in winning the war, that is, if the age limit should be raised.’
Wendell Phillips, who is now in base hospital work at West Baden, Ind., received an accidental wound during Pershing’s campaign in Mexico.
-The Journal and Tribune, Knoxville, Tennessee
Monday, October 21, 1918

Sgt Phillips was initially buried at the American Cemetery Bony, Aisle, France.
He was returned to the United States and was buried in Arlington National Cemetery, Arlington, Virginia, Euro, 1963. 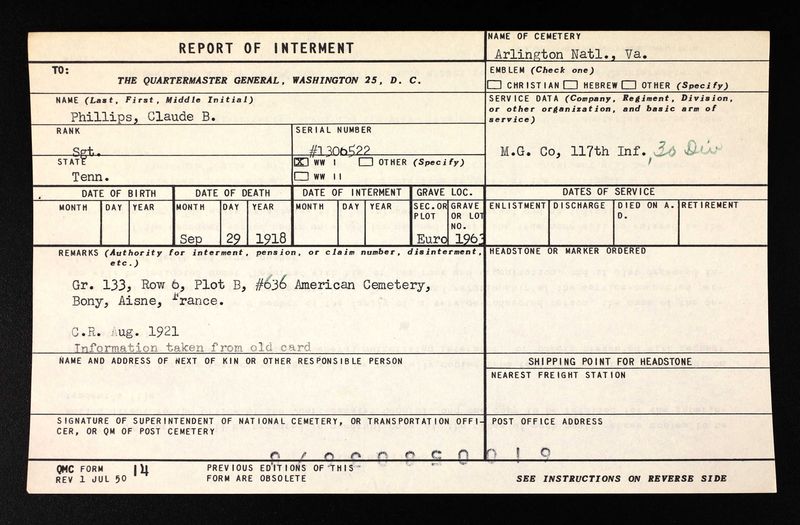 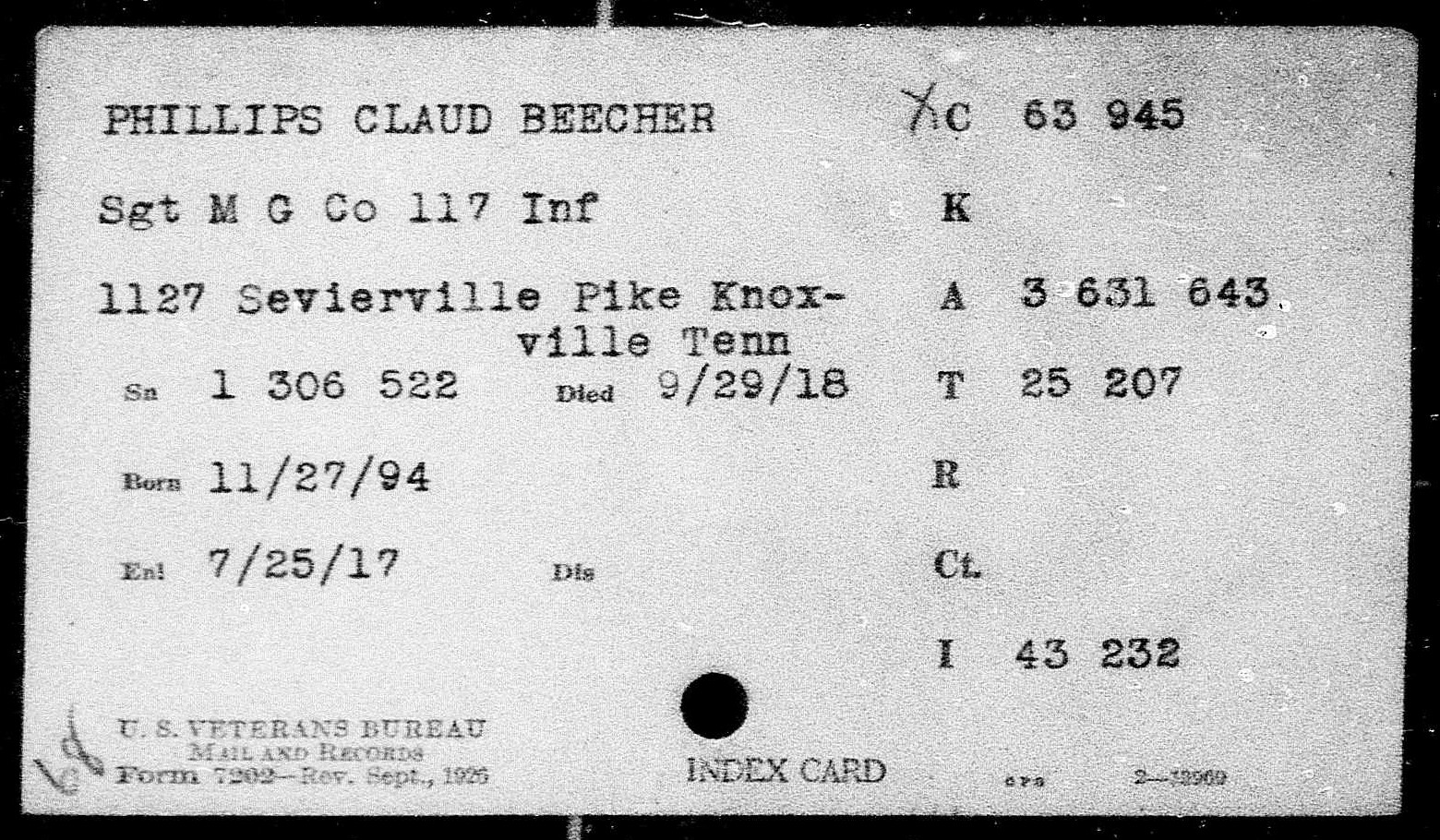 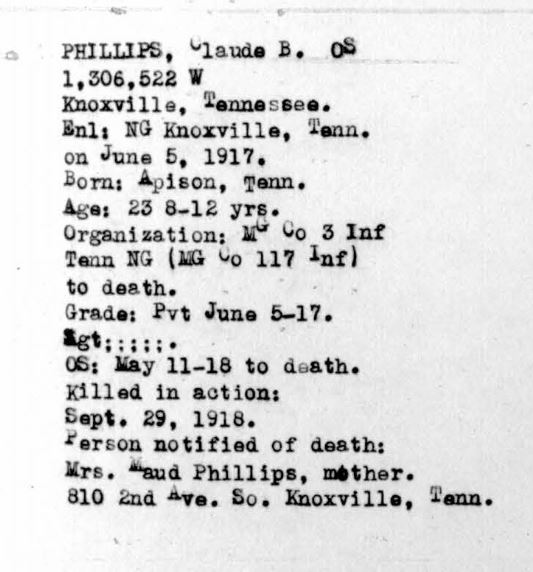