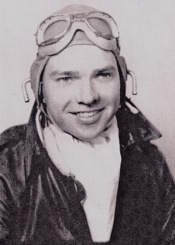 S/Sgt. Clarence Mooneyham was the bombardier on a B-17 bomber, which departed from Molesworth, England, on a bombing mission to Leipzig, Germany, 6 April 1945. While over the target, about 9:45 a.m., the aircraft collided in mid air with another airplane, damaging the tail assembly, number three engine, and propeller. The plane was seen to fall into a spin and disappear from view.
-Submitted by Jack F. De Sabla

Clarence Mooneyham was a crew member on aircraft B-17 G with serial number 44-8647.

Picture of Lt Juns and crew of the 360th Bomber Squadron, 303rd Bomber Group based in England, pose in front of a Boeing B-17 Flying Fortress. 30 March 1945. Clarence J. Mooneyham is second on the left (kneeling). 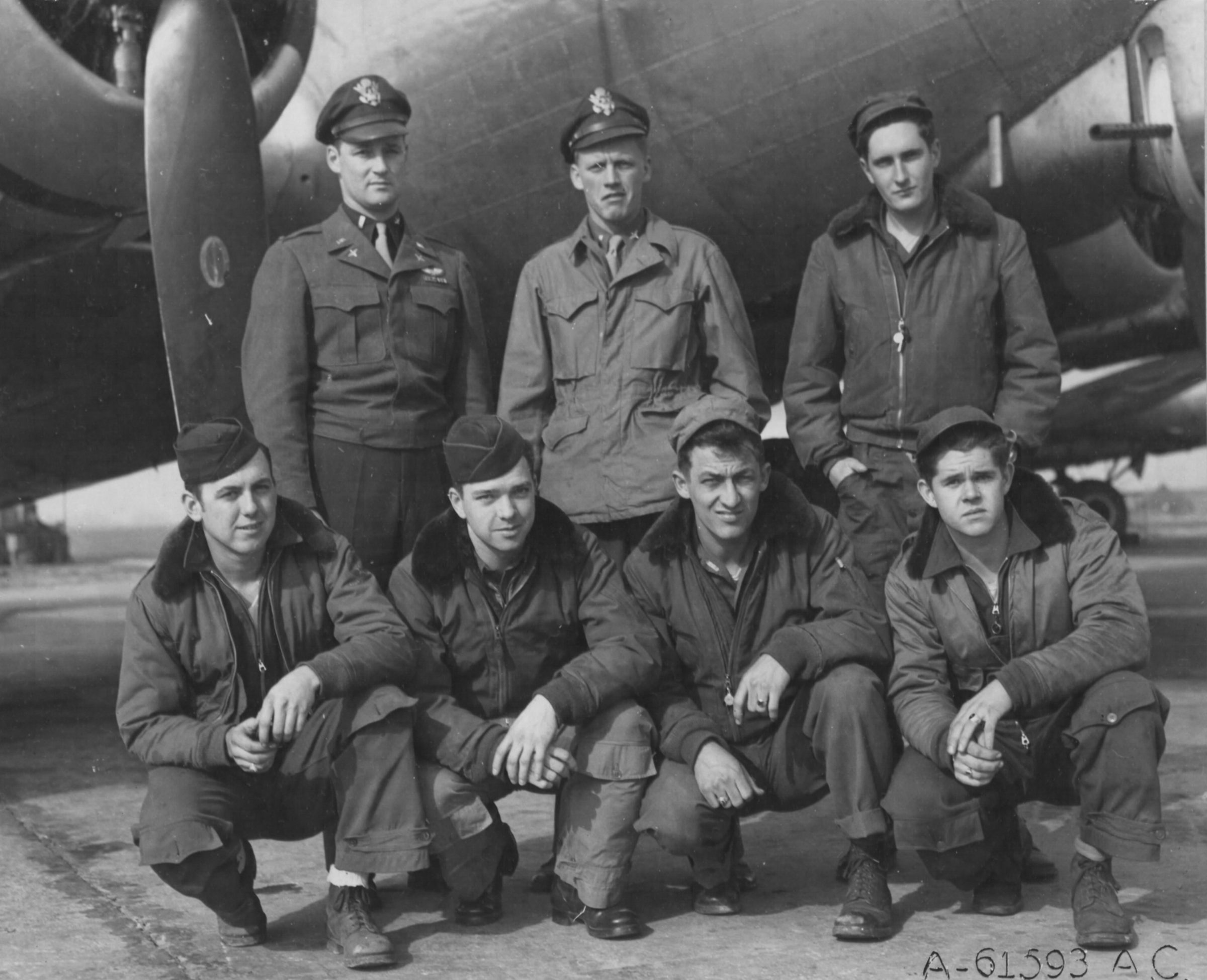 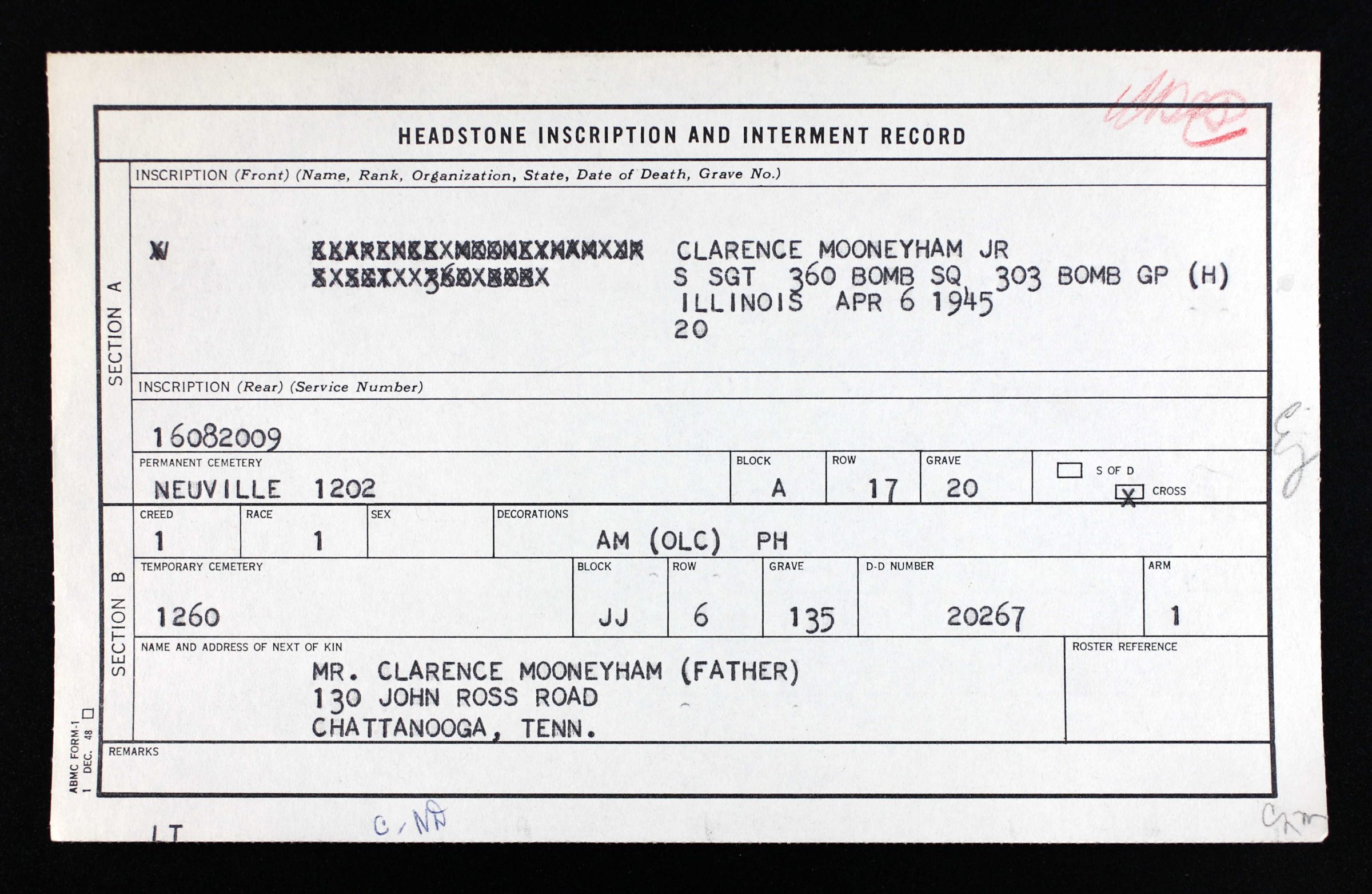