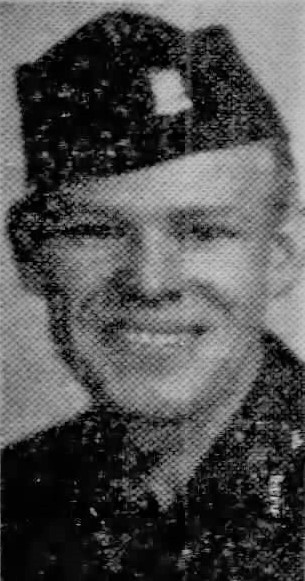 He was married to Mrs. Louise A. Lilly and prior to the war was an employee of Fulton-Sylphon in Knoxville.
Parents: Heiskill C. and Mary E. Lilly
Siblings: Elsie L. Lilly and Mary M. Lilly

The Knoxville News-Sentinel, August 1, 1945
Sgt. Clarence H. Lilly who was wounded April 25 in Germany while serving with the 7th Army died July 16 in England, according to word from the War Department received by his wife, Mrs. Louise Anderson Lilly, 119 Allen Street. Sgt. Lilly is the son of Mr. and Mrs. H.C. Lilly, Cornelia Avenue. A graduate of KHS, he entered the service Dec. 13, 1943, and was sent overseas in April, 1944. He was in an ordnance group during his training in the United States but was later transferred to the 7th Army Infantry. He was formerly employed by the Fulton Sylphon Company.

The Knoxville News-Sentinel, March 2, 1946
Sgt. Clarence H. Lilly, son of Mr. and Mrs. H.C. Lilly, 113 Allen Street, was the husband of Mrs. Louise Anderson Lilly. He was in charge of a machine gun crew with the Seventh Army and was seriously wounded near Bamberg, Germany after crossing the Rhine. He died July 16 in a hospital in England. He is buried in Cambridge American Military Cemetery, England. 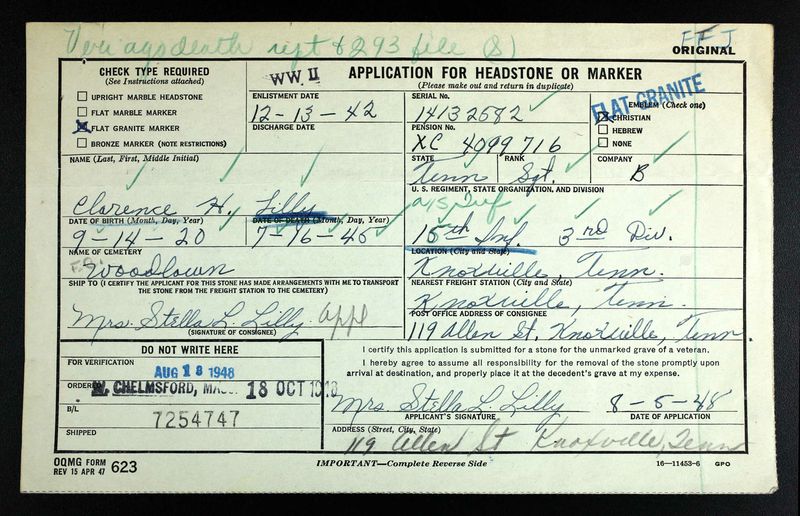 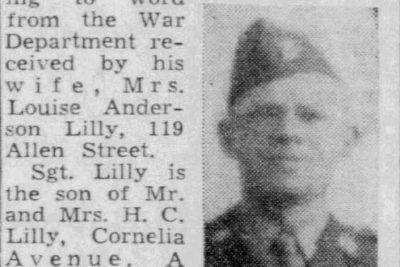 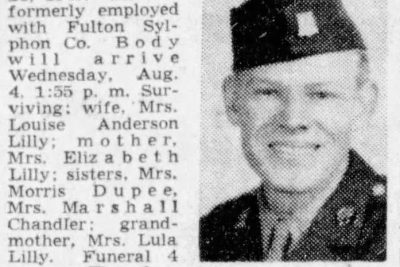