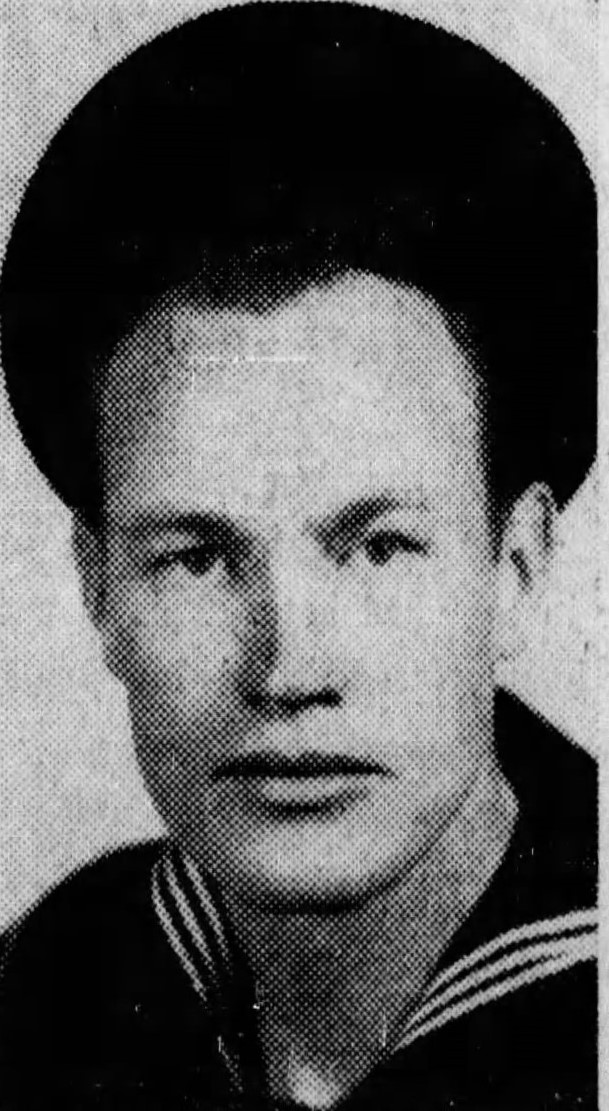 Clarence Eugene Smith
Served on the U.S.S. Atik and was transferred to the Navy Yard at Portsmouth in New Hampshire on 8 February 1942.

The Knoxville News-Sentinel, May 8, 1942
Clarence Eugene Smith, young husband and father, who volunteered for the Navy because he could contribute experienced service, is “missing following action,” the family was notified a today. Mrs. Smith and their 3-year-old son, Alex, are living with her mother, Mrs. R.A. Stinnett, at 1927 East Fifth Avenue. The telegram said: “The U.S. Navy deeply regrets that your husband, Clarence Eugene Smith (24), seaman 2nd class, is missing following action in performance of his duty and in the service of his country. The Department appreciates your great anxiety and will forward forthcoming information—“
“Clarence enlisted the first time at 17 and served a year,” Mrs. Smith explained. “His ship was the cruiser Sincinnati, that first enlistment, but I honestly don’t know what kind of craft he was on this time. I only know he was on Atlantic duty. I last heard from him six weeks ago and he was at sea.”
Mrs. Smith said that her husband had expected to be called for induction eventually. “So he volunteered in January because he wanted to be in the Navy where he had had experience and could do more good. And he liked the Navy.”
Seaman Smith was a TVA Construction worker before entering service. Mrs. Smith was Miss Martha Elizabeth Stinnett. The husband’s mother is Mrs. Belle Clark, of 310 Eleventh Street.

Clarence Smith was the son of Mr. and Mrs. R.D. Clark of 310 Eleventh Street. He had two other brothers serving with the U.S. Navy. Herman Smith enlisted first and his warm accounts of sea life must have influenced the younger two. He climbed stadily to First Class Petty Officer Smith  and aviation mechanic (in May 1942) at Pensacola naval air base.
Elmer Smith enlisted  in 1939 and was also at Pensacola, a machinist’s mate.
Clarence was survived by another brother, Harold and sisters Mrs.J.H. Jenkins, Mrs. Al Ghiloni and Mrs. Charles McGill. 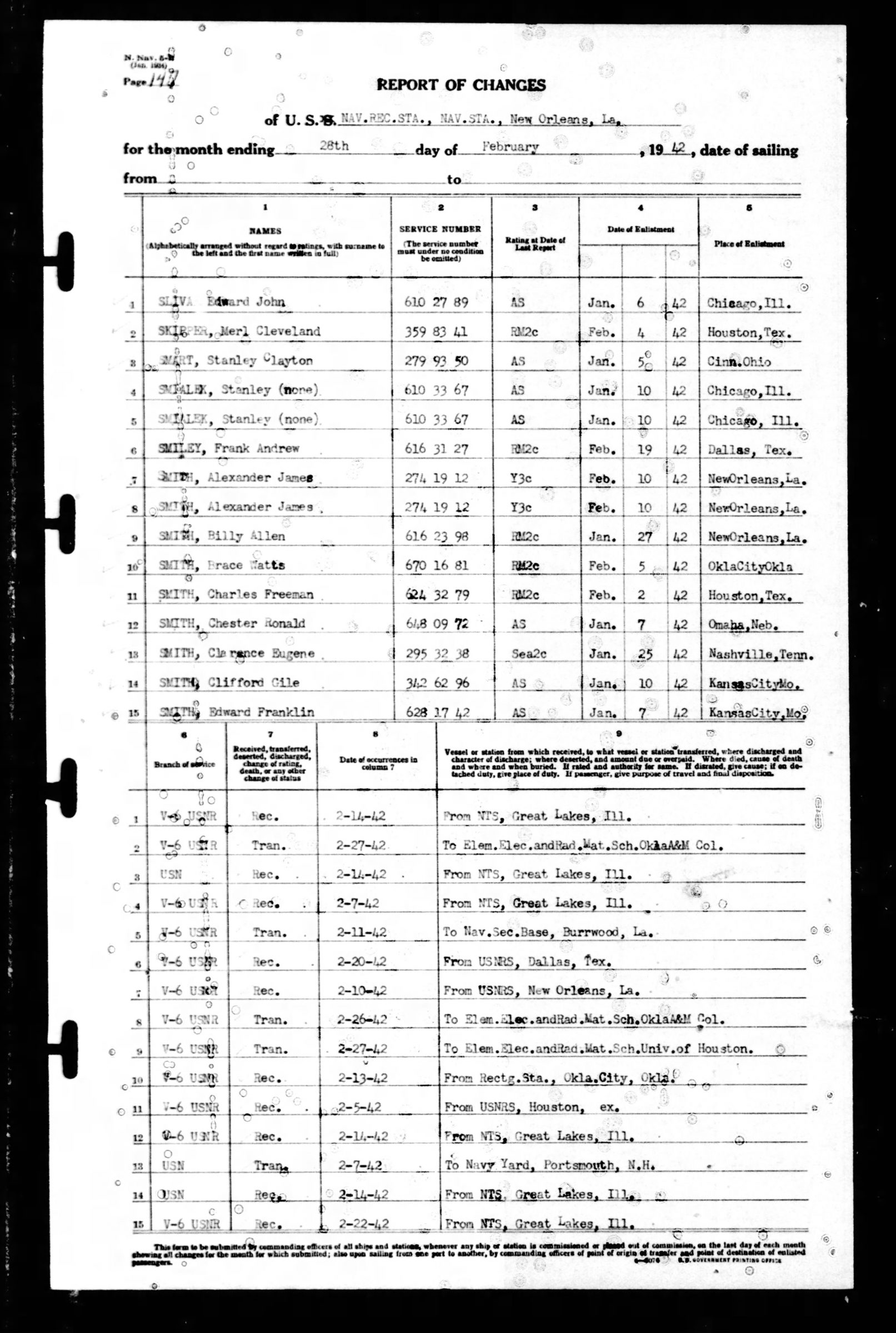 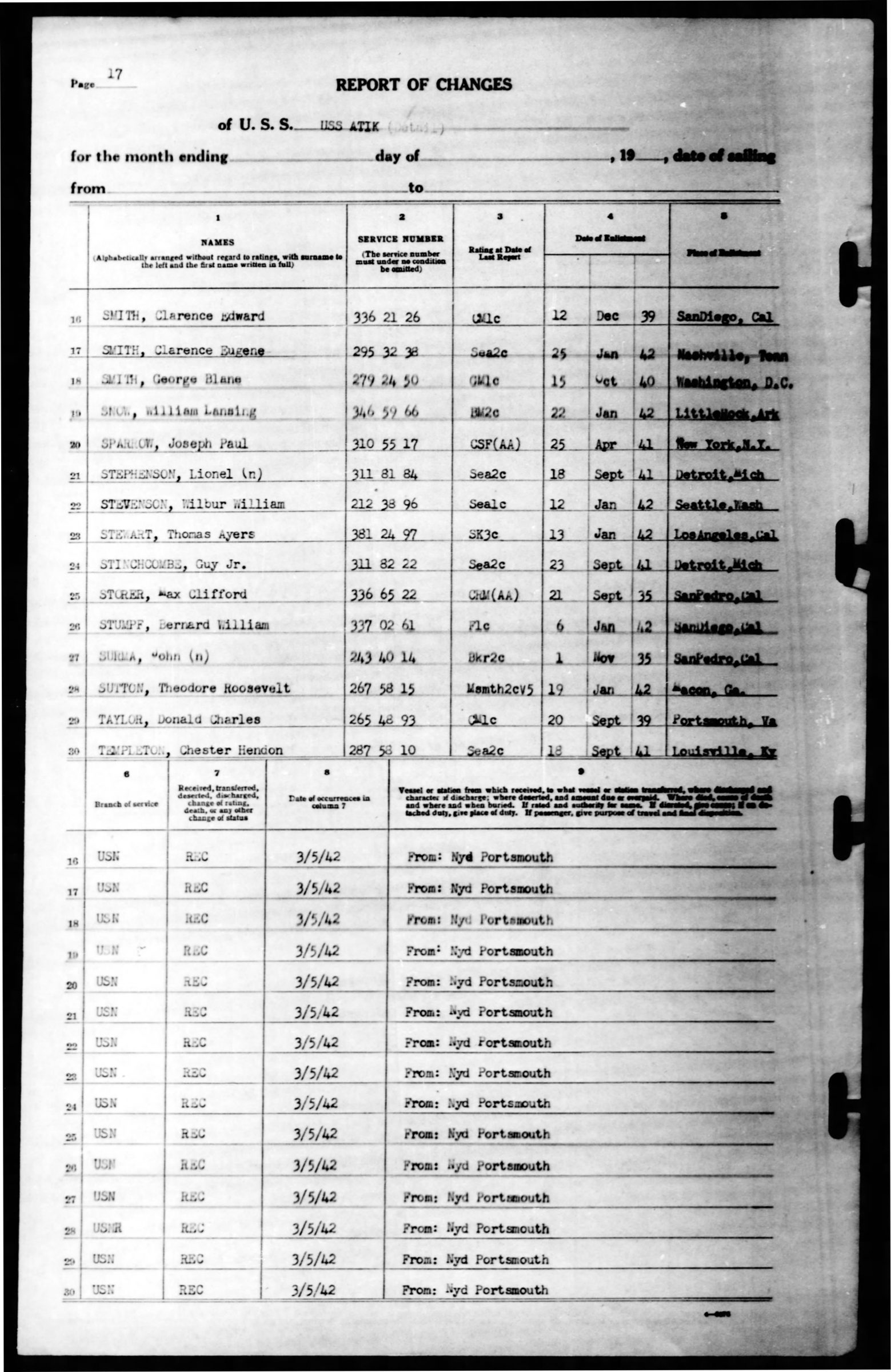 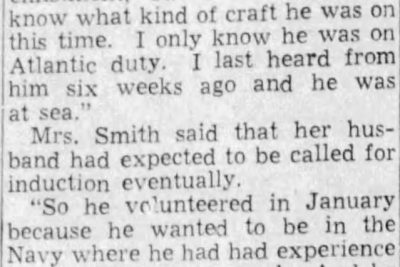 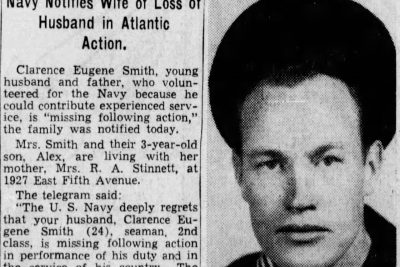 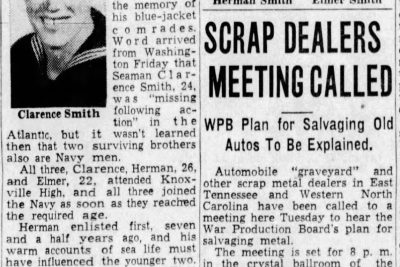