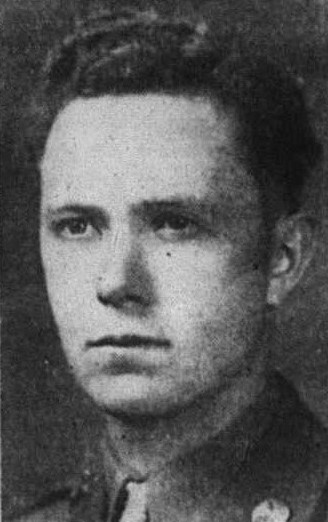 Daily Post-Athenian, February 25, 1945
Dies in Germany – Mr. and Mrs. Ben F. Lipps of Riceville, have received a message from the War Department Confirming the recent telegram informing them of the deat of their son, Pfc. Clarence Edward Lipps, 28, who was killed in action in Germany, February 5. Pfc Lipps had been in the Armed forces since May 11, 1942 and had been overseas with the infantry 29 months at the time of his death. He attended the Riceville schools and was employed as a farmer prior to entering the service. Survivors are two sisters, Martha and Mary Lipps, and two brothers, Herman and Tolbert Lipps, all of Riceville. 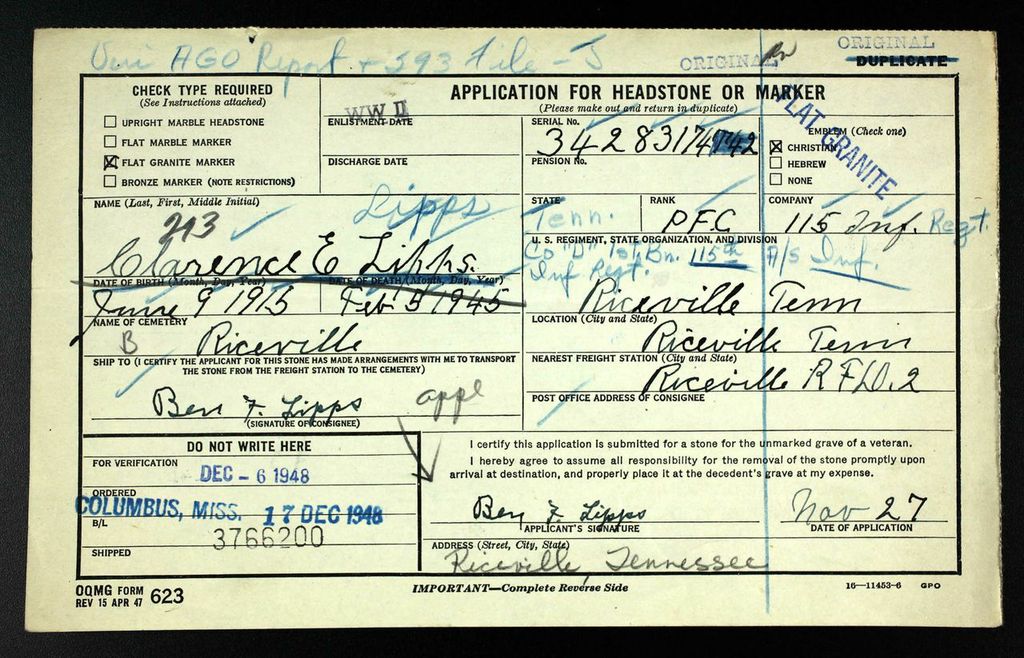