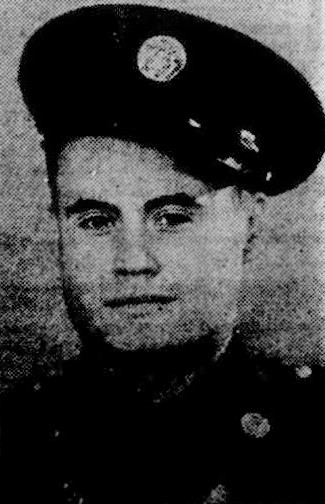 Two West brothers are buried Sunday. Bodies of brothers are returned from overseas – Two brothers, Clarence B. and Ray West, of New River, will be buried next Sunday, November 21. The brothers are sons of Mr. and Mrs. H. Clabe West of New River. Both were killed overseas in World War II. Funeral service is planned at the Huntsville High School with Rev. L.M. Jeffers officiating. Scott county post American Legion will assist at the service and will do honors at the grave. Surviving are their parents, Mr. and Mrs. H.C. West of New River; two brothers, Claude and Kenneth of New River; one sister, Miss Evelyn West of New River and a number of relatives. Ray was married and leaves a daughter, Linda Rae, six years of age. Interment in the Reed Cemetery at New River with Coorper’s in charge. 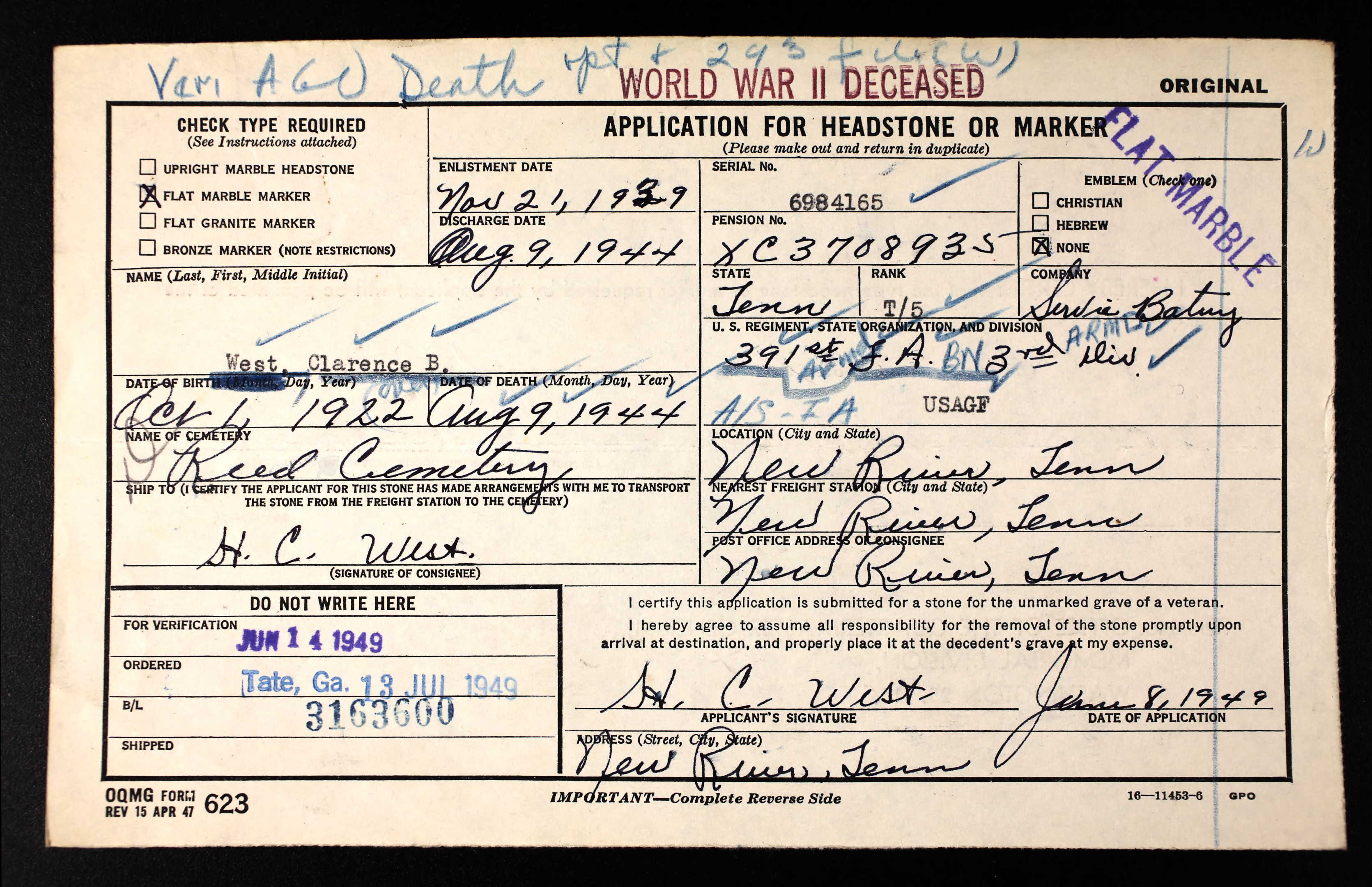