Born 5 August 1913
Private First Class Clarence A. Conant was assigned to the 26th Bomber Squadron, 11th Bombardment Group H based at Hickam Field, Territory of Hawaii. He was killed during the Japanese attack on the US Military on 7 December 1941. He is Interred at 0,305, Honolulu Memorial Cemetery, Hawaii.

Clinton Courier News, April 9, 1942
Private Clarence A. Conant of Oliver Springs is believed to be the first Roane countian killed in World War II. The War Department notified his parents, Mr. and Mrs. Charles Conant of Oliver Springs that he was killed at Hickam field on Dec. 7 during the Jap attack on Pearl Harbor. He was a graduate of Oliver Springs High School and well known as a football and basketball player. Later he served tthroughout East Tennessee as a registered official in these sports. He was 28 and serving his first enlistment in the Army. His older brother, Sgt. W.C. Conant, has beenin the Army for years. Another brother, R.M. Conant, has joined the Marines since Pearl Harbor. Also surviving are four sisters; Mrs. Charles Feathers of Kingsport, Mrs. Joe H. May of Harriman, Mrs. Virgil Nelson of Oliver Springs and Sarah Conant, a senior at Oliver Springs High School. 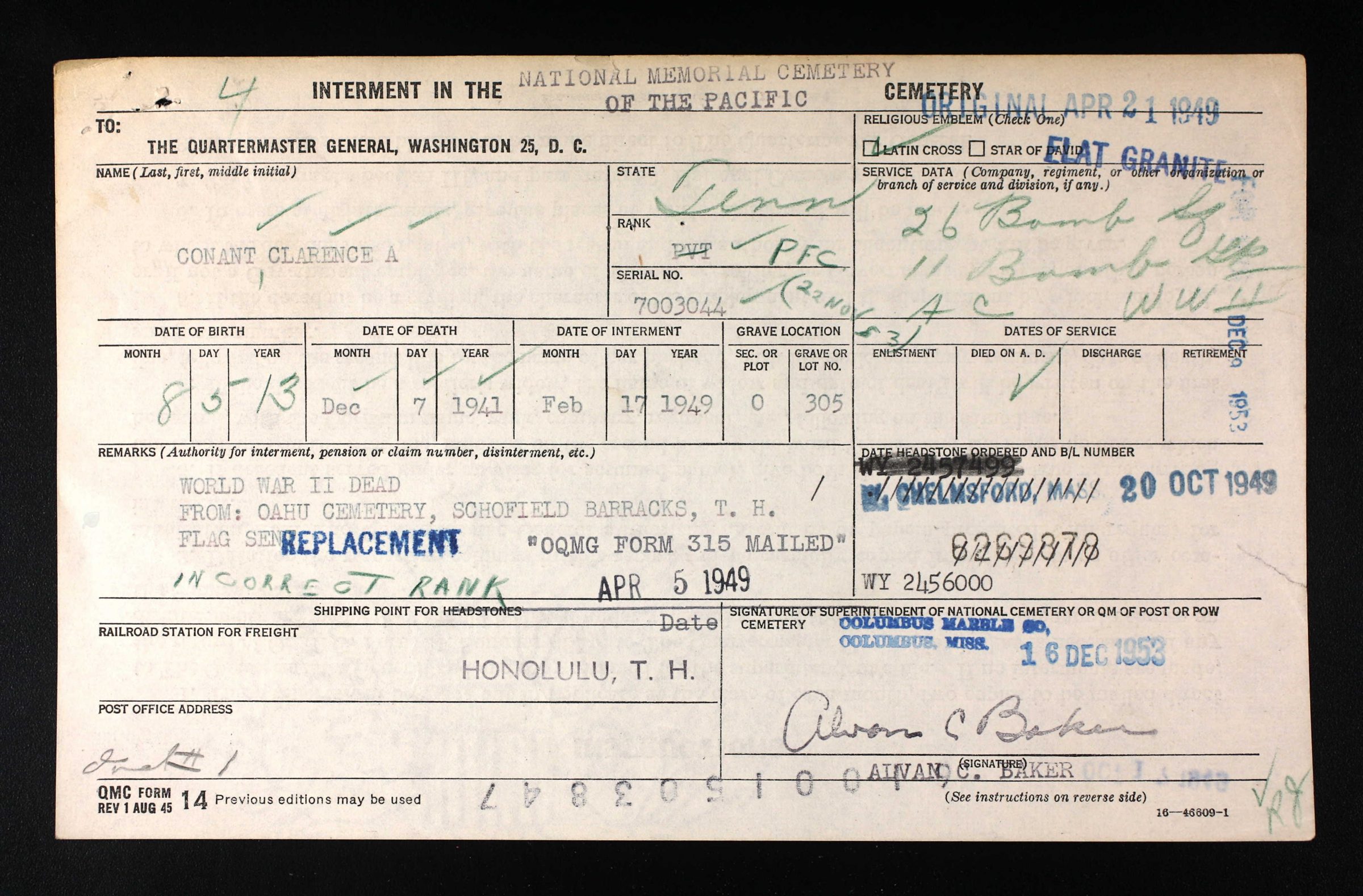 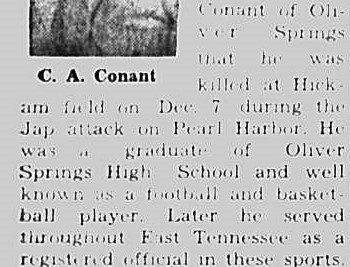 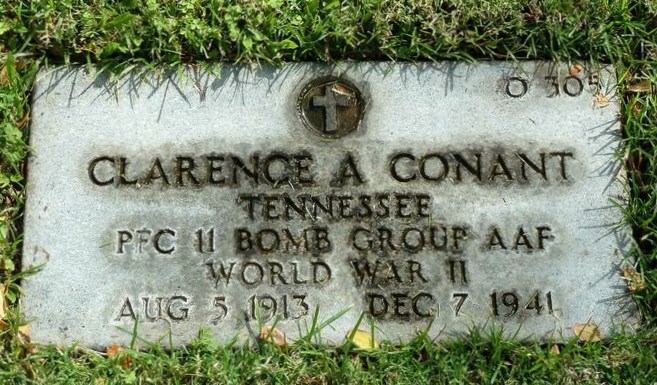