PFC Shultz died at Morrow, Oregon. He is buried at the Shultz Family Cemetery, Knoxville, TN. 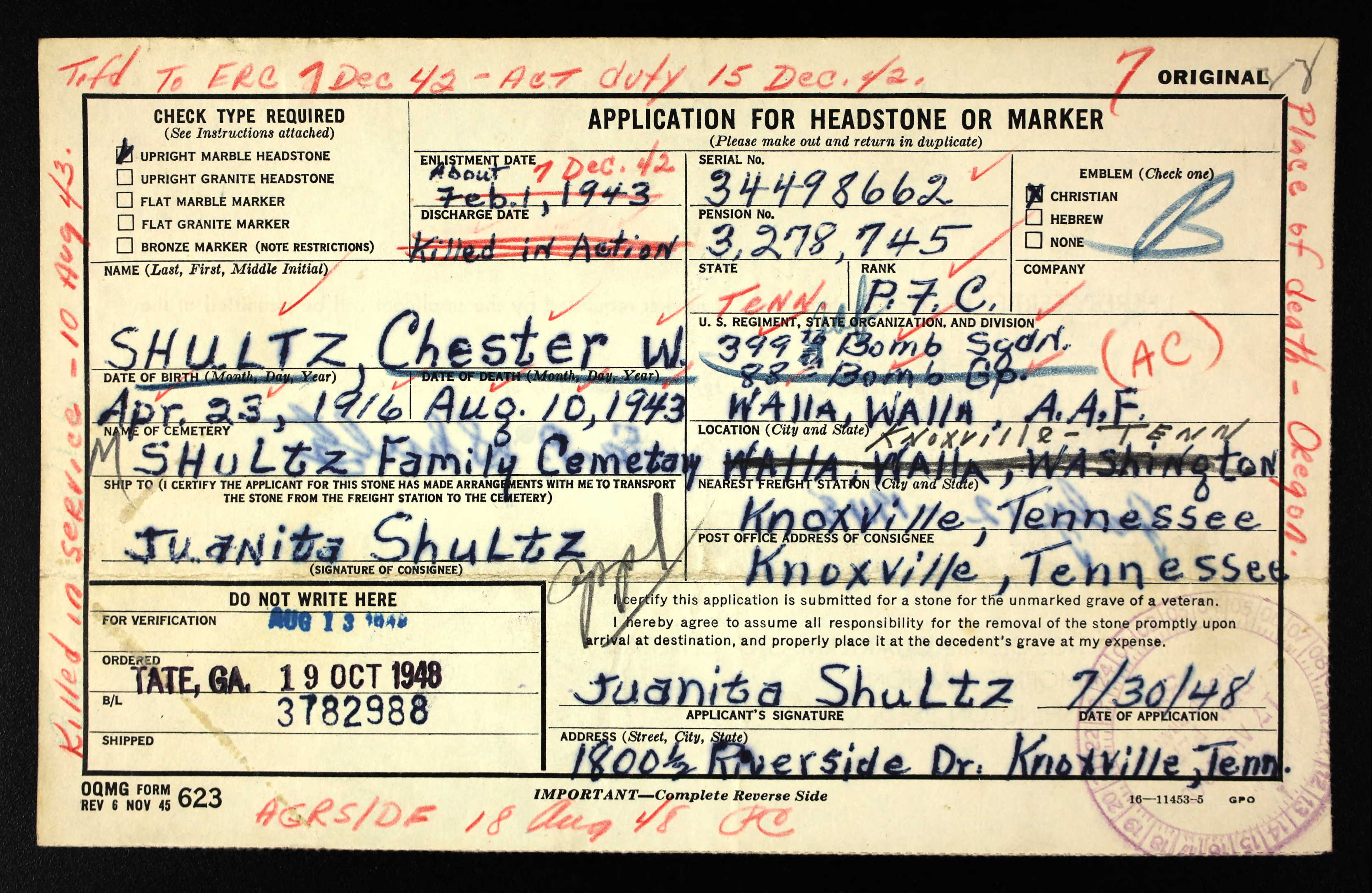 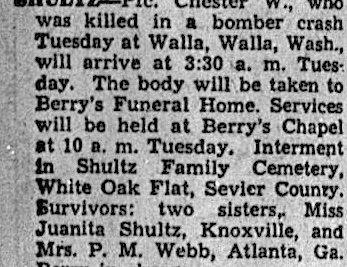