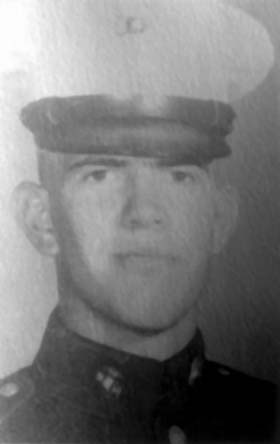 Chester Stacy Hughes, the son of Horace F. Hughes and Irene A. Hughes of Bristol Tennessee enlisted in the US Marine Corps on August 5 1965 in South Charleston West Virginia.

During the month of September the Battalion was conducting combat operations from the An Hoa Combat Base in Quang Nam Province.

ON September 19, during a patrol in the vicinity of the hamlet of My Loc (2) in Duyen District PFC Chester Hughes was killed by multiple fragmentation wounds when a booby trap was tripped causing and explosion.

Chester Hughes was killed by a booby trap about 2 kilometers southwest of the Liberty Bridge, itself 20 kilometers or so southwest of Danang. He is buried in the Glenwood Cemetery/Bristol, TN.