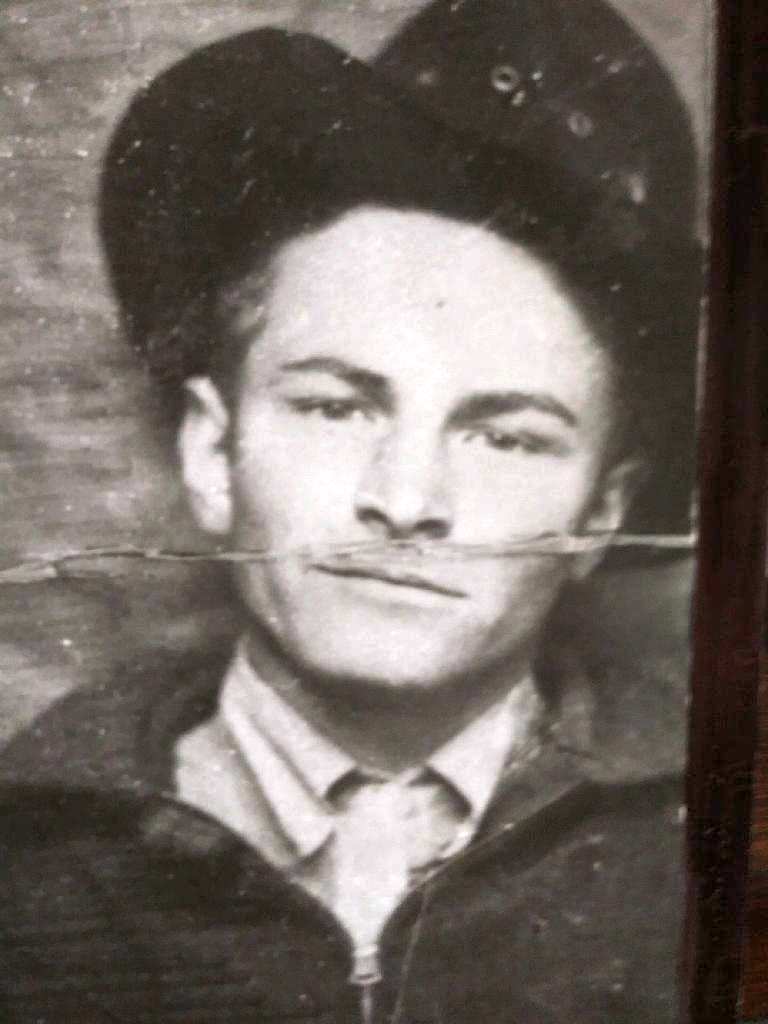 Chester Hamby served aboard the heavy cruiser USS Quincy CA-39. He was killed in action on August 9, 1942 at the battle of Savo Island. The Quincy was sunk by the Japanese cruiser Chokai and 398 American sailors went down with their ship. He was awarded the Purple Heart posthumously.

In the picture below are Chester Hamby (left) with his brother Everett W. Hamby (right).  They were both on the same ship; when the ship went down, Chester went down with the ship.  His brother survived.  He did try to save Chester, and he tried going down and freeing him but could not.  Everett was burned while trying to save his brother by the fire from the fuel on the water.  He burned his hair and scalp.  Everett lived to be in His 80’s.  That is all I can tell you.
–Submitted by his nephew, Doug Beckstead 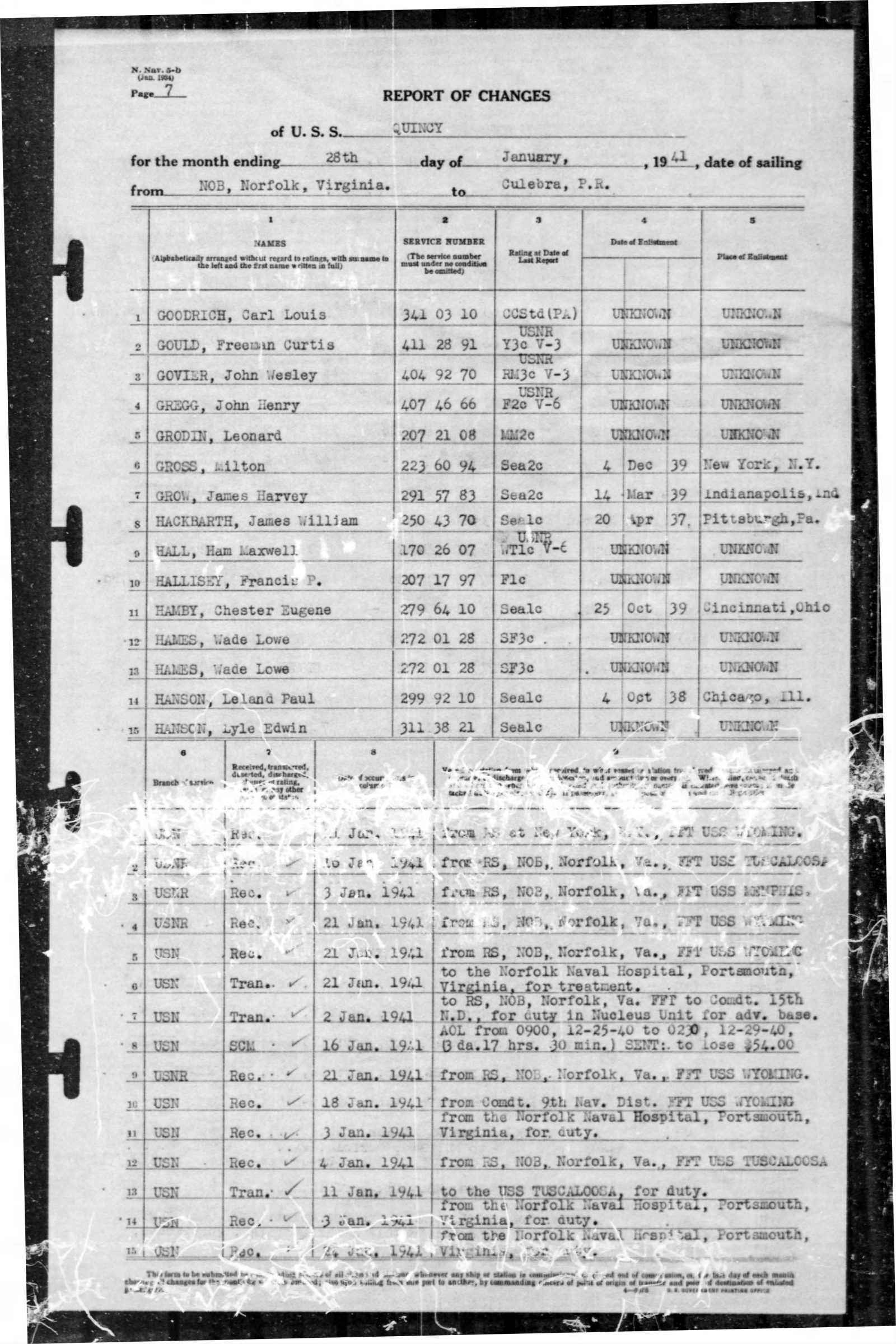 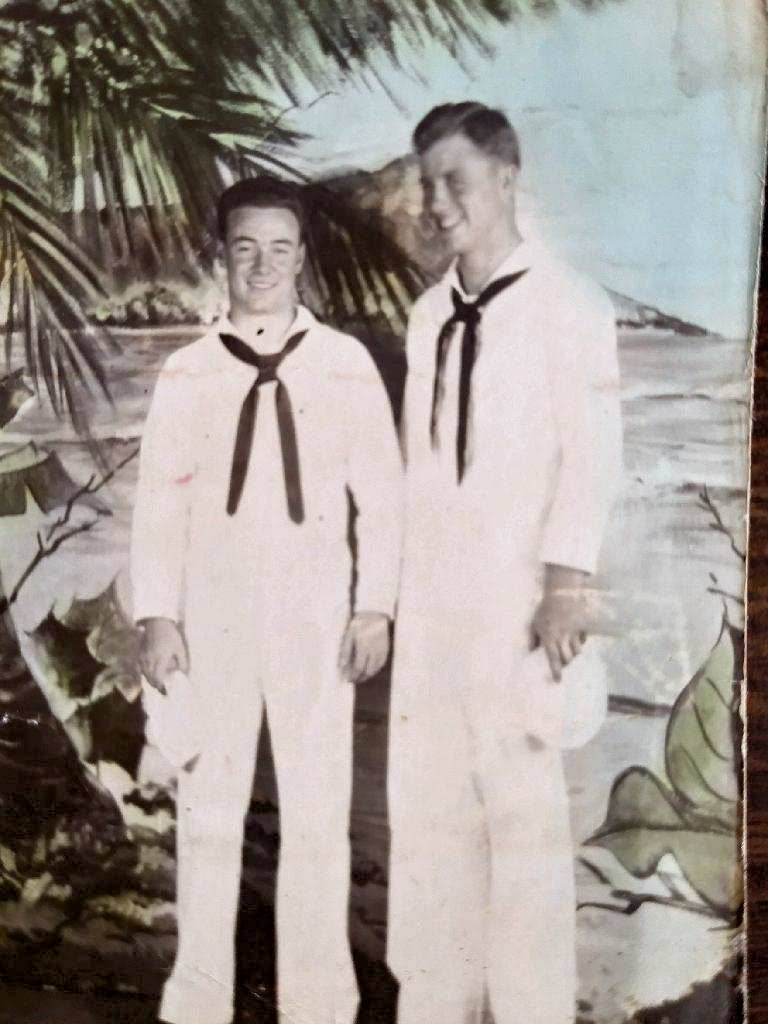