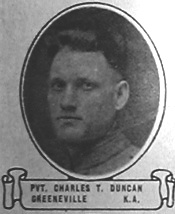 The Greeneville Sun, November 21, 1918
Last Letter from Charlie Duncan
Mr. and Mrs. J.B. Duncan, father and mother of Charlie Duncan, received this letter a few days ago. It was his last message to them. When the postman arrived on the 16th of November he brought the sad news that their son, Charles, had been killed in France on October 15th. We have known Charlie from a small boy. He was one of our school boys in the old Graysville schoolhouse. He was kind, brave and true. We feel assured he was doing his bit for his country when he fell. We extend sympathy to the bereaved ones in this dark hour.

Chraley’s last letter, somewhere in France, October 3, 1918
Dear Dad:- Will write you a few Lines this afternoon. Hope this will find you all well and getting along all right with your work. I am all O.K. Everything is going along nicely at present. He have been at rest camp for the last two weeks, camped int he woods in our little pup tents, faring pretty good. We moved about one hundred miles when we moved here. There is something doing up the line here. See! I received a letter from Perry last night. He must not have worked long at Knoxville. He did not say anything about working down there. He wrote like you had lost of tobacco. Hope you can get a good price for it: but your wheat crop was rather short, wasn’t it? Well, probably you will have better luck next year. How is your stock? Have you sold any of your horses yet? And you seem to be proud of your team of mules. How is my cow making out? Is she giving any milk now? I had some good milk in my coffee tonight at supper. Of course, the cook always puts in a little, but not enough to suit me. So I was out in a little French village today and I bought a con of Van Camp’s evaporated milk, made in Indianapolis, Ind. It sure is fine. It cost me two francs. That is about 38 cents in American money. Say, Dad, I sent you a little money or gave it to a Y.M.C.A. secretary on July 29th to send you. You never said anything about getting it. So I wish you would write and tell me whether you got it or not. I will send you some more soon. Will close for this time. Write soon. Tell me all the news.
Your son, CHARLEY.

Mother, how are you making out these days? Fine, I hope. The kids have got started to school, have they? Hope they will do good this year. I hope to see you all soon. Will close for this time. Tell Perry I will write to him later. I haven’t got time now.
Your son, CHARLEY 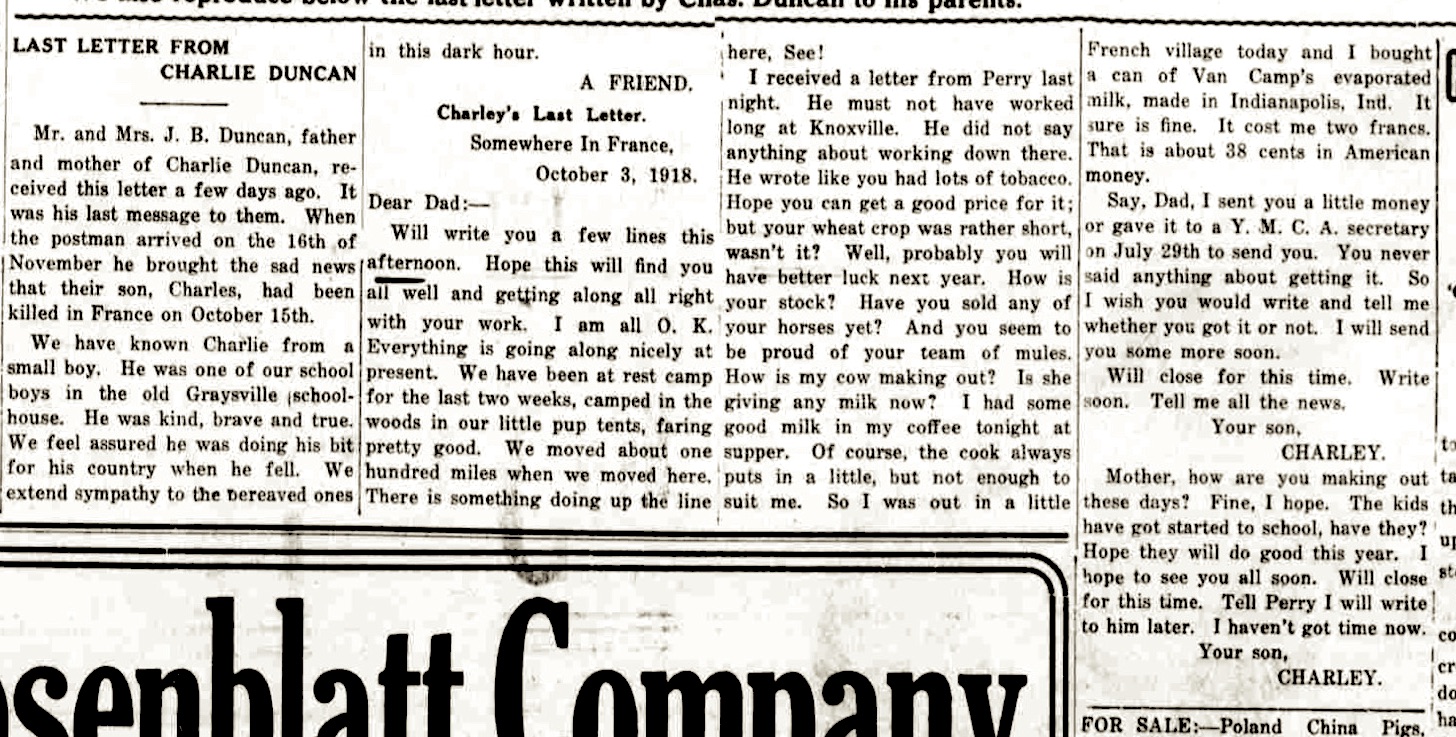 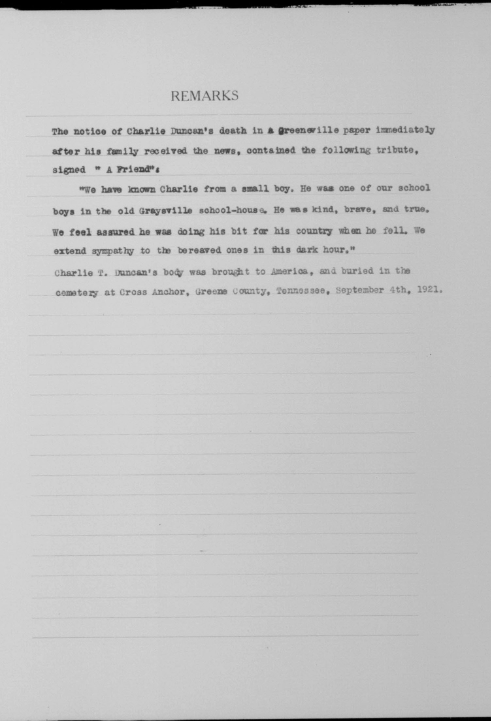 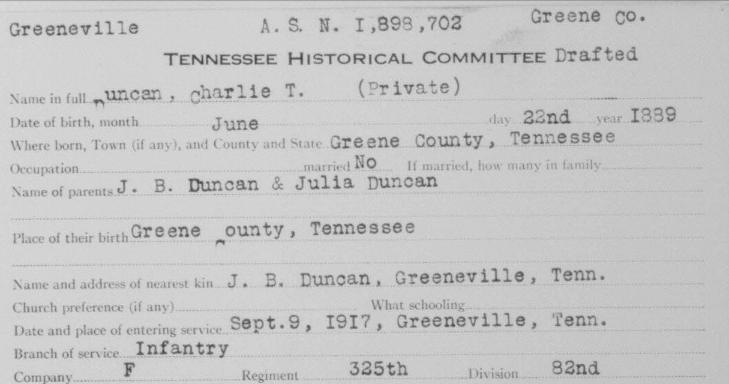 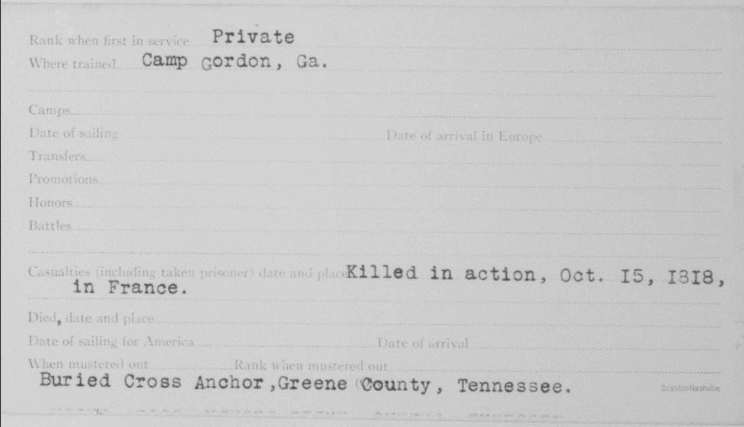 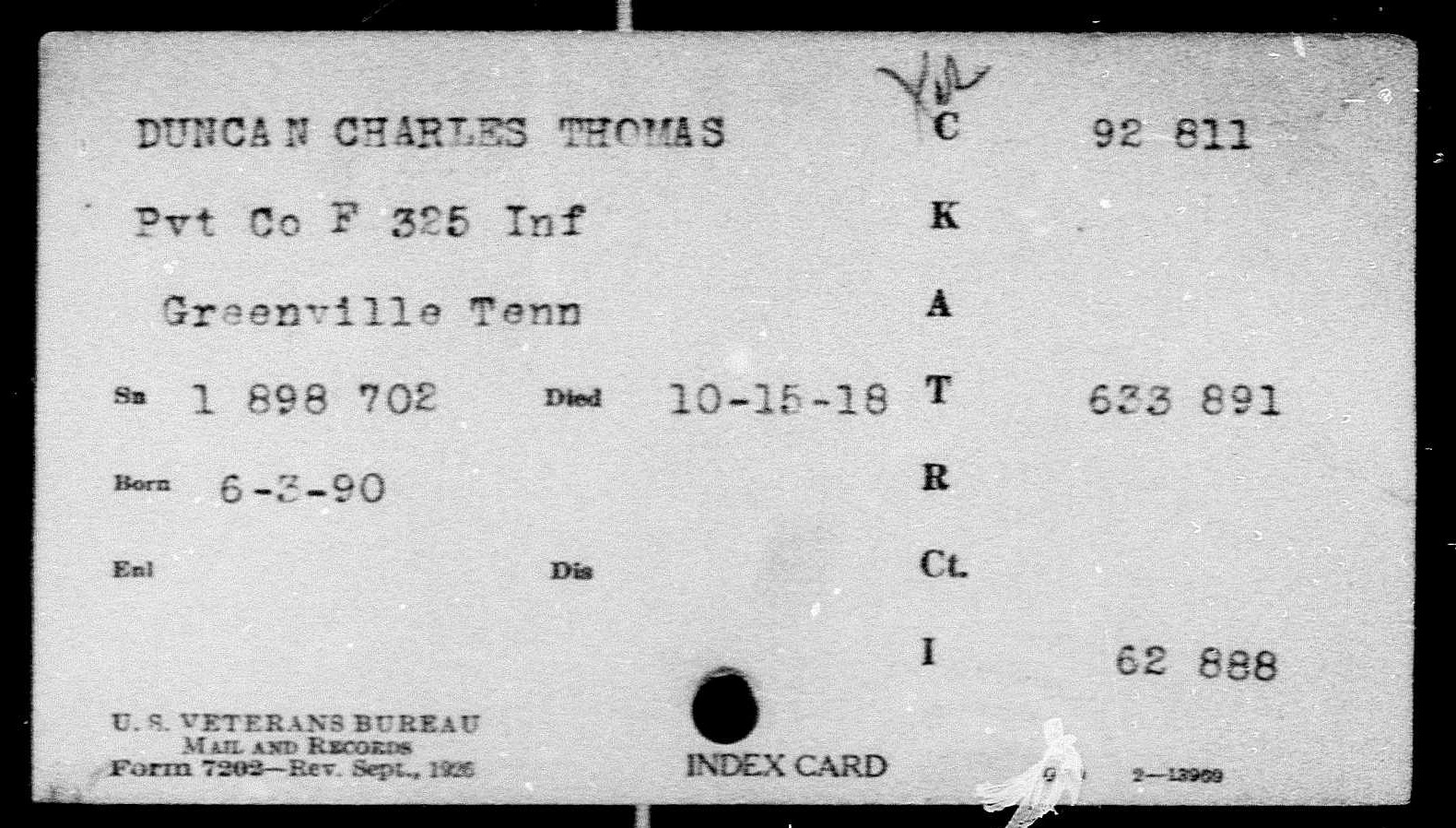 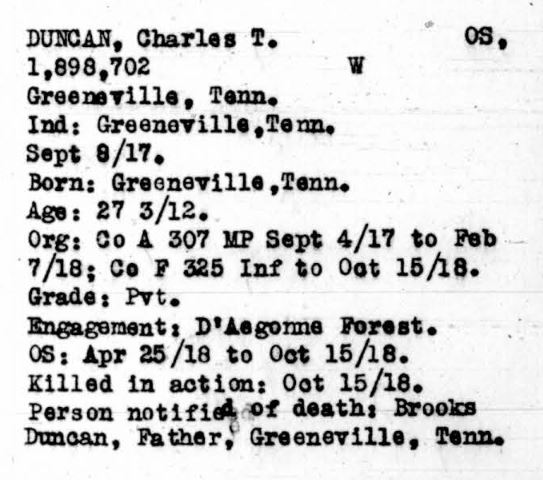 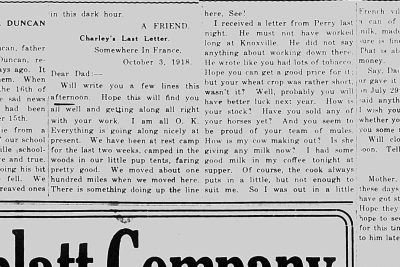