Technician 5th Class Charles C. Ramsey, #14043318 US Army was born in 1917 in Tennessee. He enlisted at Fort McPherson, Atlanta, Georgia on the 13th of January 1941. He was the son of William Perry Ramsey and Cynthia A. Ramsey of Banner Springs, Tennessee. His siblings were Bessie E., Edna E., William H., Lawrence, Lorene, Ciella and Ovid. He was assigned to the 20th Field Artillery, 4th Infantry Division. The 4th ID with the 20th Field Artillery Battalion departed New York City, New York on 18th of January 1944 aboard the U.S.S. George Washington and arrived in Liverpool, England on the 29th of January 1944. The 20th was equipped with 155 mm artillery. The Division landed at Utah Beach on the 6th of June 1944.The Division fought through Normandy through France and into Belgium. In October 1944, the division was fighting in Belgium to take the Siegfried Line. Tech 5 Ramsey died of his wounds on the 19th of October 1944. Buried at Henri-Chapelle American Cemetery, Belgium, B, 4, 14.

Charlie had another brother and sister that are not listed — Brian Ramsey and Lois Ramsey Richards. Lois is my mother. My mother passed away in 2014, and I did not know these details until a few years after she passed. Thank you, Randy Richards 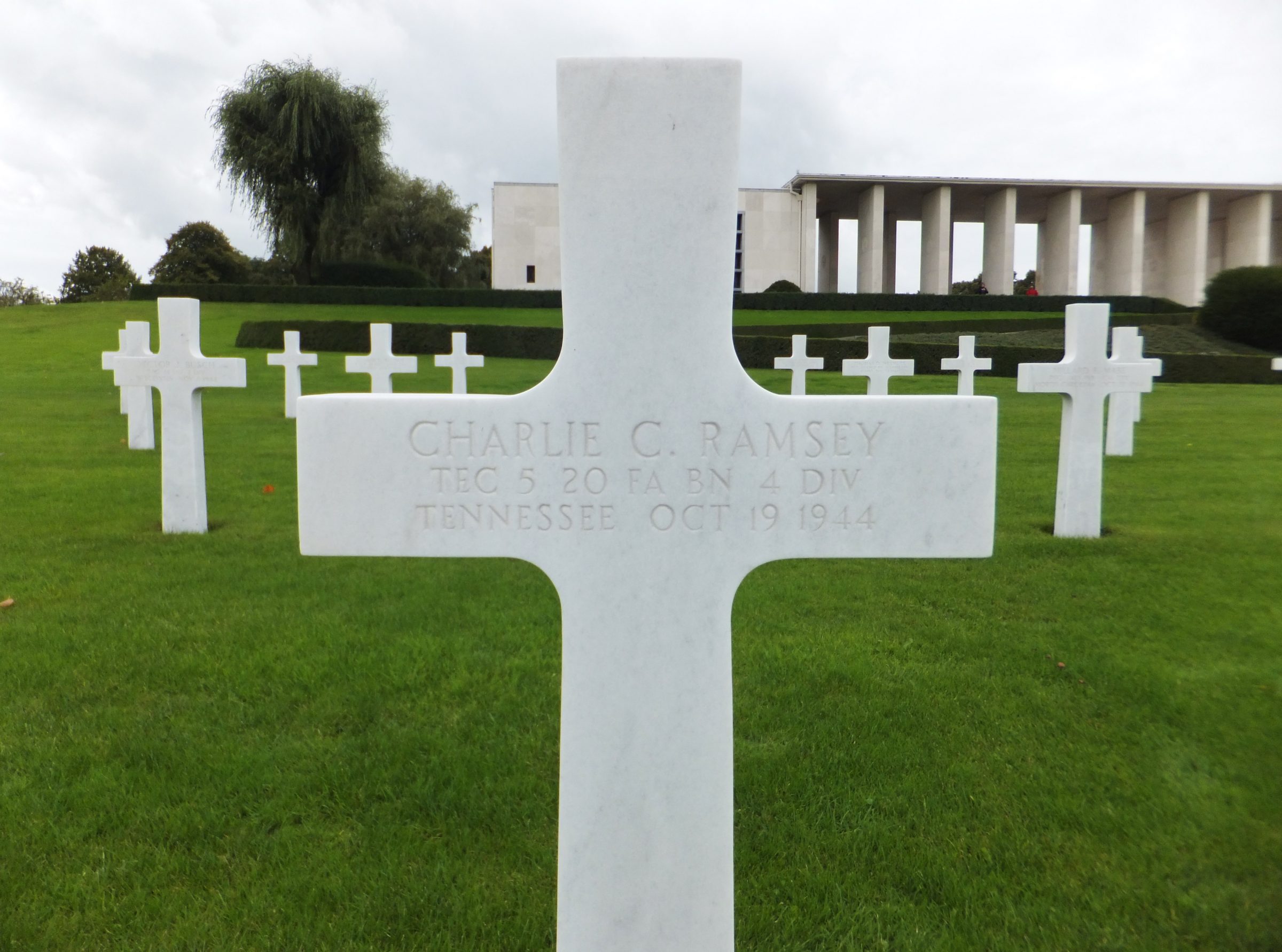 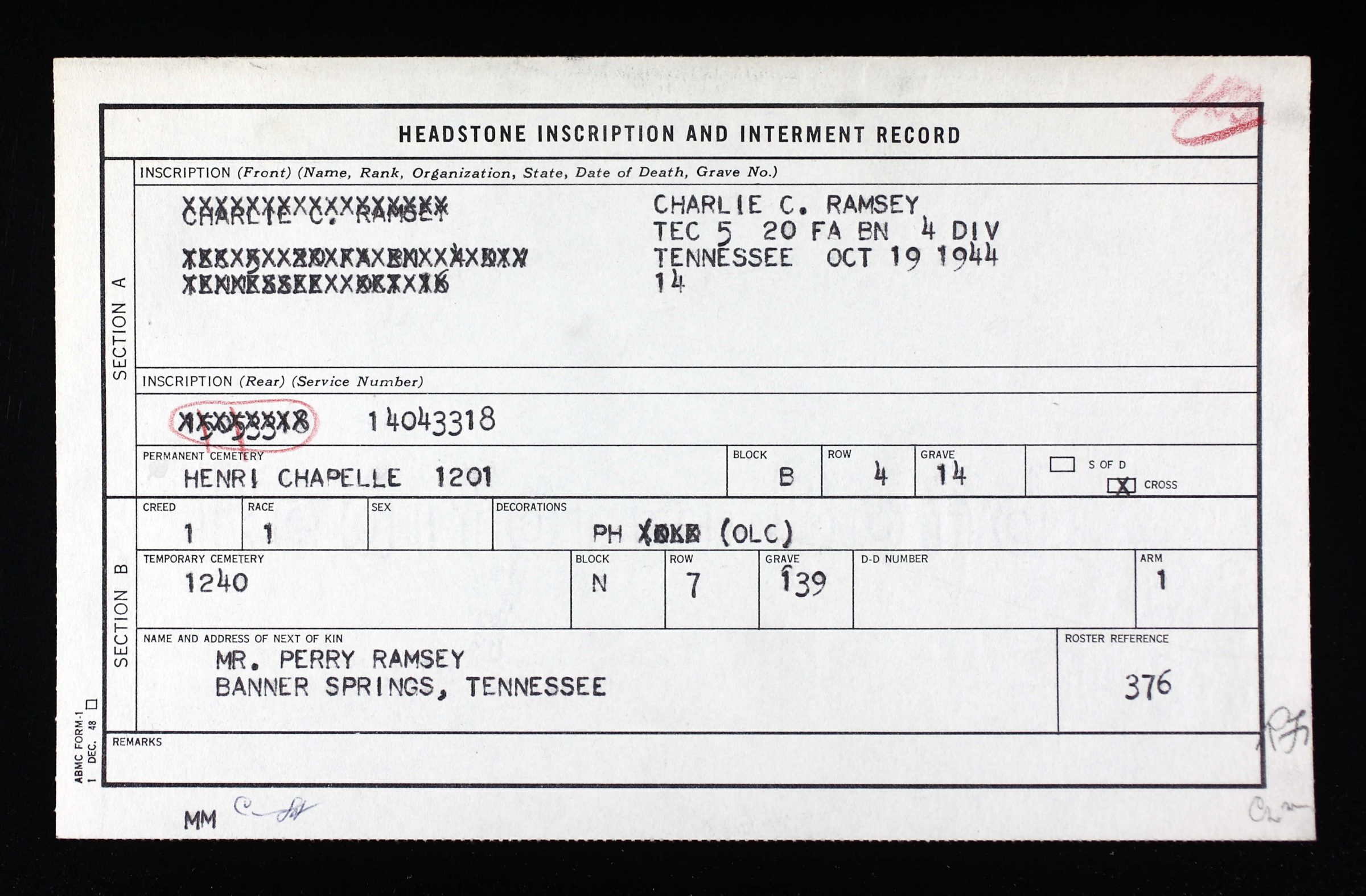