Charley (also spelled as Charlie) Walter Graves was born in Jasper, TN, son of Alfred Graves. He enlisted at Tellico Plains in Tennessee on 19 May 1917. He was killed in action on the Hindenburg line October 5, 1918, near Nuroy, France

Graves was first buried in France. When his remains were returned to the US in 1922, Graves’ name was picked at random from a list of war dead to be buried at Arlington Cemetery as the Known Soldier. His mother however, had him buried in Rome’s Antioch cemetery. The citizens of Rome felt that he should be buried at a more honorable site. Graves was moved to Myrtle Hill cemetery after his mother died. 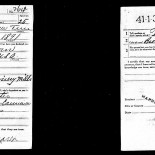 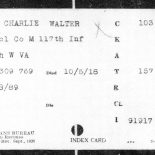 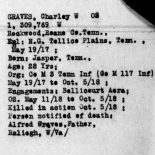