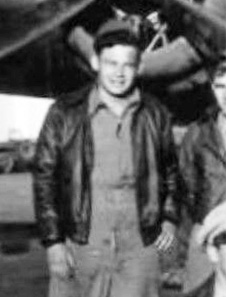 Aircraft B-17G with serial number 42-38069, nickname Big Widget, departed from Amendola, Italy on a combat mission to Odertal Oil Refinery in Germany. Statement from S/Sgt Charles H. Hill, tail gunner on B-17 no. 395. After we left the target, B-17 no. 069 lagged behind us. Our element was separated from the squadron at the time. I heard over the interphone that they were going to throw out all extra equipment and salvo the ball turret. A few minutes later I saw one chute go out, then three FW-190 attacked no. 069. Four chutes came out then, one after the other. The plane flew on behind us for some time until I lost sight of it. This was at 1315 hours from 19000 feet at 46 deg 25 min North 17 deg 10 min East. S/Sgt Willet didn’t bail out. He was killed by shrapnel from 20mm in the forehead at the tail position. The aircraft crashed in Hungary. 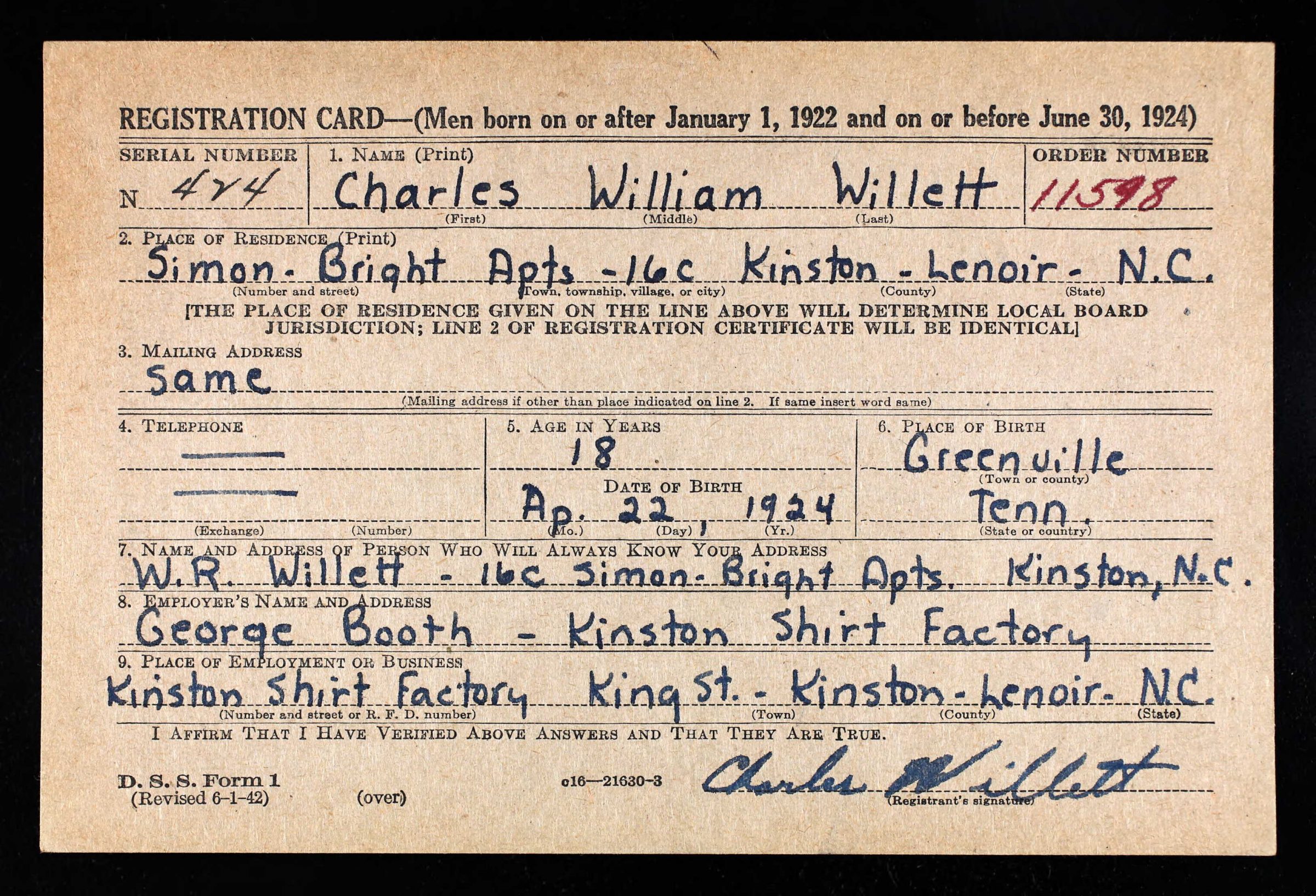 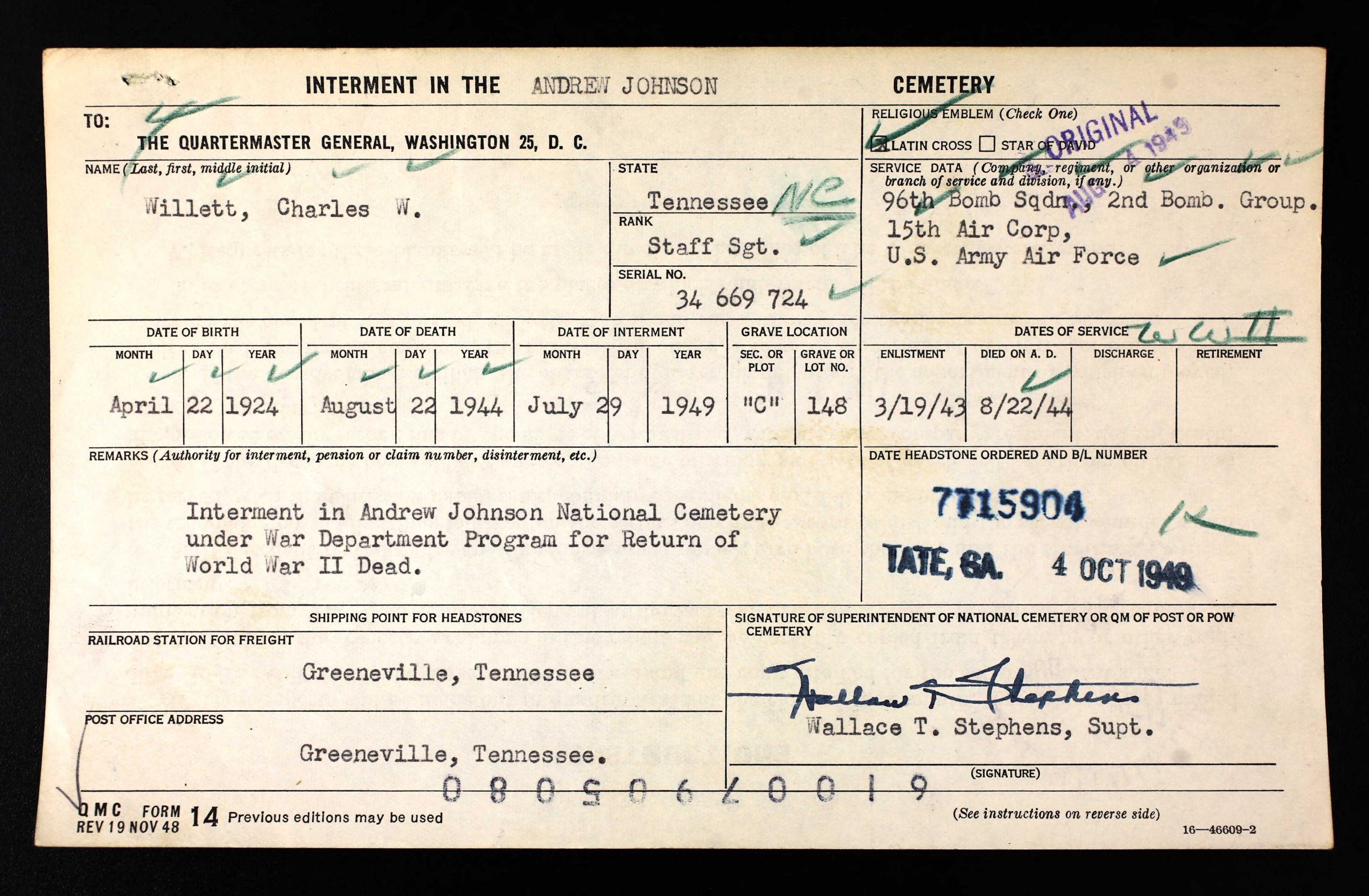 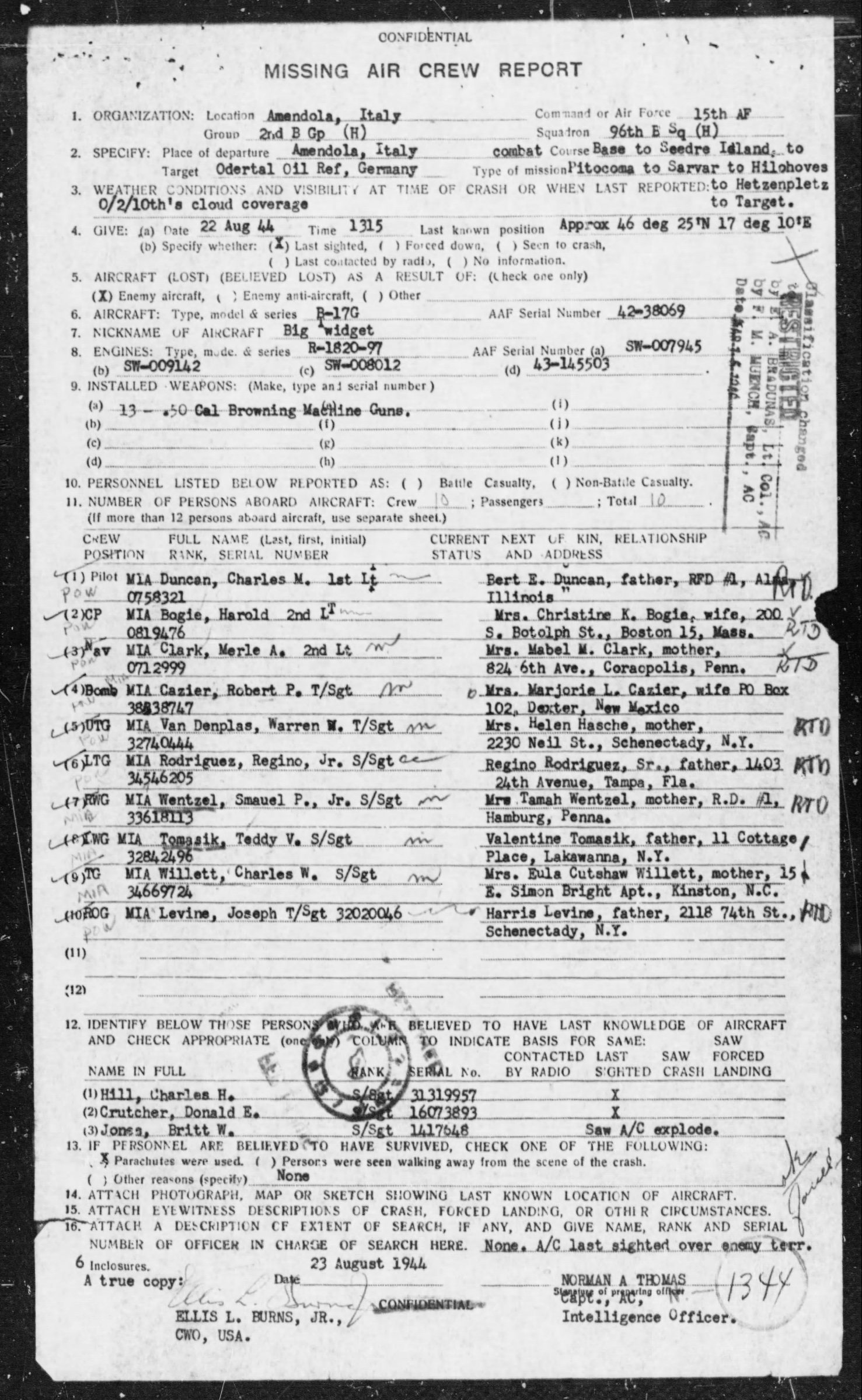 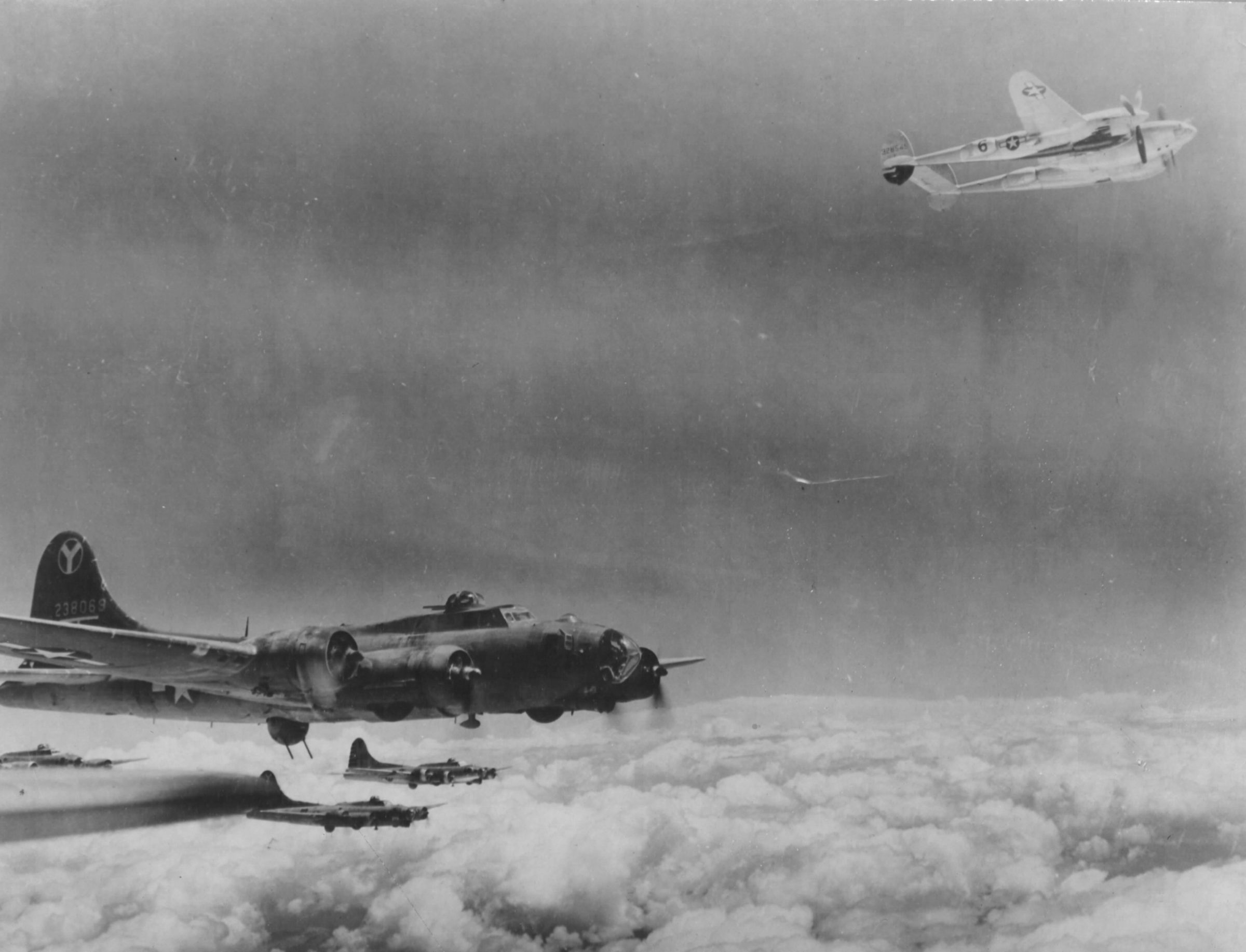