Electricians Mate First Class Charles W. Legarde was stationed on the USS Mayo during his service in World War II.

The USS Mayo DD-422 was a Benson-class destroyer in the United States Navy during World War II and was commissioned on September 18, 1940. The destroyer served in the European and Pacific theatres and was present at the Japanese surrender in Tokyo Bay.

The USS Mayo joined the 8th Fleet in the Mediterranean Sea in August 1943. The destroyer gave fire and antiaircraft protection to the beachhead at Salerno, Italy on September 8, 1943 and again January 22 to 24, 1944 to the assault beaches at Anzio.

At 2001 on January 24, 1945 a sudden explosion killed seven, including Charles Legarde, and wounded 25 of the crew while almost breaking the destroyer in two. 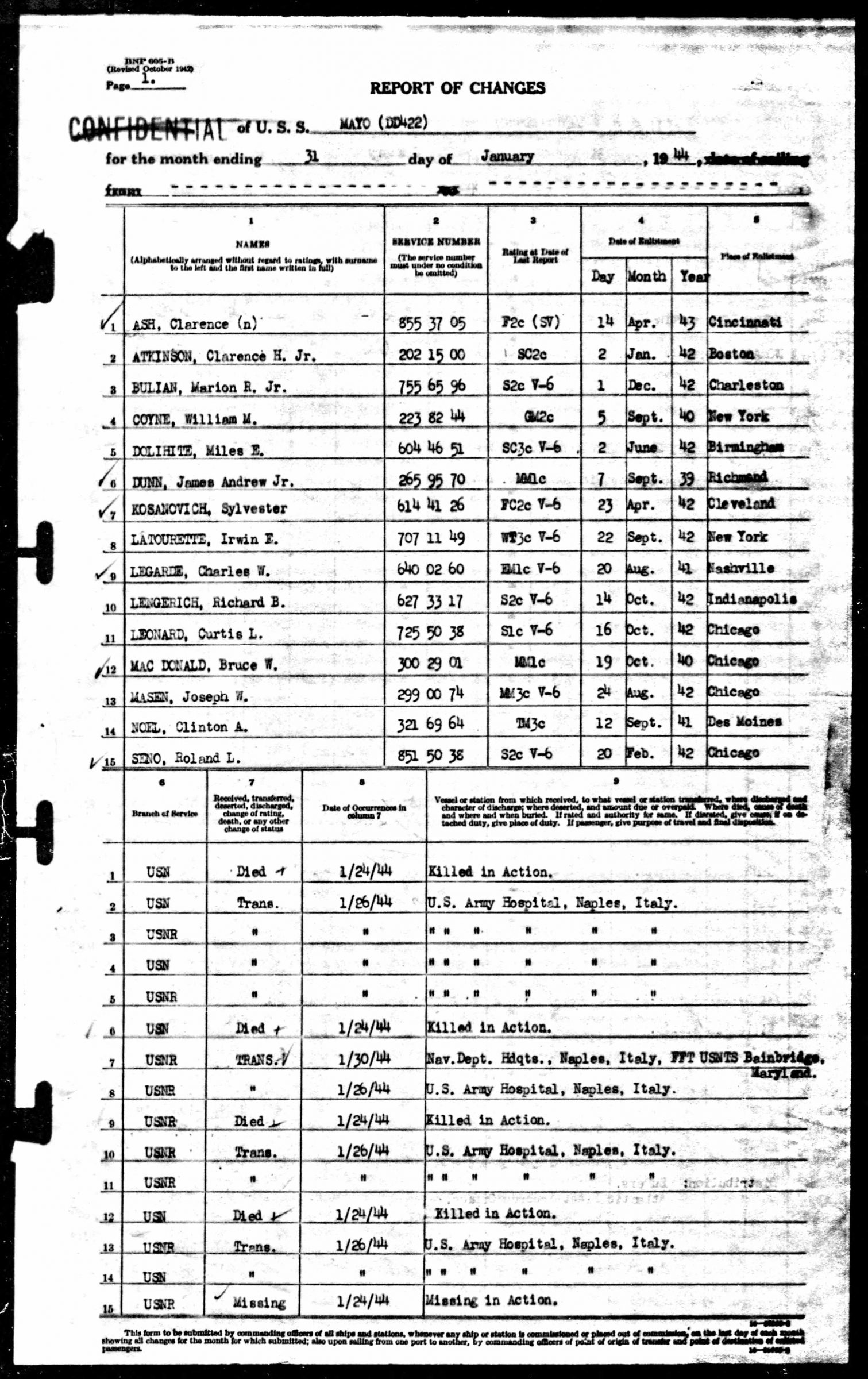 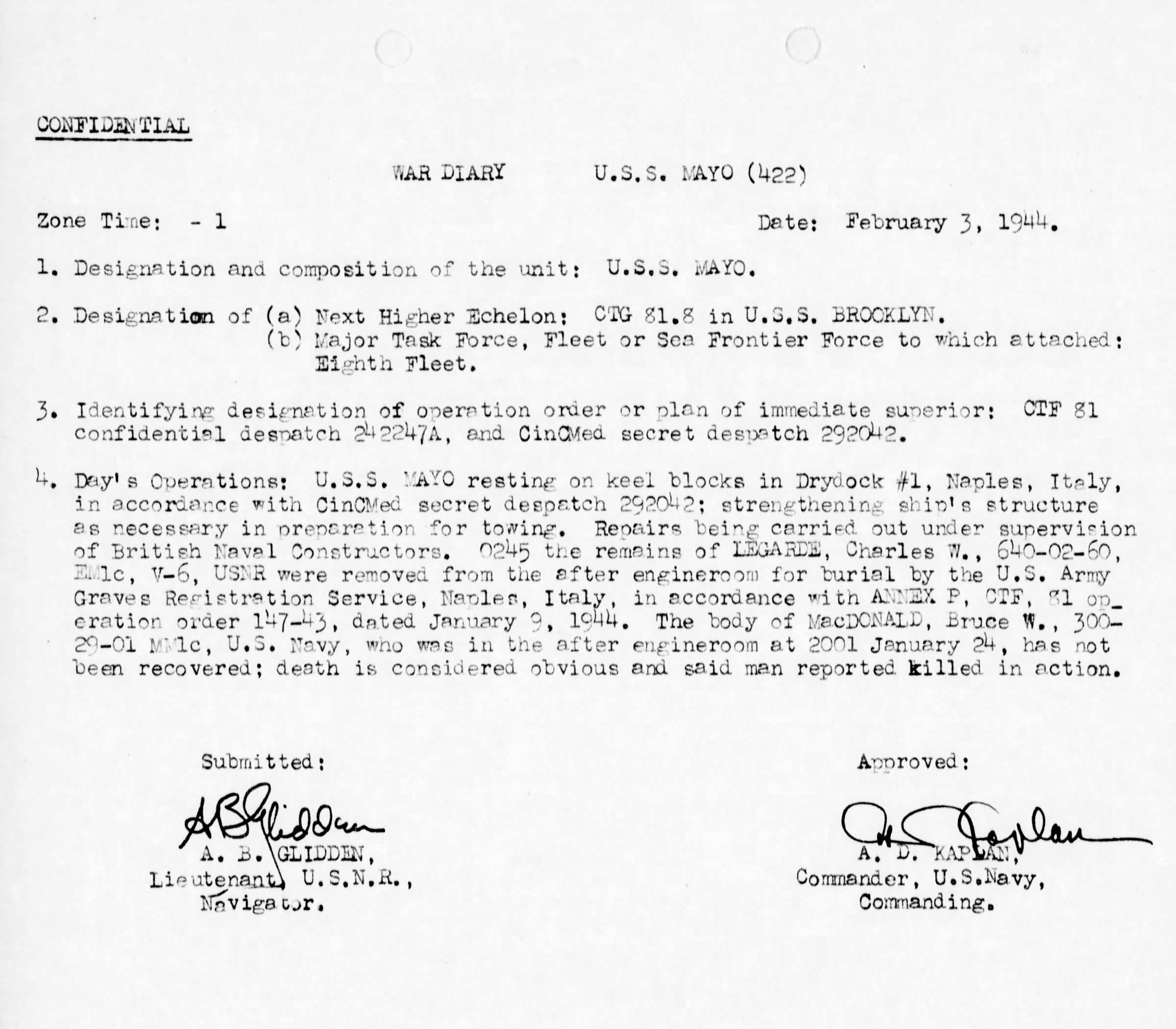 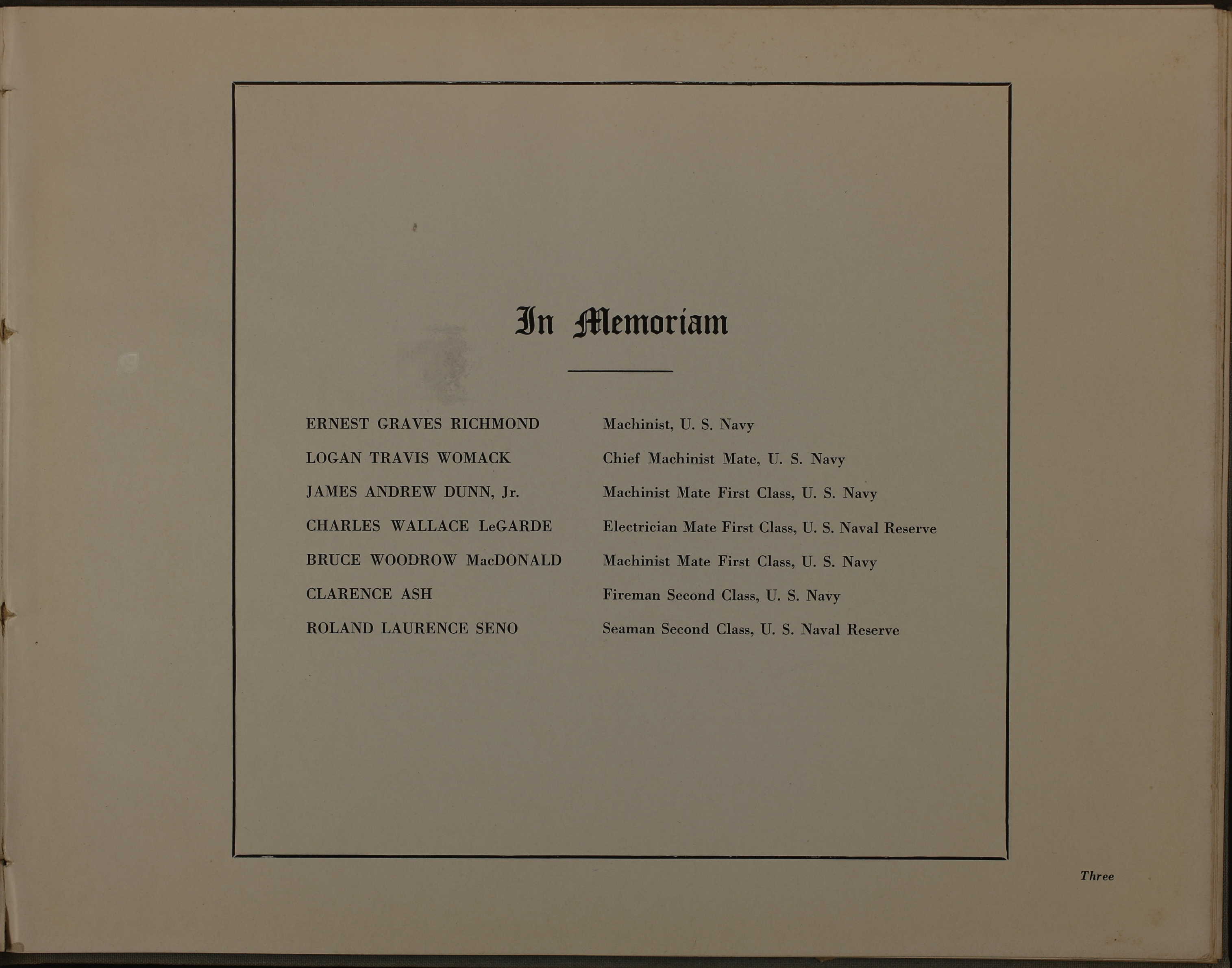 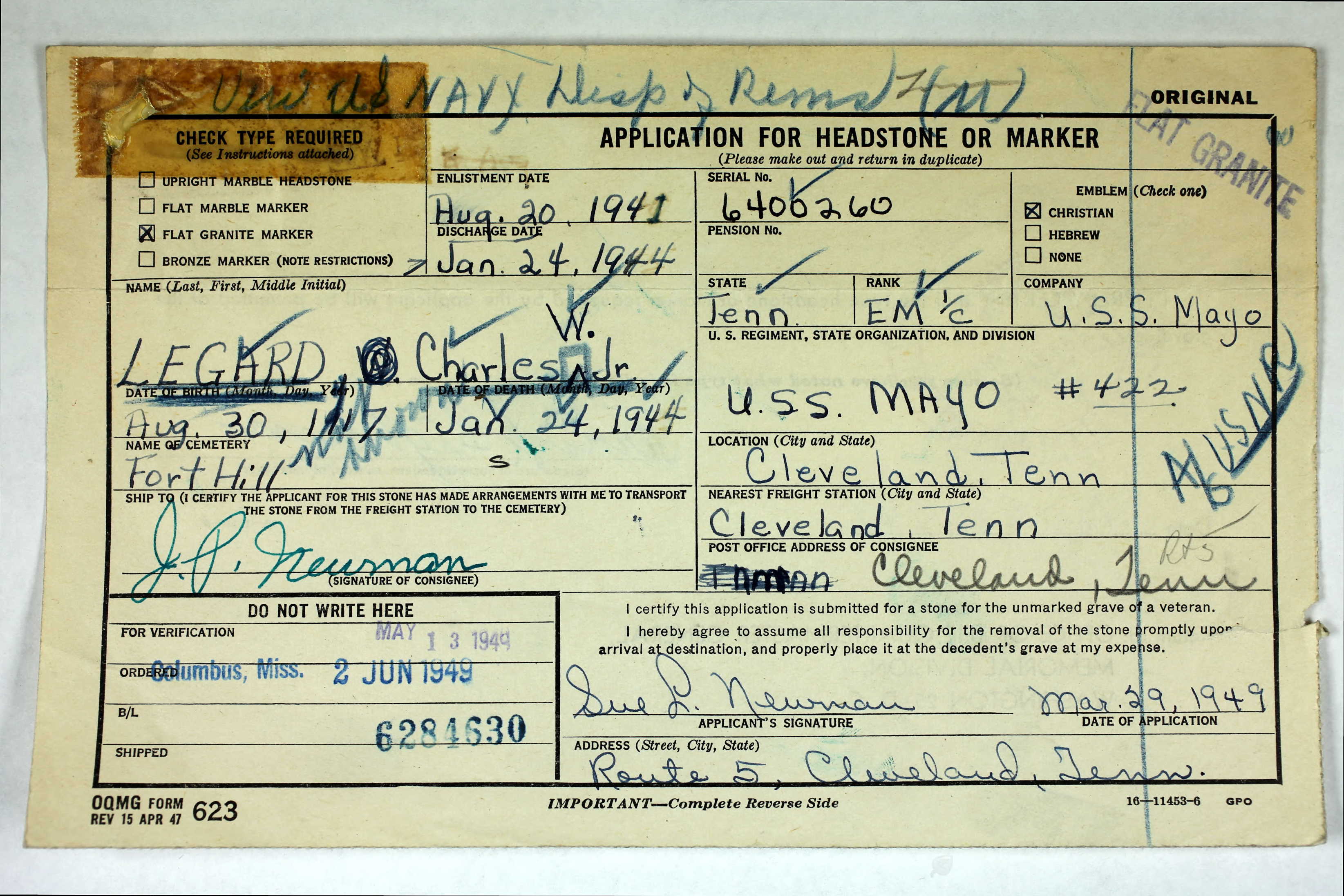