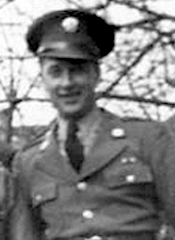 Crossville Chronicle, December 2, 1948
The body of Charles William Hyder, accompanied by Pfc. Potate, military escort, arrived home Tuesday afternoon, Nov. 23 and funeral service were held at the home of his parents, Mr. and Mrs. Thomas Hyder, on the Lantana Road, Wednesday afternoon Nov. 24, at one o’clock.
Services were held in the large living room of the home where the flag-draped casket was surrounded by the many lovely wreaths and floral offerings sent by relatives and friends of the family.
Charles was born in Lantana Sept. 10, 1916 and was killed in action in Italy, Oct. 4th, 1943. He had seen action in the African and Sicilian campaigns. Before entering the army he made his home in Akron, Ohio, where he was employed by the Firestone Tire & Rubber Co. As a member of the police force of the company. While working there he met and married Evelyn Ferris, also of Akron.
He is survived by his wife, Mrs. Evelyn Hyder of Akron, O.; his parents Mr. and Mrs. Tom Hyder of Lantana; foru sisters, Mmes. Pearl Moore and Hazel Hart, of Akron, O., Mrs. Kitty O’Kelly of Barberton, O., and Mrs. Pauline Montgomery, Cleveland, O., and a brother, Walter Hyder of Miami, Fla. All except his brother Walter and sister, Pauline, were with their parents for the services and remained until the end of the week in the Hyder home. An uncle, Nicolas Vandever of Spencer, was also an out-of-town relatives present.
Charles, of Charlie as he was more often called, was born in Lantana and attended school there, later attending the county high school in Crossville. His Sunny disposition and friendliness endeared him to completely at home in the company of either. As a boy he was fond of hunting and trapping, spending hours in the woods with his gun and it was these hours spent with a gun that leter enabled him to score highly in the rifle and pistol practice held in army camps. 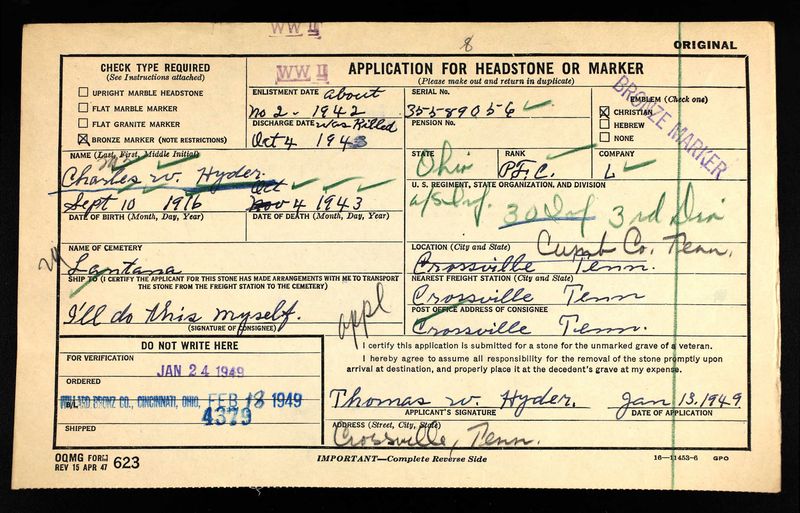 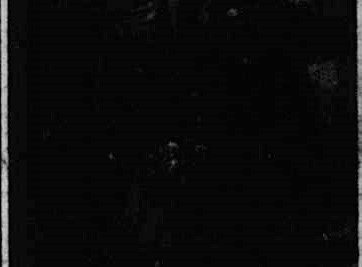 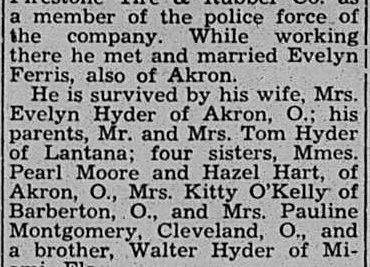