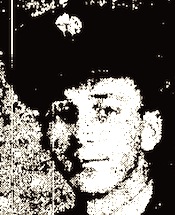 Sergeant Charles W. Fuller, US Army, was assigned to the 22nd Infantry Regiment, 4th Infantry Division. The Division was on the move following its battle back against the Germans at the Battle of the Bulge. It had moved forward across the Sauer River in January and had taken the German position at Fouhren and Vianden. The division was engaged heavily by the Germans at the Prum River until the end of February.

Sergeant Fuller was killed in action on 8th of February 1945. He is interred at Henri-Chapelle American Cemetery, G,1,2, Belgium.

The Kingsport Times News, 4 March 1945:
Sgt C.W. Fuller Jr., son of Mr. and Mrs. C.W. Fuller Sr. 110 West Sevier street, was killed in action in Germany, February 8, according to official word from the War Department. Sergeant Fuller, a member of the infantry, had been overseas three months, entering the service May 15, 1944. 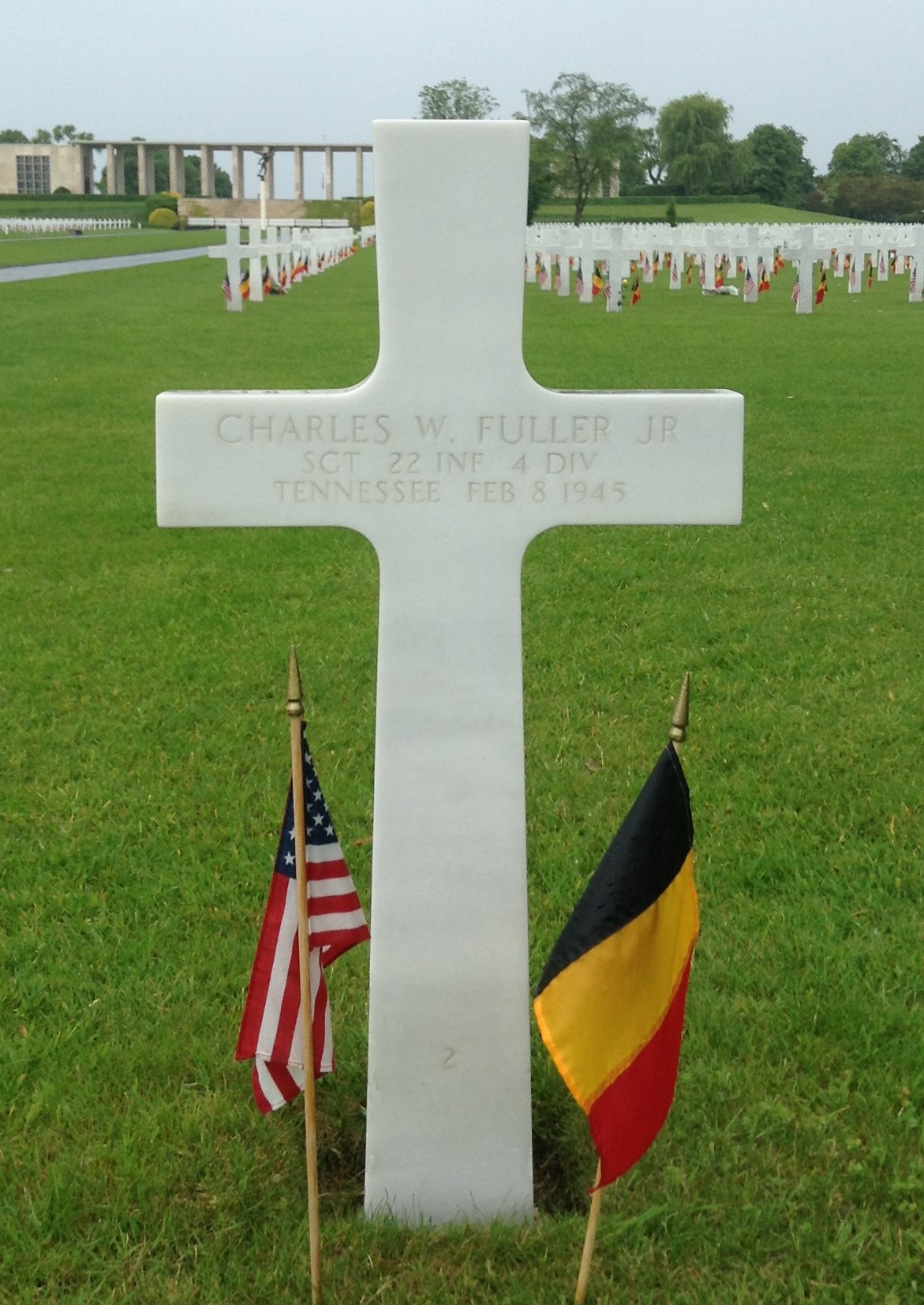 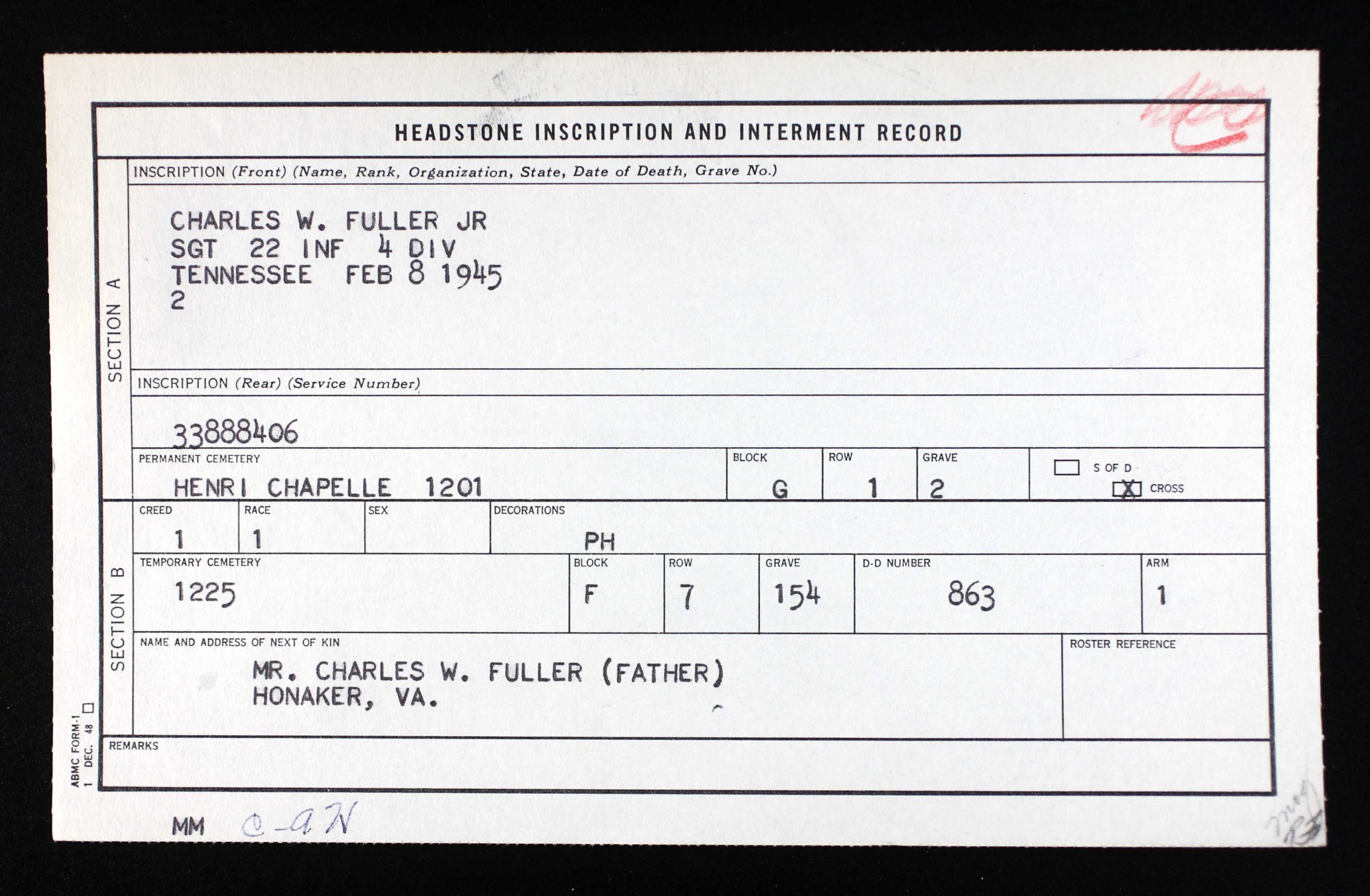 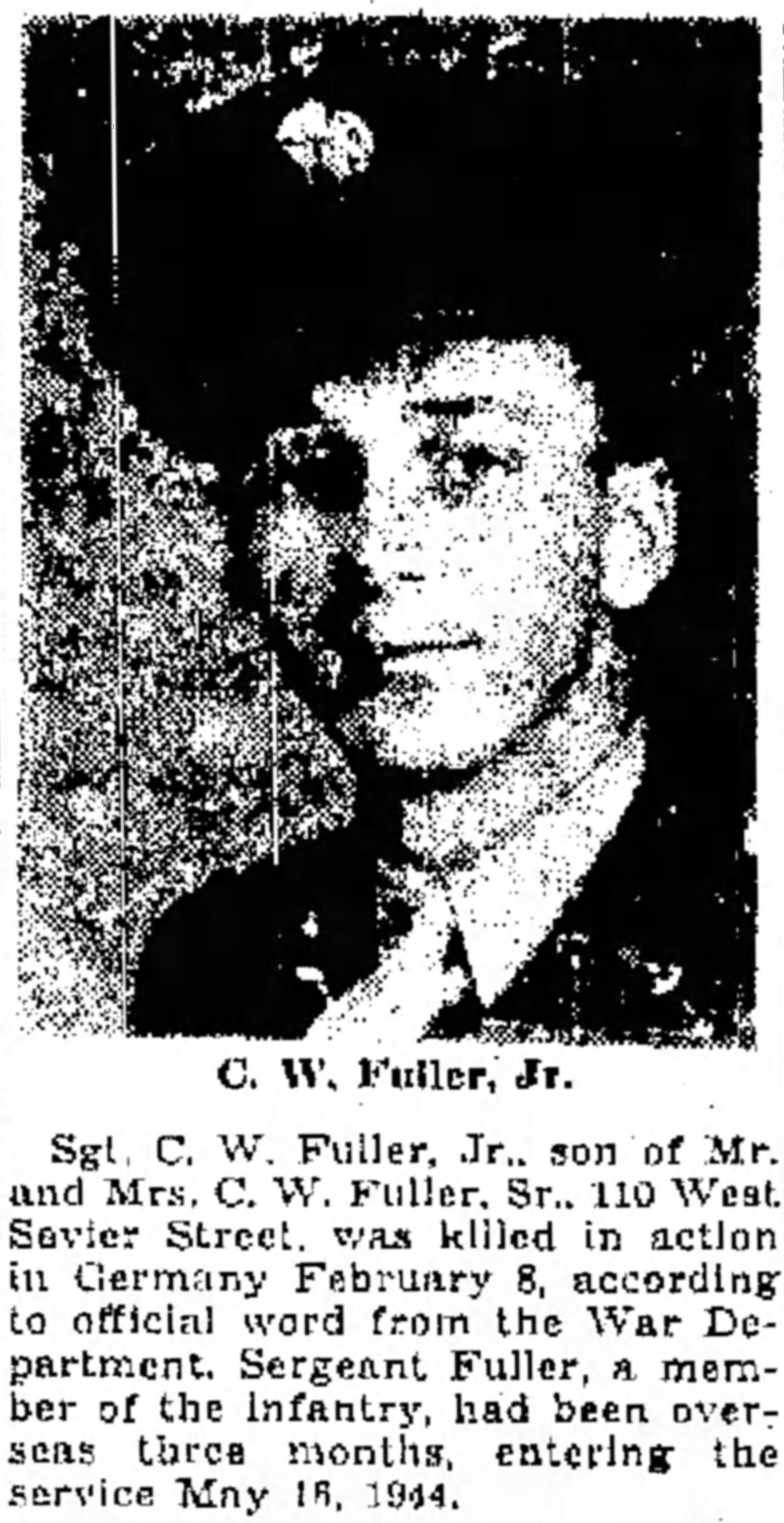