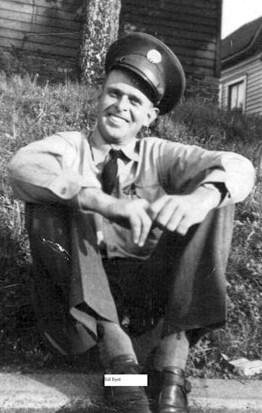 The Knoxville Journal, March 28, 1944
Pfc. Charles W. “Bill” Byrd, 32, husband of Mrs. Rutha Mae Byrd, 216 West Tennessee Avenue, and son of Mr. and Mrs. George W. Byrd of Rutledge, was killed in action Feb. 18, according to word received by Private Byrd’s wife from the War Department. Private Byrd had been in the service since December, 1942, and had been in Italy for two months. He was a member of the Blackwell Baptist Church, Grainger County. He is survived also by one sister, Mrs. Beulah Foster, of Rutledge.