Charles William Brumley was born in 1923
Student and boarder at the Knox County Industrial School during his childhood
He served on the U.S.S. Walke (416)
Memorialized at Manila American Cemetery in Fort Bonifacio, Philippines
Mother: Mrs. Mattie Underwood, 620 Lilac Avenue, Knoxville

The Knoxville News-Sentinel, December 12, 1942
Students of John Tarleton Institute, Middelbrook Pike, will find the big American Flag on the campus at half mast when they line up for Sunday School tomorrow. Word has just been received of the death in action of the first John Tarleton boy in the present war. Seaman Charles Brumley, 21, was killed while serving in an unidentified area, according to the message to his mother, Mrs. Mattie Brumley, of 620 Lilac Avenue. Young Brumley entered the Institute when 7 years of age and was there several years. “He had a fine school record,” said Supt E.C. Simm today. The young man volunteered Feb. 7, 1940. 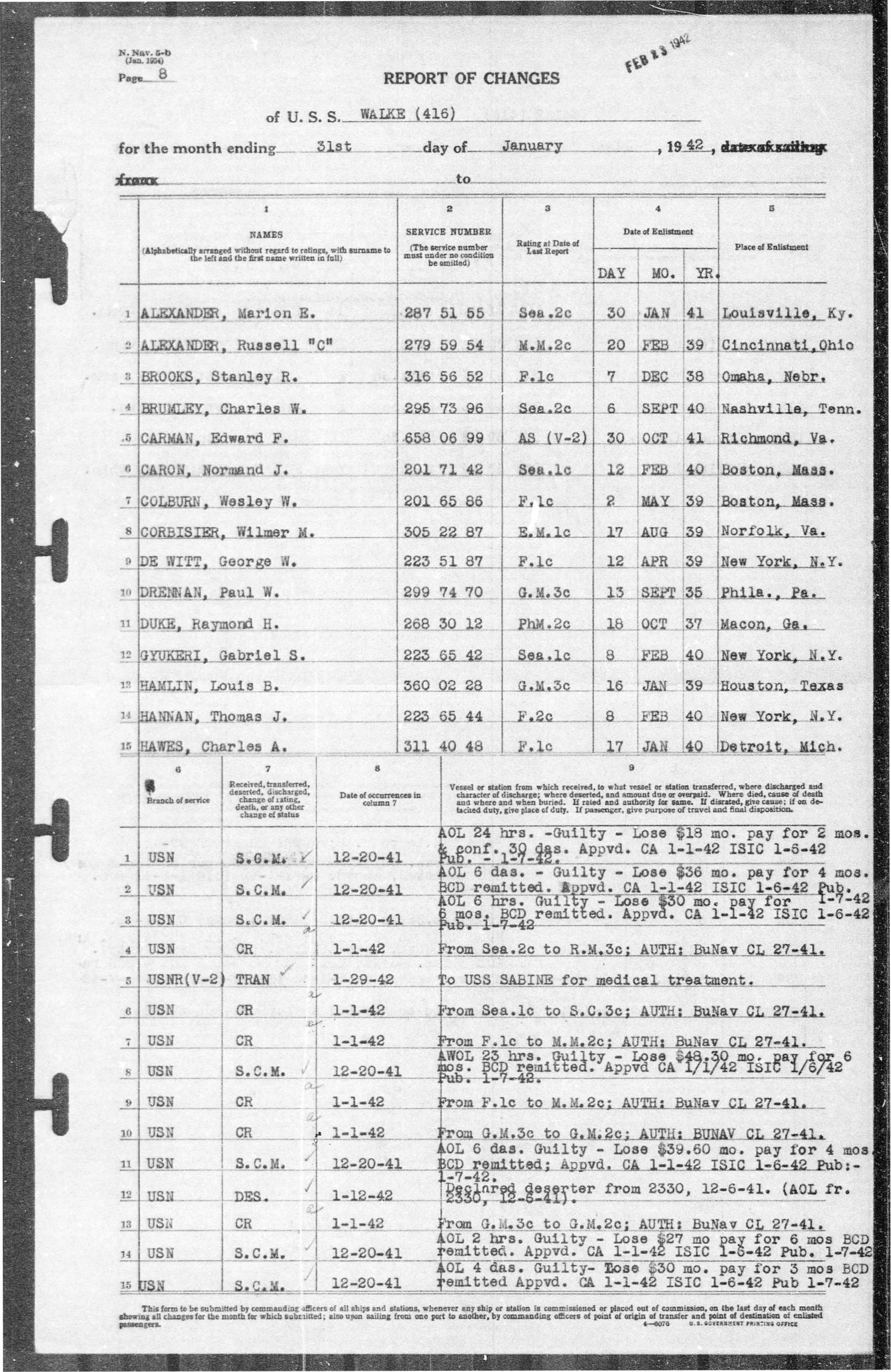 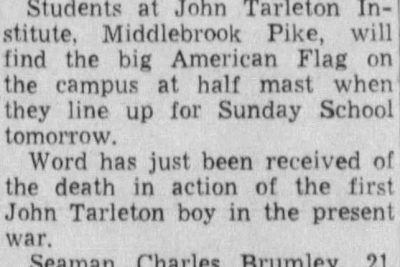