Charles William Bray was born 8 February 1921 in Lenoir City
He was Killed in Action in Saipan, 15 June 1944
Buried at Lenoir City Cemetery

The Knoxville News-Sentinel, July 3, 1944
For more than two years, Mrs. Fronia Ward, 1322 Crockett Street, has had sons serving in Army, Navy and Marine Corps, and word has come that Marine son, Pfc. Charles W. Bray, 23, has been killed in action. “Charley was in action in the Marshalls and we believe he may have been killed in the present hard fighting on Saipan,” the mother said.
Pfc. Bray was a brickmason before volunteering two years ago. In his last letter, seven weeks ago, he said “am well and doing fine, and don’t you worry too much, Mother —._
Mrs. Ward’s other sons are Pvt. Ralph Bray, 25, in the Air Forces; and Seaman Luther Lee Bray, 20, at a California station. 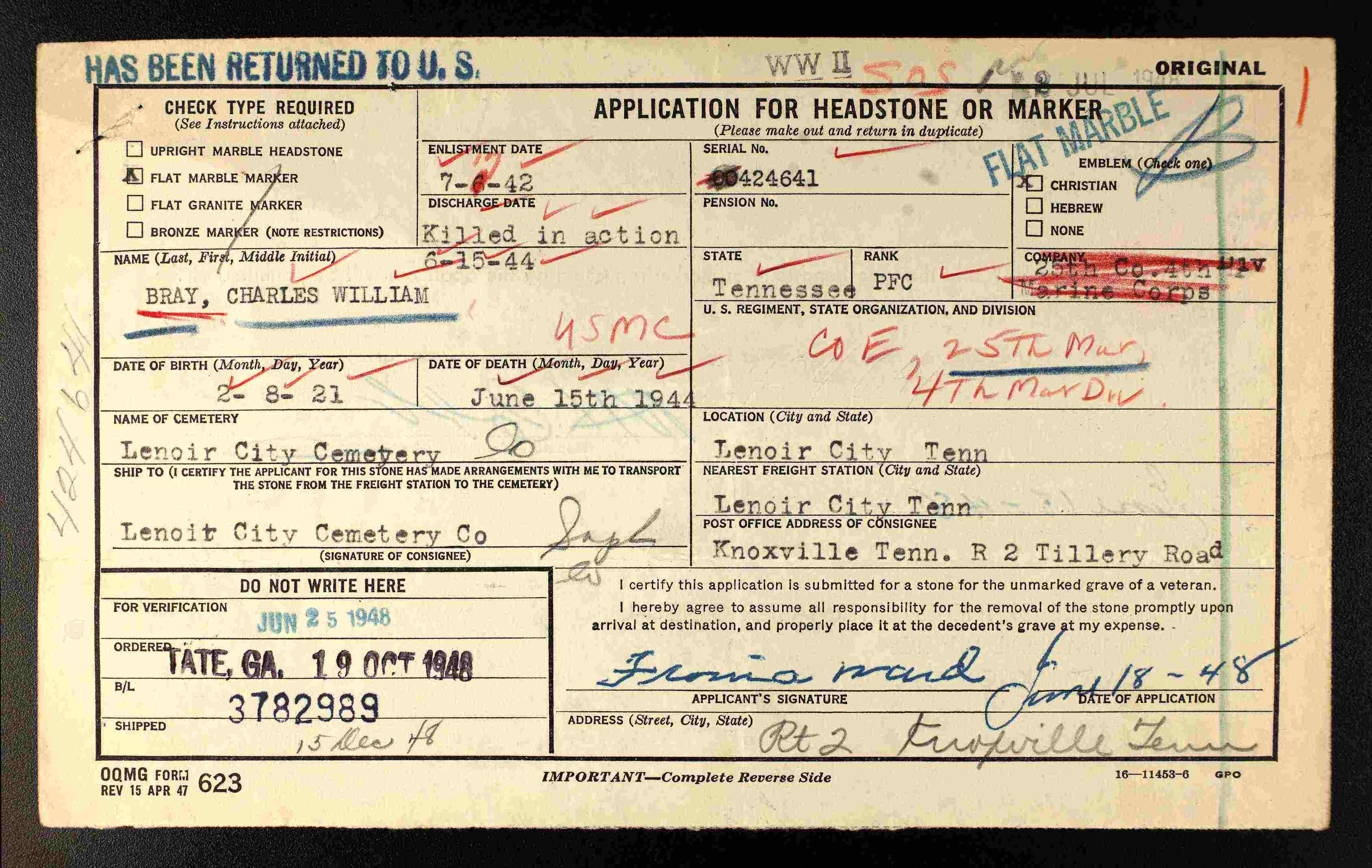 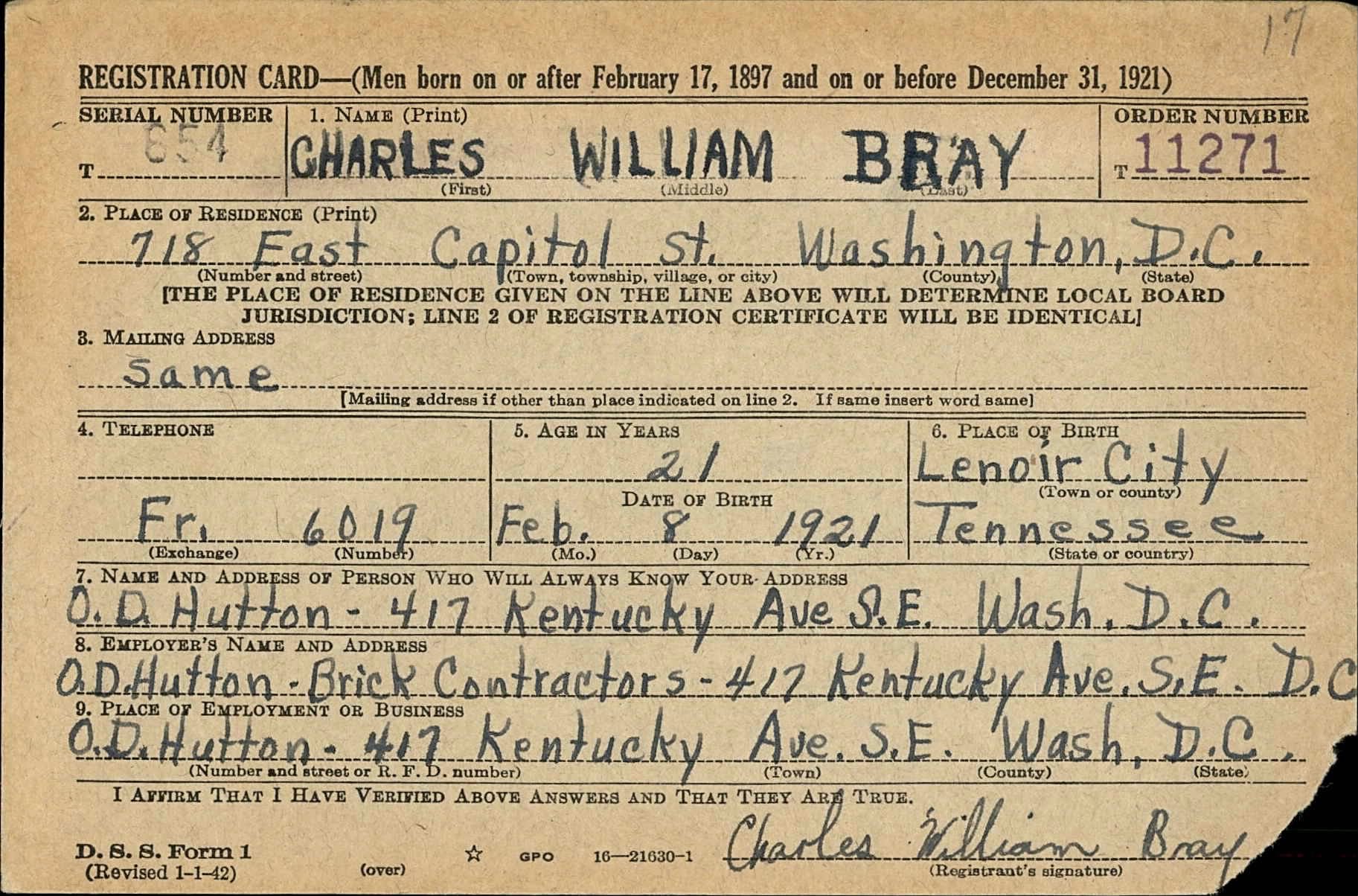 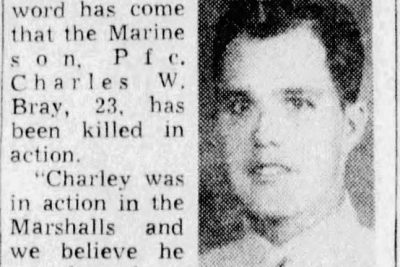