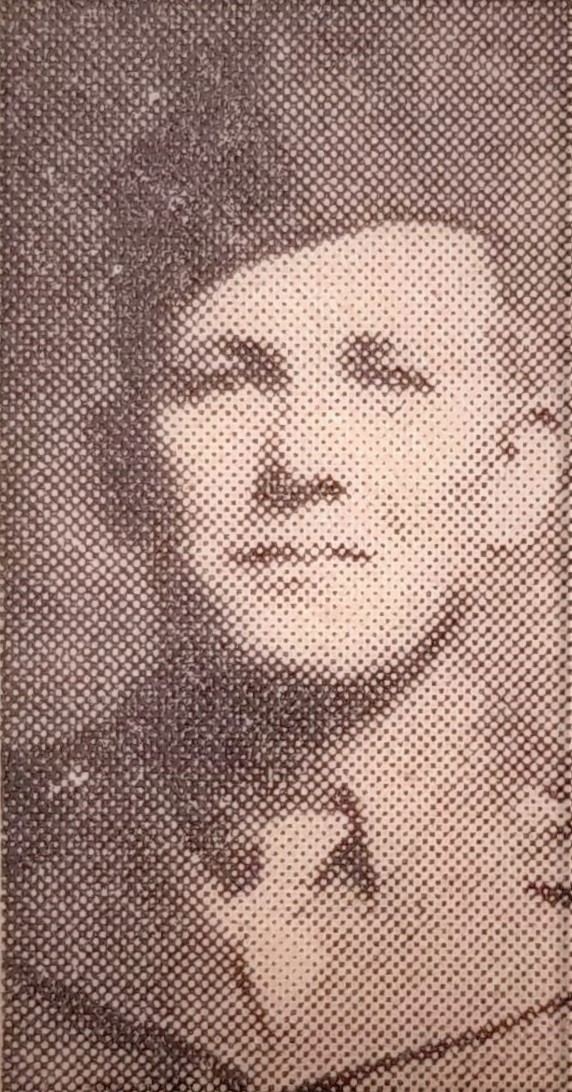 The Knoxville Journal, February 23, 1945
Private Charles Taylor, 18, son of Mr. and Mrs. Charles Taylor of Corryton, died Feb. 10 in France of wounds received in action in Germany, the War Department has notified his parents. Private Taylor enlisted in the Army March 18, 1943, and took his basic training at Camp McCain, Miss. He went overseas five months ago and was serving with a engineer outfit when fatally wounded. In addition to his parents, he is survived by three brothers and two sisters. The brothers are Frank Taylor, who recently was in service, and Roy and R.B. Taylor. The sisters are Betty and Aileen Foster of Blaine. 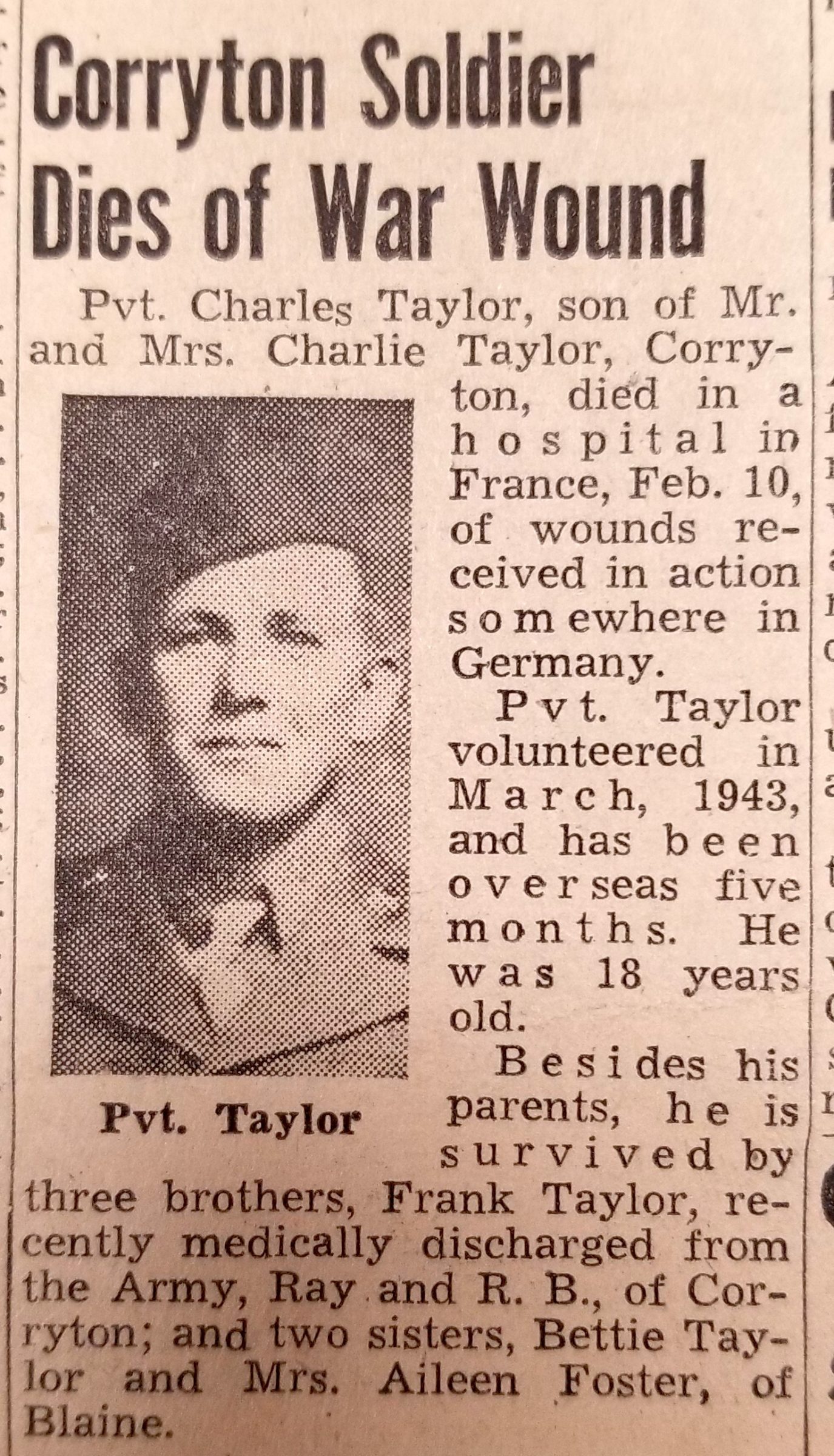 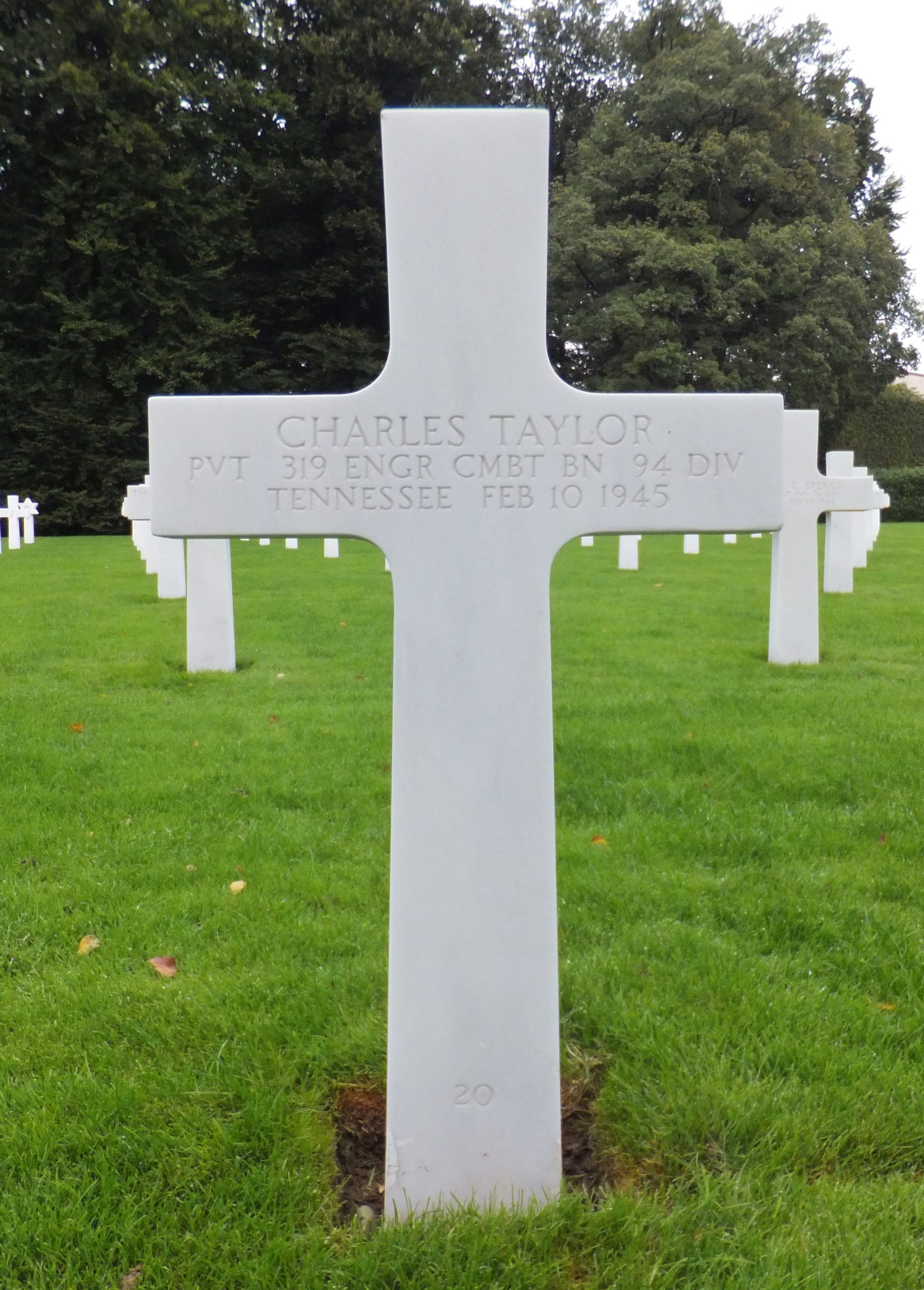 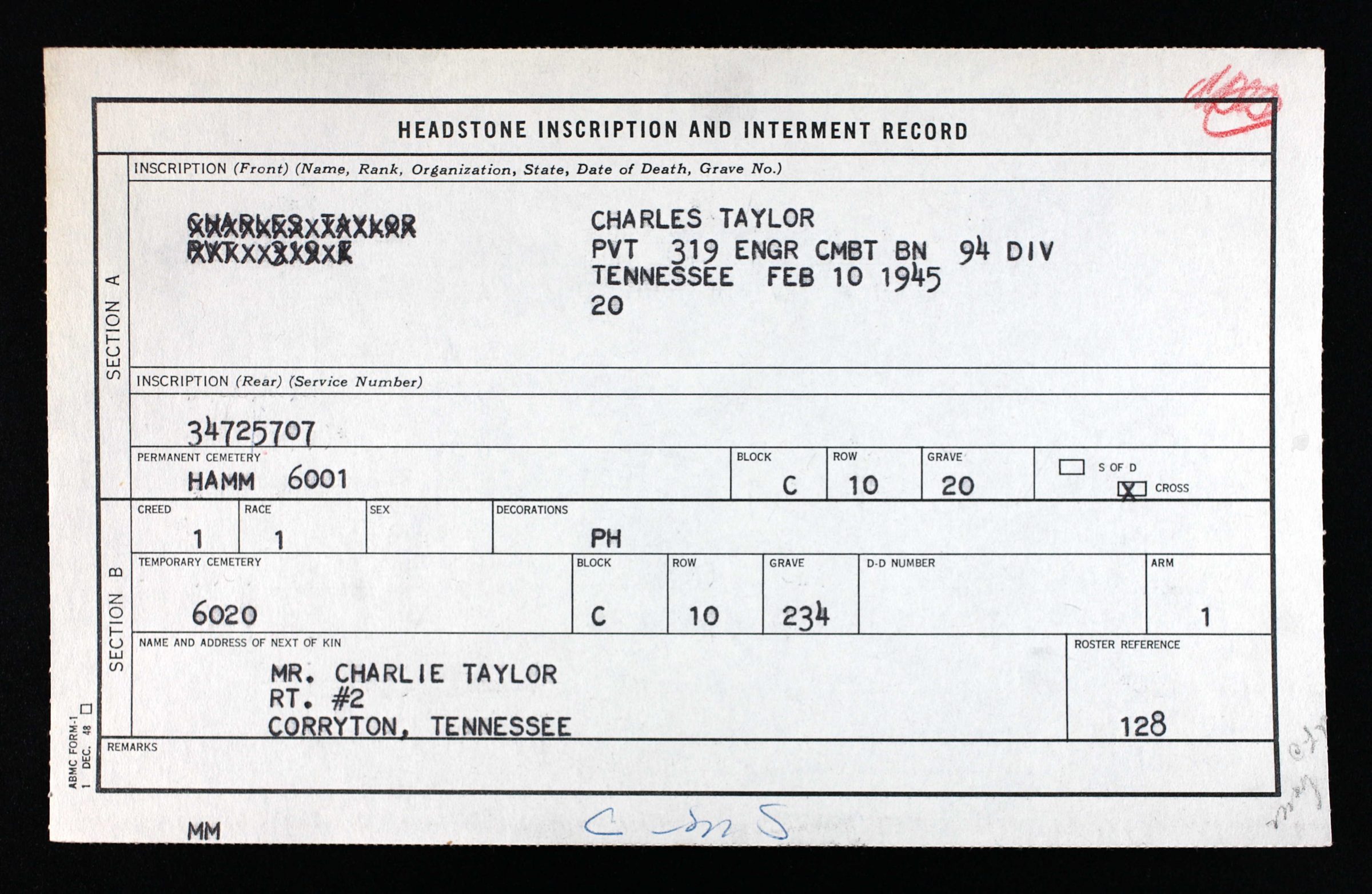