Charles Thompson was born 16 May 1920 to Rasa E. Lewis. His Stepfather was John C. Lewis.
He died of wounds 22 November 1944 in Germany.
Buried at Clapps’ Chapel Cemetery, Corryton, TN 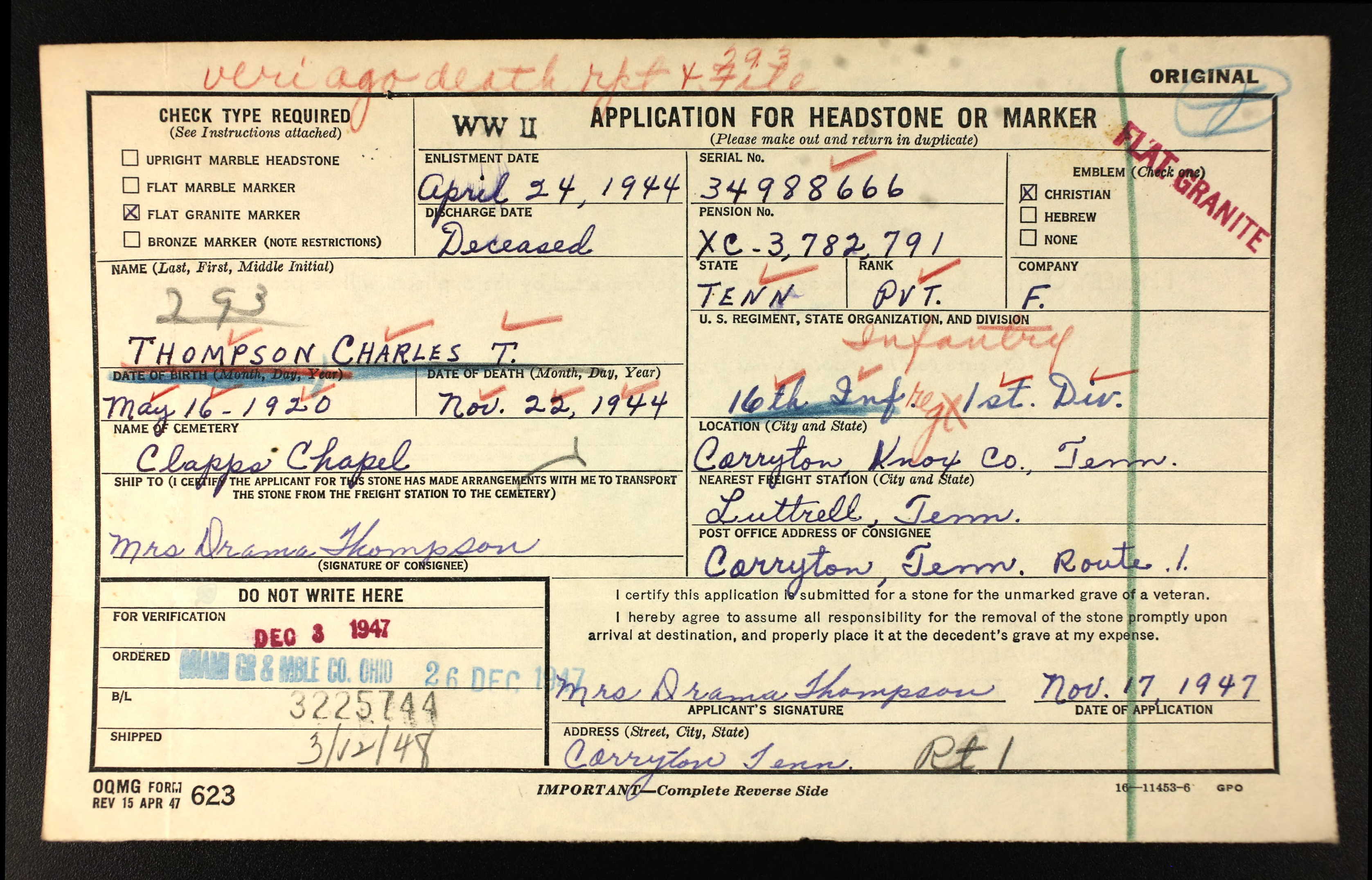 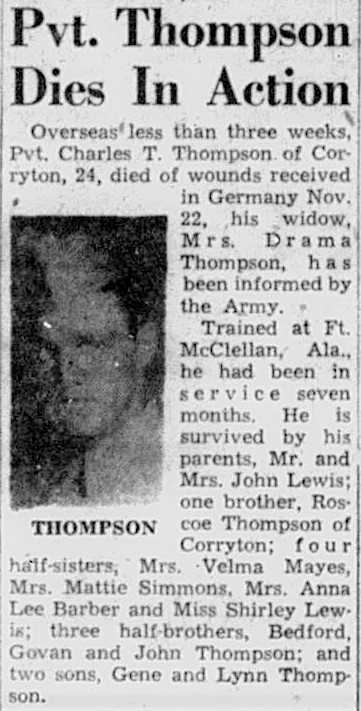