The Kingsport Times, 11 October 1945
Fletcher given Bronze Star Posthumously
The Bronze Star has been awarded posthumously to PFC Charles T. Fletcher, his uncle, Police Captain G.W. Fletcher, has been notified by the War Department.
The young infantryman, who was killed November 26, 1944 in Germany, was commended for heroic achievement in military operations against the enemy.
The citation accompanying the award states that on November 24, 1944, PFC Fletcher distinguished himself in combat as a member of a carrying party, delivering urgently needed ammunition to a hard-pressed heavy machine gun platoon.
This ammunition which was carried across open terrain under artillery, mortar and small arms fire was an instrumental factor in repelling a strong enemy counter-attack.
Private First Class Fletcher’s courage and devotion to hazardous duty reflect great credit upon himself and the military service.
Presentation of the medal will be made to the young soldier’s family within the near future.
Infantryman Fletcher had been overseas since the spring of 1944, first in England, then to France with the first wave of the invasion on D-Day, June 6, when he was wounded.
After recuperation in England, he returned to his old unit in the fall, participating in some of the heaviest fighting of the entire German campaign.
The soldier’s father died when he was a child, and he had been reared here by his uncle. His mother, who had received his Purple Heart, lives in High Point, N.C. 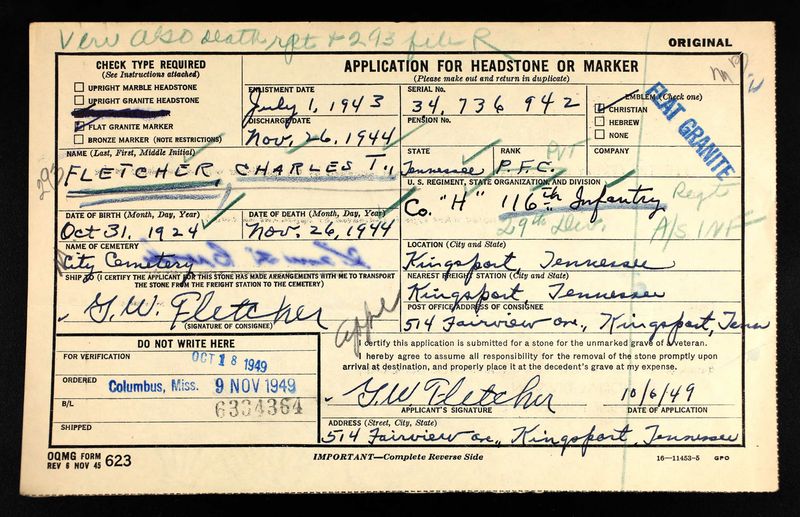 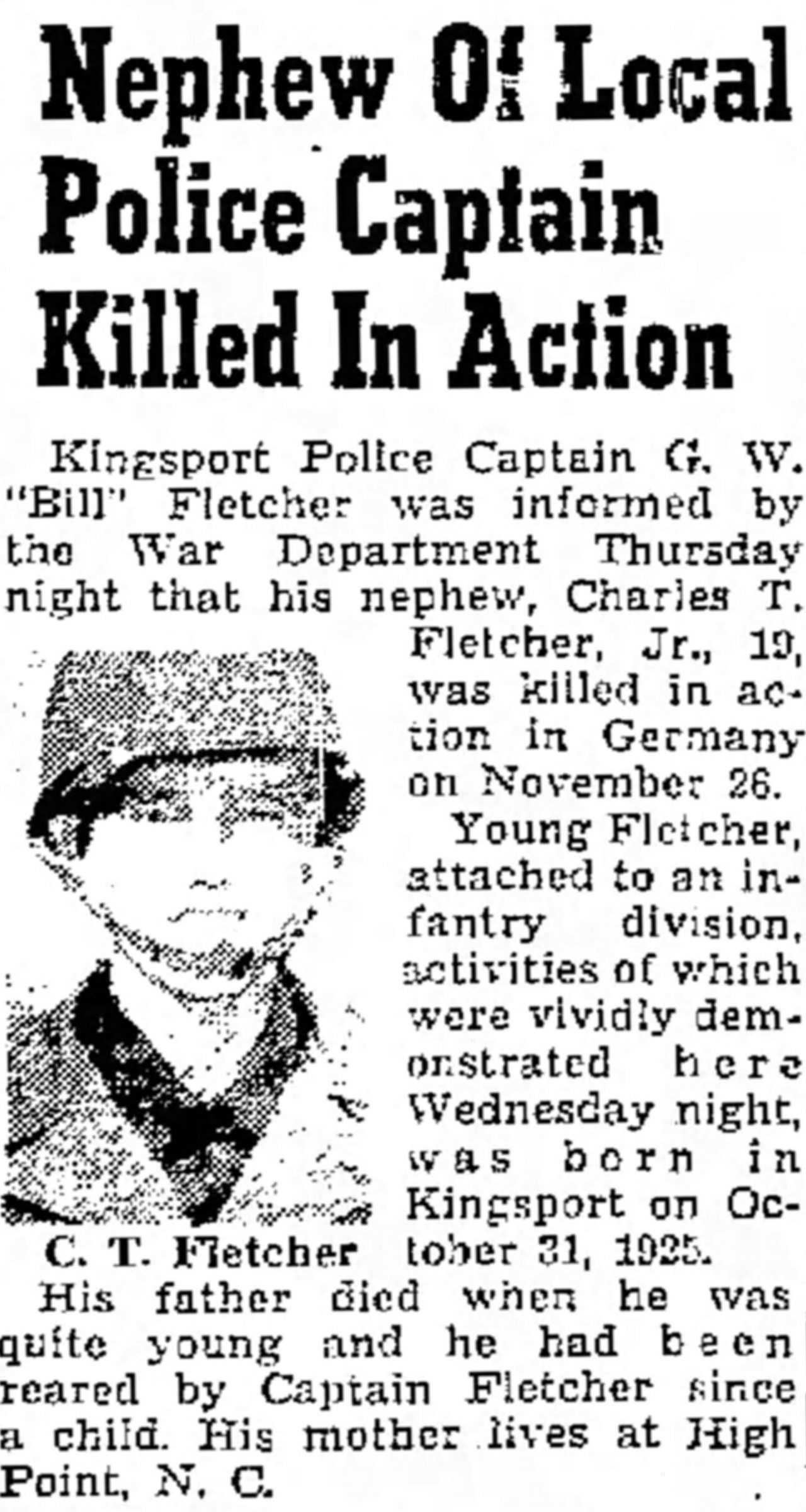