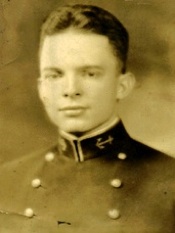 Lieutenant Charles Rollins Ware was born March 11, 1911 in Knoxville. He joined the Navy in 1929 from Athens, TN, where his mother, Mrs. Zena Ware, was living at the time. In 1934 he graduated from U.S. Naval Academy at Annapolis, MD, and served at sea on various ships until 1940 when he entered flight training. On earning his wings as a naval aviator, Lt. Ware was assigned first aboard the aircraft carrier USS Enterprise (CV-6).

Lt. Ware and his section of six Douglas SBD-2/3 “Dauntless” dive bombers joined other planes from the USS Enterprise and the USS Yorktown in pressing home a fierce attack on three Japanese carriers, while fighting a large number of Japanese “Zero” fighter planes that protected the enemy fleet. When a second wave of Japanese planes appeared from a fourth enemy carrier, Lt. Ware attacked them without hesitation, even though his section’s fuel and ammunition were running low. The possibility of the aviators returning to their carriers diminished with every passing second but Lt. Ware continued the attack until the last moment.

The Knoxville Journal, June 20, 1942
Lost at Midway – Believed among the Navy airmen lost in the Battle of Midway is Lieutenant Charles R. Ware, 32, graduate of Annapolis and former Knoxville student. Lieutenant Ware is the son of w.L. Ware, 1815 Lilly Avenue, and Mrs. Zena Ware, New York. His aunt, Mrs. C.E. Hunt, 520 Louise Avenue, and his father have been notified he is missing.

Only two members of Lt. Ware’s group survived – plucked from the sea by a destroyer. The others, including Lt. Ware and his air-gunner, ARM 1/c William H. Stambaugh, USN of Paintsville, Johnson County, KY, vanished into the vastness of the Pacific Ocean. Stambaugh, like all airmen who fought at Midway, has been enshrined in the Combat Aircrew Roll of Honor, located at the Midway Exhibit at Patriots Point Museum, Charleston, SC.

In Lt. Ware’s honor, the USS Charles R. Ware, a gearing class destroyer, was launched at Bethlehem Steel Shipyard, Staten Island, NY, April 12, 1945, by Arva Zena Ware, his mother, and was placed in commission July 21. For the next 29 years, DD-865 served the U.S. Navy well around the world, including in the waters off viet in 1967. After serving for a time as a Naval Reserve training ship, the Ware was decommissioned November 30, 1974 in Galveston, TX. On November 15, 1981, the ship was used as a target and was sunk in 3000 fathoms in the Atlantic Ocean, 400 miles northeast of Puerto Rico.

May she and her namesake, Lt. Charles Rollins Ware, forever rest in Honored Peace.

Navy Cross Citation:
“For extraordinary heroism and courageous devotion to duty while piloting an airplane of a Scouting Squadron in action against the enemy Japanese forces in the Battle of Midway during the period of June 4-6, 1942. Participating in a devastating assault against a Japanese invasion fleet, Lieutenant Ware, with fortitude and resolute devotion to duty, pressed home his attacks in the face of a formidable barrage on anti-aircraft fire and fierce fighter opposition. His gallant perseverance and disregard for his own personal safety were important contributing factors to the success achieved by our forces and were in keeping with the highest traditions of the United States Naval Service.” 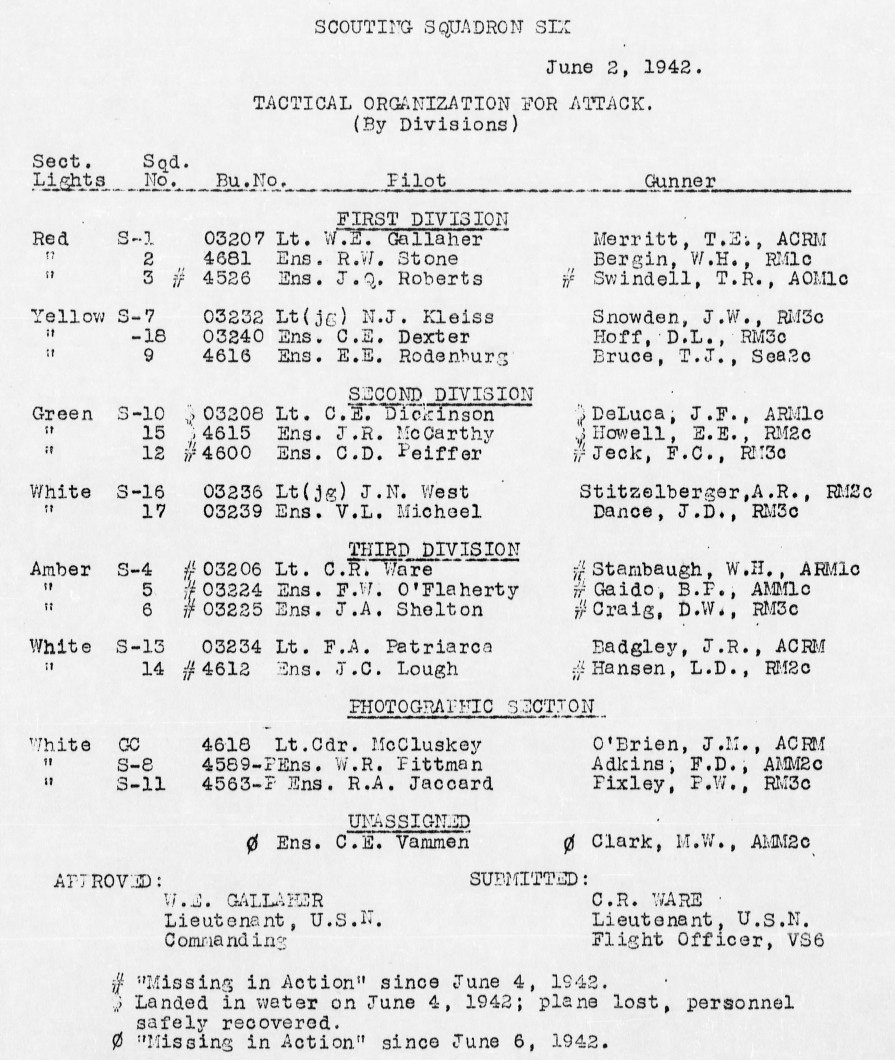