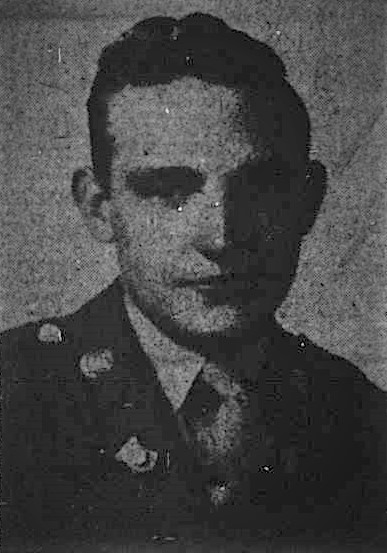 S/Sgt Marsh began active duty March 12, 1941 at Camp Edwards, Massachusetts. He died in battle in the Hürtgen Forest near the border of Belgium and Germany.

Rogersville Review, November 20, 1947
Memorial services for Staff Sergeant Charles Robert Marsh, Rt. 3, Church Hill will be held Friday at 2 p.m. at the Ross Camp Grounds Methodist Church. The body of Sergeant Marsh arrived in Kingsport Thursday, escorted by S/Sgt Ernest B. Reneman.
Sergant Marsh died in action Nov. 25, 1944, in Germany. He was a member of the Fifth Armored Division which fought its way through France, Luxembourg, Belgium into Germany. He was overseas 10  months and spent nearly four years in the Army, having received his traning at Camp Edwards, Mass. He entered the Army on March 12, 1941. Born at Ross Camp Grounds in Hawkins County, Nov. 11, 1916, he was graduated from Church Hill High School, and in 1937 went to Clinton, Mass, to work in the pressroom of the Colonial Press with his uncle, William D. Sensebaugh. He was a member of the First Presbytarian Church of Clinton, and while there was active in the work of the Young People’s Christian Union. A memorial service was held in his name at the church shortly before Christmas, 1945, which was attended by some of his relatives and by the pressroom of teh Colonial Press in a body.
Surviving are his parents, Mr. and Mrs. D.t. Marsh of the Ross Camp Grounds community, Route 3, Church Hill; three sisters, Mrs. Paul Haun, Route 2, Church Hill, Miss Gladys Marsh of Route 3. Church Hill and Mrs. Ed Harris, Abingdon, Va.; three brothers, John R., William H. and thomas Marsh, Route 3, Church Hill and the meternal grandmother, Mrs. J.M. Sensebaugh of Route 3, Church Hill.
The honor guard of the DeWitt Byrd Post, VFW, Kingsport, met the train and will conduct military ceremonies at the Grave. 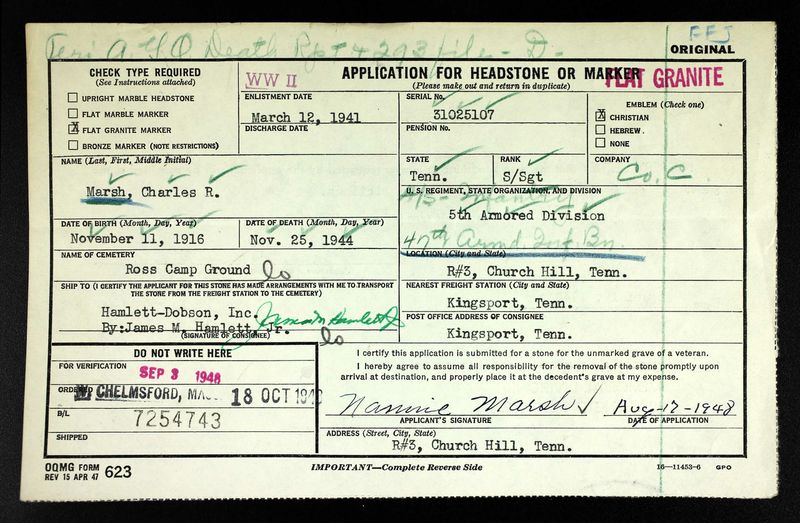