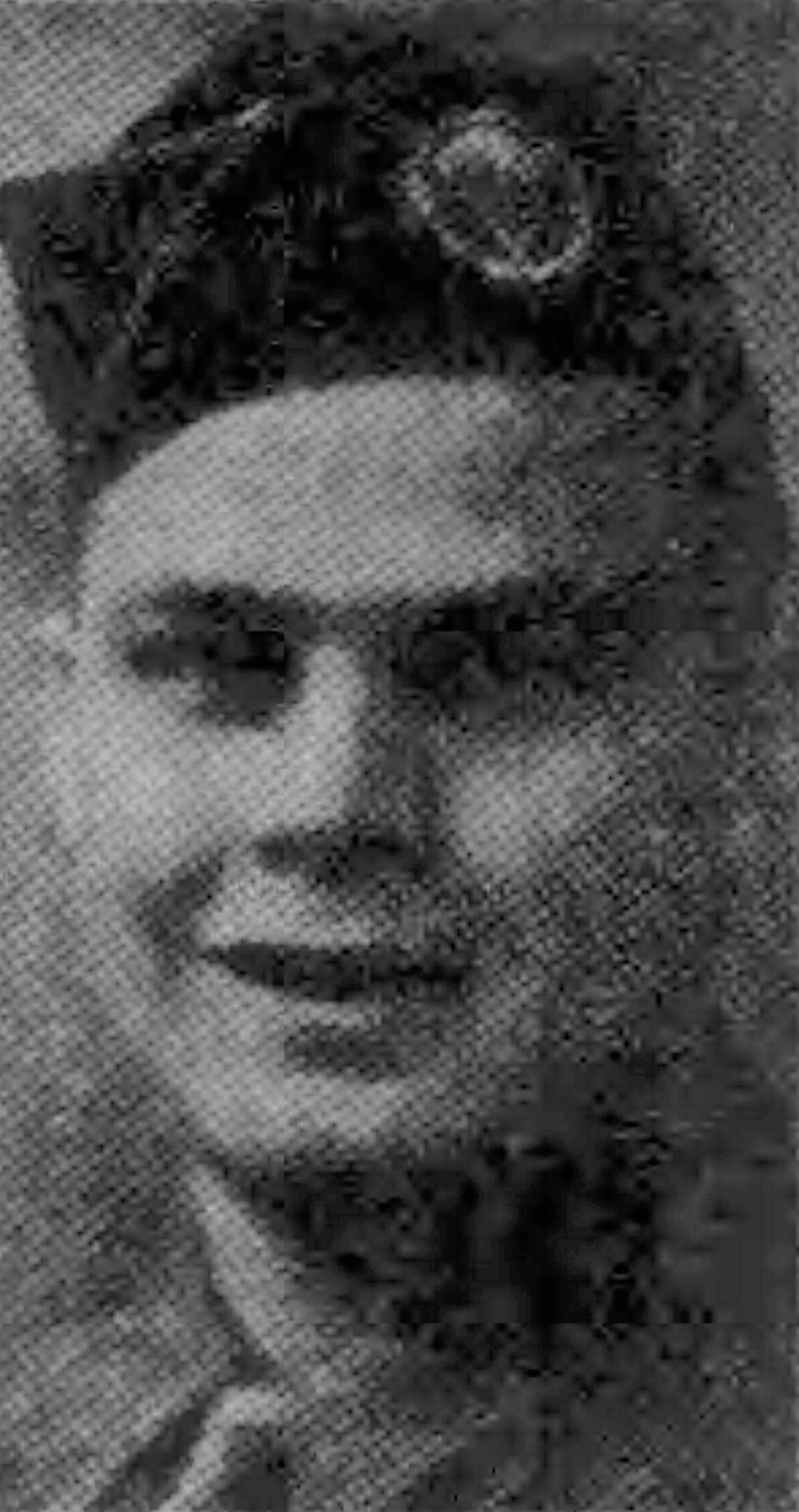 The Knoxville Journal, January 24, 1945
Cpl. Charles R. “Soap” Hudson, former Knoxville High School tackle and All-Souther high school team choice, died of wounds received while serving with the 101st Airborne Division at Bastogne, Belgiumon New Years day, according to a War Department message received by his father, J.L. Hudson, 2721 Linden Avenue. He had been in the Army since July, 1943, shortly after being elected captain of the KHS Trojans. His sports career began with his discovery by the late Coach Wilson Collins, who uncovered such football notables as Bob Foxx, Johnny Butler and Bill Luttrell. Hudson played on the city softball team and had been offered a football scholarship at the University of Tennessee, when he was graduated from Knoxville High School. Since entering the service, he had continued his football activities and played company football while in France and wrote home of a game in Paris. While training at Fort Oglethorpe he had been chosen as “player of the week.”
Hudson’s death was a shock to the family as they had received a notice on Friday stating he had been “slightly wounded.” He had rejected an opportunity to go to officers’ candidate school in order to obtain overseas duty, and held the Expert Infantryman Badge. A member of Magnolia Avenue Methodist Church, he is survived by his father; three sisters, Mrs. Frances Weaver, Miss Mary Moore Hudson and Miss Helen Hudson; and a brother, Petty Officer (2c) J.L. Hudson, serving in the South Pacific. 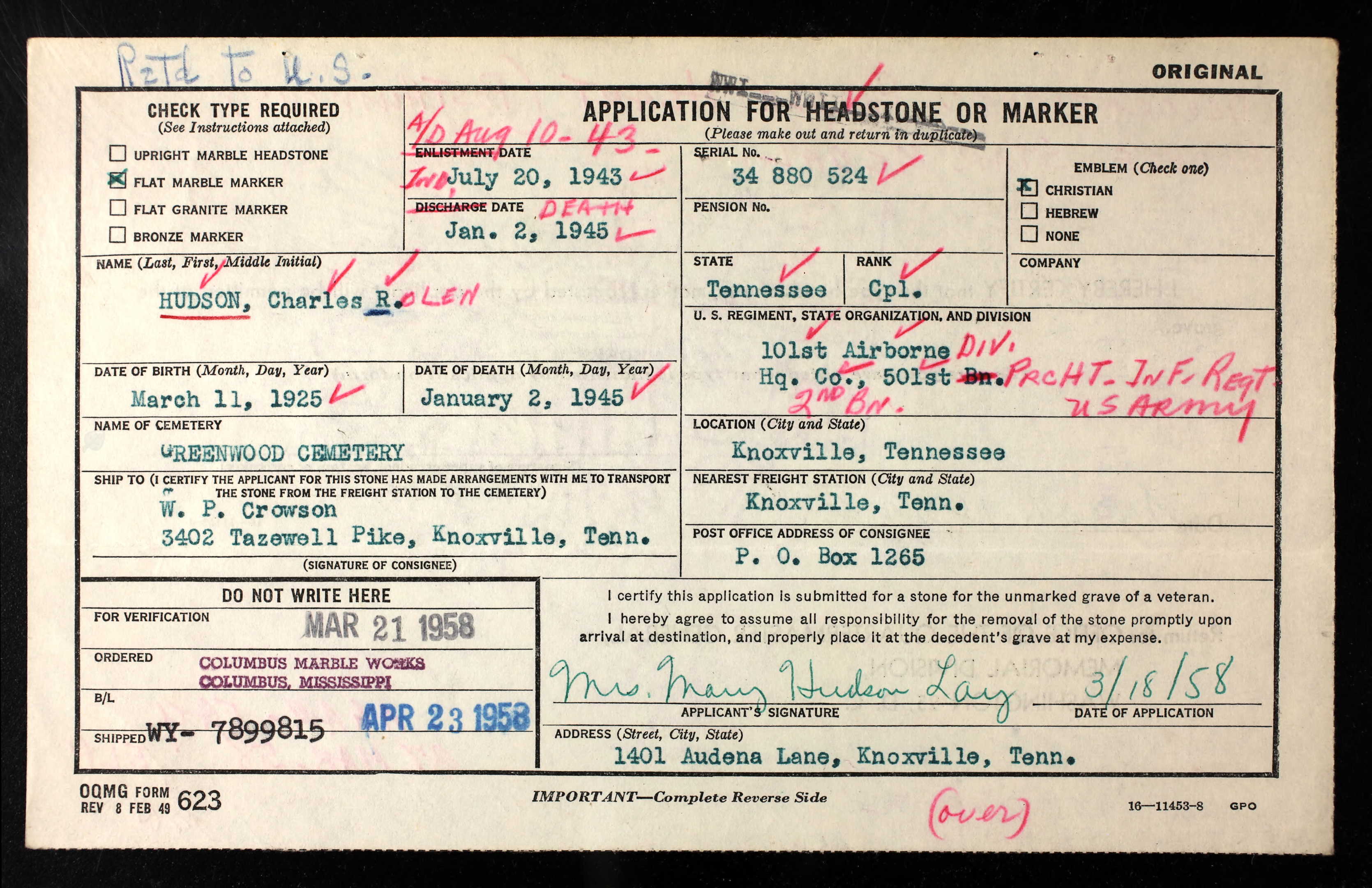 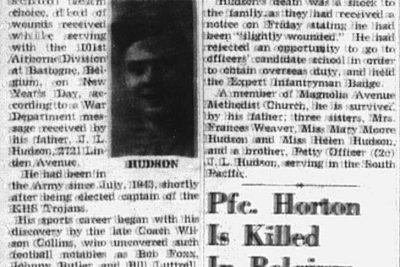 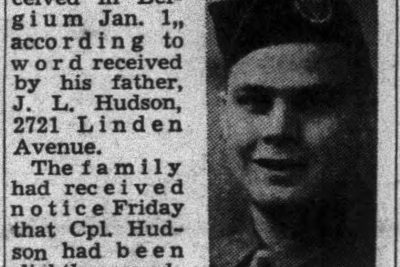