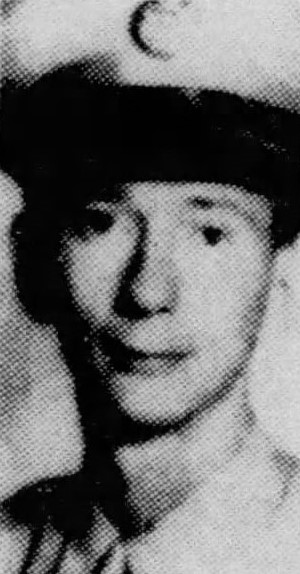 Charles R. Clarke was born on August 6, 1914. According to his enlistment record, his civilian occupation was working as a hotel clerk. He enlisted in the military on April 29, 1943, in Fort Oglethorpe, Georgia. He died non battle.

The Knoxville Journal, May 11, 1945
Sgt. Charles R. Clark Jr., husband of Mrs. Agnes Morrison Clark of 42 Island Home Pike, died in Germany April 24, his wife has been informed. Sergeant Clark entered service in April, 1943 and had been overseas since July, 1944, with a field artillery battalion of the Ninth Army. He was graduated from Knoxville High School in 1932, and was a member of the First Christian Church of Knoxville.
Surviving are his wife and two sisters, Mrs. S.H. Hunter of Kingsport and Mrs. Alan Hascal of Knoxville. 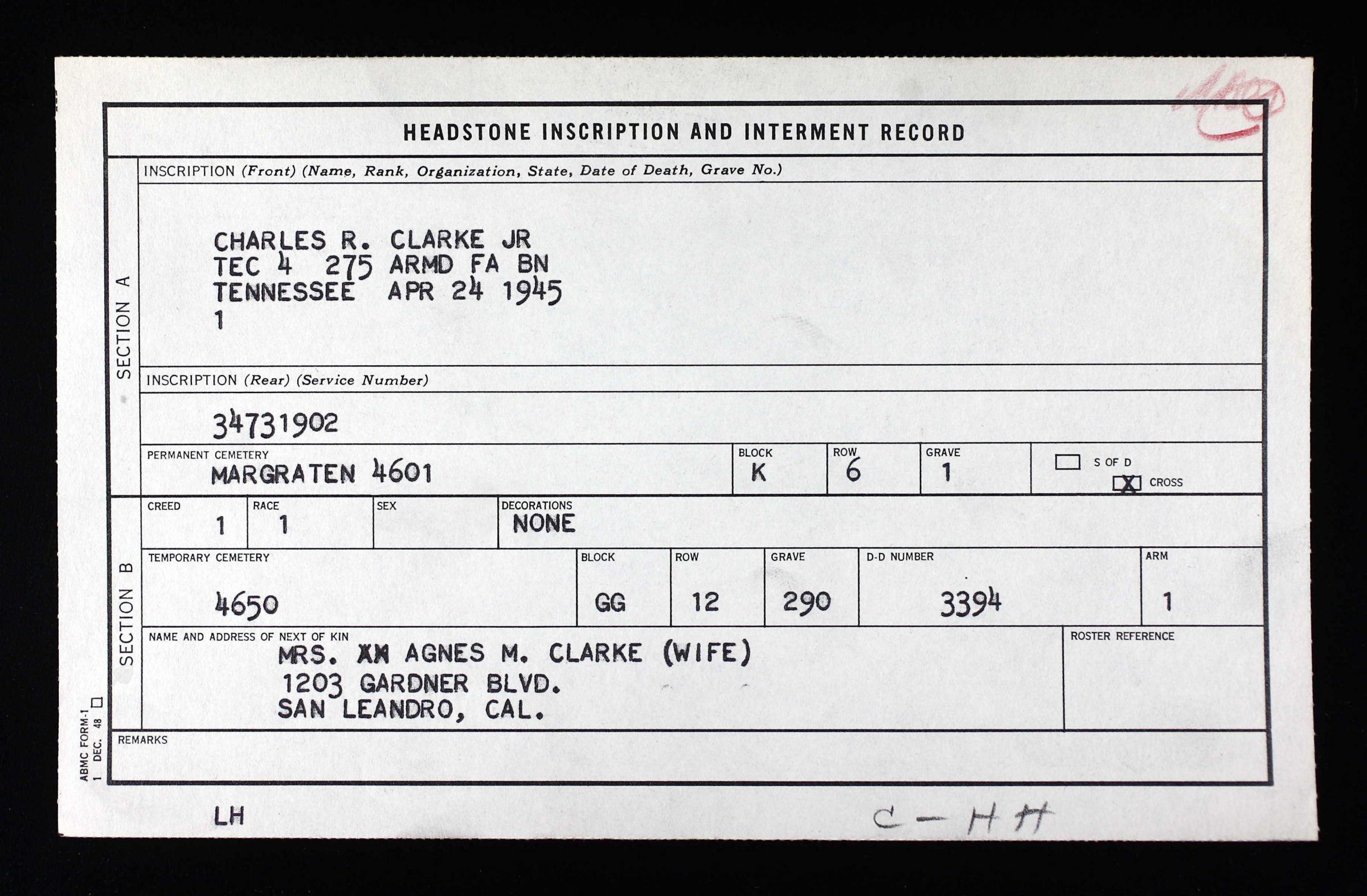 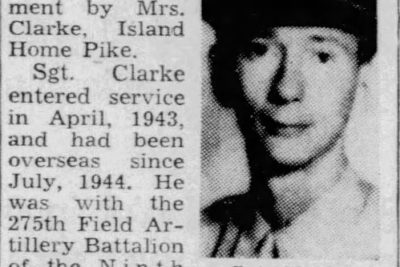 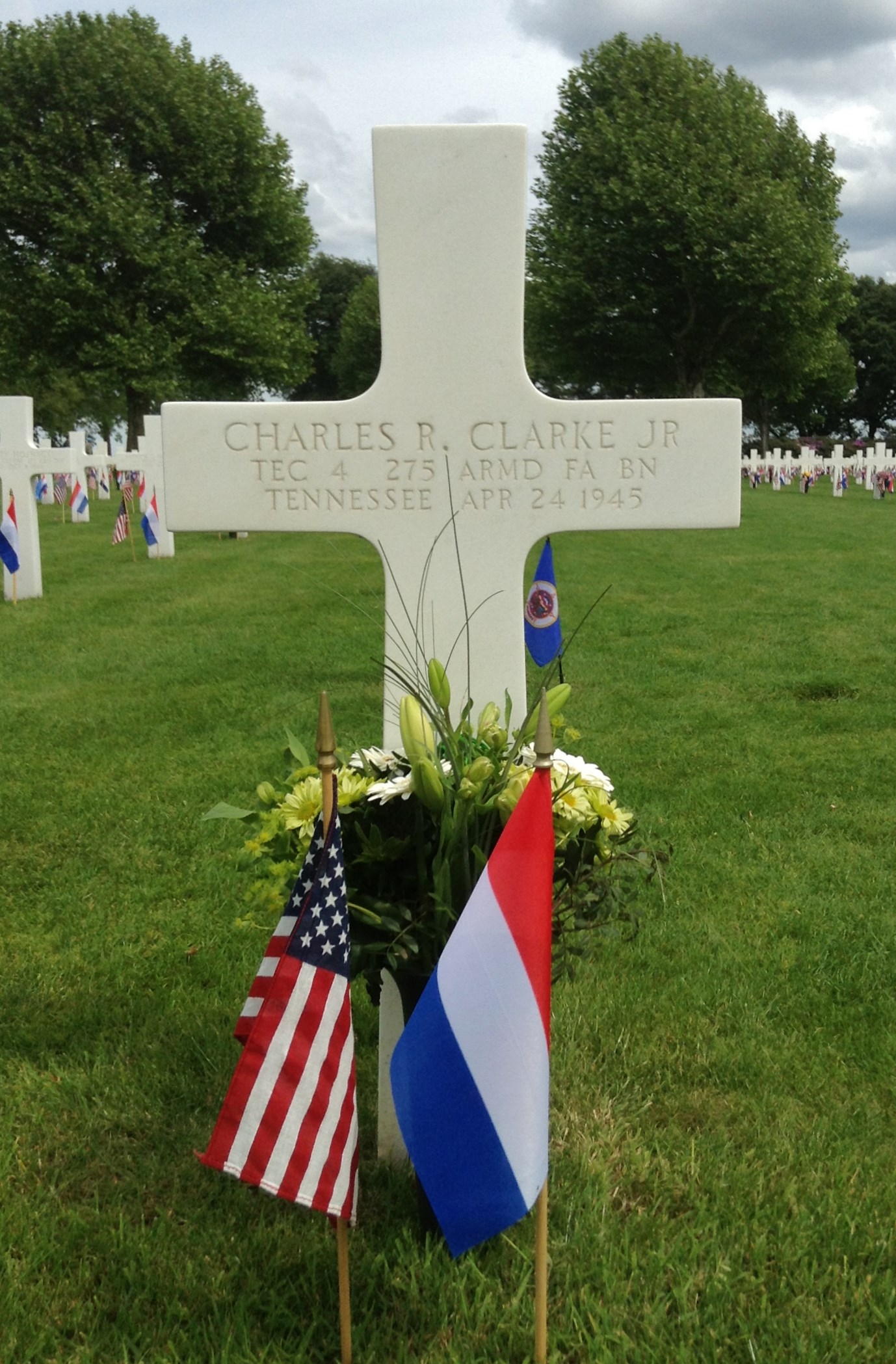