Shipped aboard the USS America, ex German Liner Amerika, Troop Transport ID-3006. While tied up alongside a pier in Hoboken, New Jersey, the ship accidentally sank 15 Oct 1918. It was later salvaged. It was believed at the time she was sitting on the bottom at low tide during coaling operation and when the tide rose the ship was held down on one side by mud suction and water flowed in through open ports. The ports were open to disperse the smell of disinfectant used to prevent the influenza epidemic. Losses were four soldiers and two sailors.

He was buried at Red Hill Cemetery on 7 December 1918 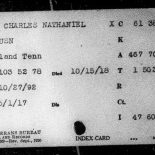 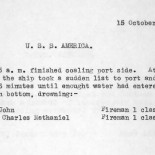 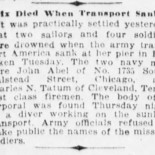 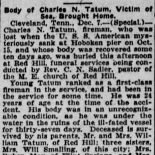 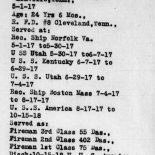