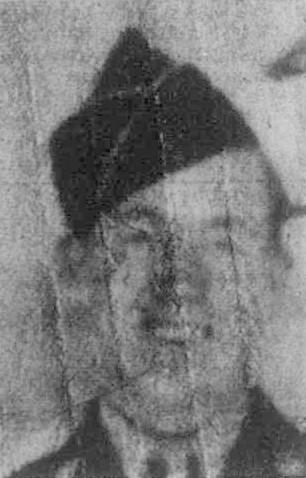 PFC Suggs was killed in action. Recipient of the European Theater of Operations Ribbon with two Battle Stars, Combat Infantrymans Badge and the Purple Heart.

Plain Talk and Tribune, January 29, 1949
The family of Pvt. Charles M. Suggs  has been notified that the remains of Pvt. Charles M. Suggs will arrive Tuesday night January 25, 1949 on train No. 27 which will reach Newport at 7:21 p.m.
Pvt. Suggs entered the Armed Services February 15, 1944 and was immediately stationed at Camp Shelby, Miss. After receiving the regular imfantry basic traning at this camp, he was assigned overseas duty which was with the 95th Infantry Division this being a part of the thrid army that served int he European Theater against the Germany Army. Pvt. Charles M. Suggs after serving several months of service in combat was killed in action near Maizières-lès-Metz in France on November 10, 1944.
He is survived by his father Mr. M.M. Suggs and his stepmother Mrs. M.M. Suggs of Newport, two half brothers Jack and John David Suggs, both of Newport and one half sister Pauline Suggs of Newport.
There will be a double funeral for Pvt J.D Shelton and Pvt. Charles M. Scuggs. The American Legion and V.F.W. will have charge of the grave side service. 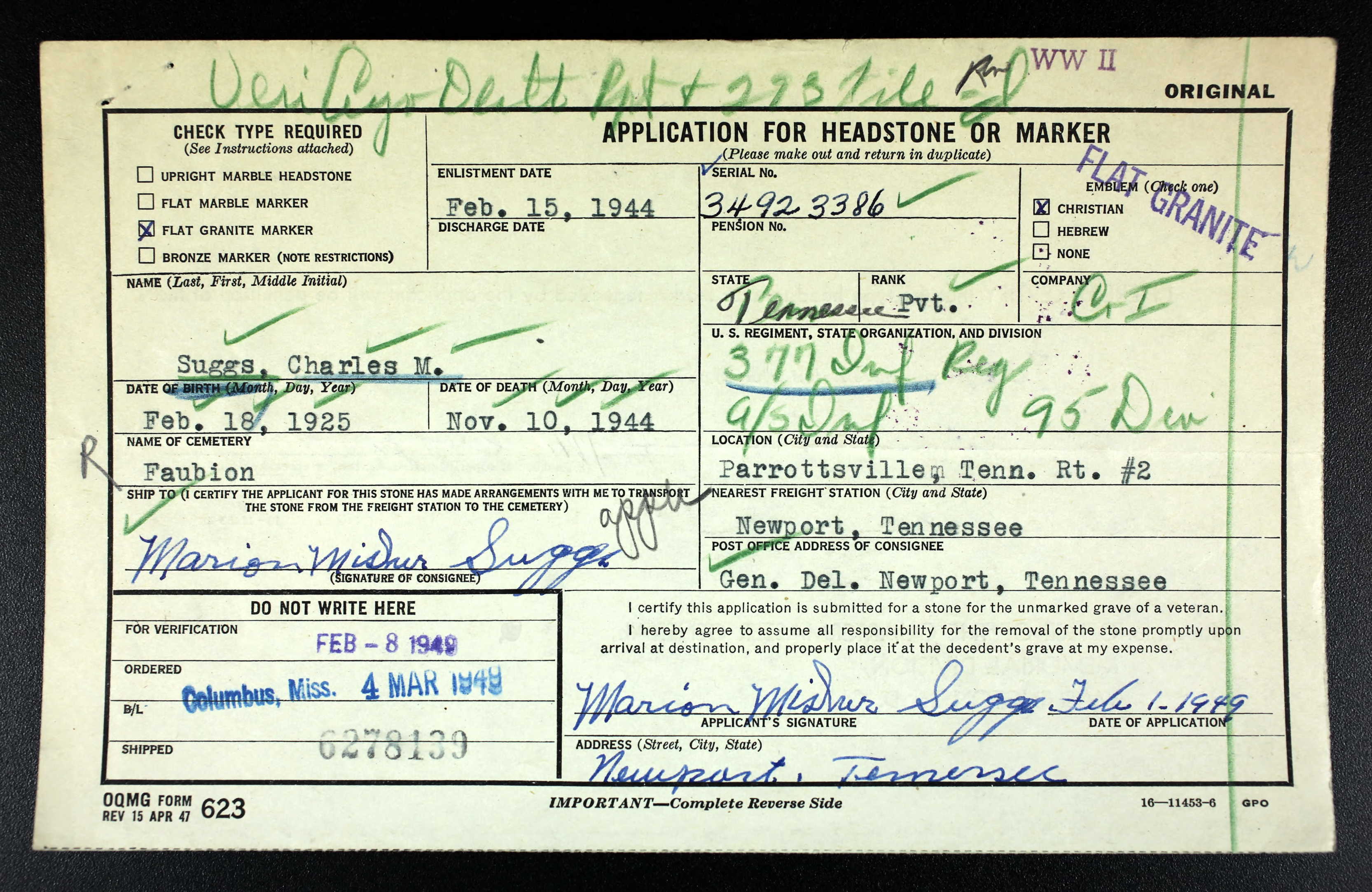 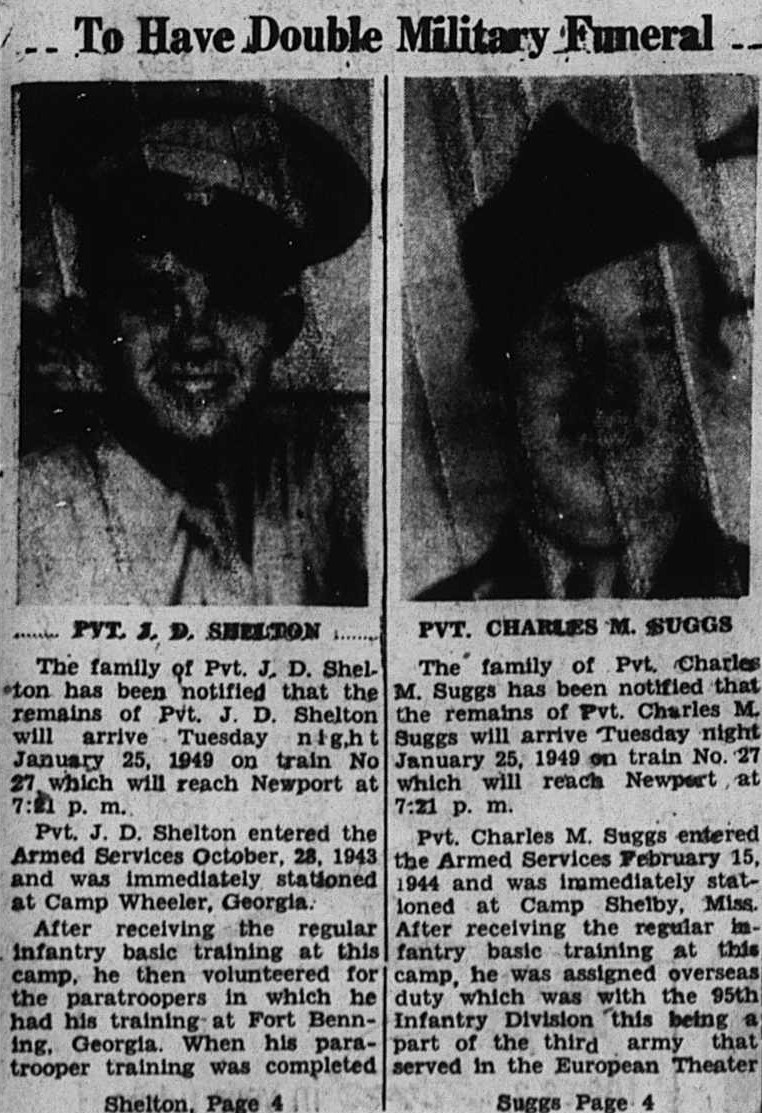