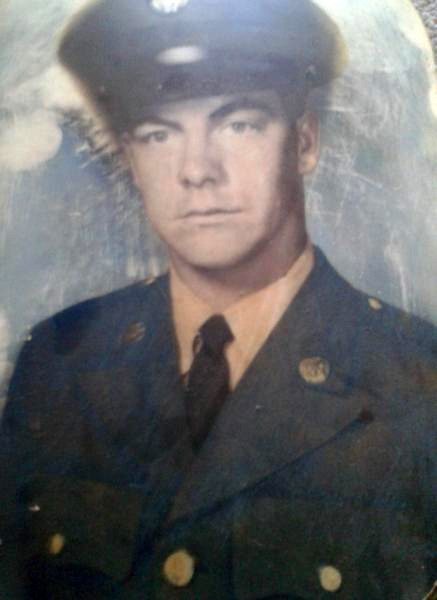 In memory of my good friend Charlie ‘Murf’ Leonard. We served together in D Troop 110 Cavalry, AERO Rifle, 4th Infantry Division. He was within a couple weeks of going back to the world when we went out on a rescue mission and walked into an ambush. Charlie was hit in the chest and it was over in an instant. It was a very sad day.

We had some good times together in an awful place. When they told us to do some physical training on the days that we weren’t out in the field a lot of the guys played softball. But Murf didn’t like to or didn’t want to play ball so we lifted weights. He also liked to raid the mess tent at night. We weren’t hungry, it was just something to do. So Murf would say Let’s go get this or that, and off we’d go to sneak into the tent.

He will always be remembered by not only by me but also my family. My grandson made a rubbing of his name when they visited The Wall. Charlie Murf Leonard was one of the good guys who should have made it back. But his name is on the Wall with all the others who ‘should have’ made it back. May God’s love grant him eternal life.

Robert Chaison
rchaison@vvm.com
Served with him that bad day in Aug
3402 Oakdale Dr Temple Texas 76502-2326 USA
I still see you lying on the floor of the aircraft…
A scout pilot and CE are alive today thanks in part for your gallantry in battle. I pray we Shamrocks will meet again in the company of brothers who have served. Some gave but you gave your ALL. Thanks & see you when we meet up again.
Sep 14, 2009

J M
Served with Charles in AERO-RIFLE
AL
Friend
Thanks for the many good times and for being a friend. Sorry I wasn’t with you that day as I was flying back to base camp to process out to the states. You served your fellow soldiers and country well and will always be remembered as a good soldier in the AERO-RIFLE PLT. 10TH CAV. I know you were always ready to do the missions weather it was seach & rescue, recon an area or combat assault in a hot LZ. I know you are with your lord and he will take care of you. Rest in Peace I think of you a lot and some day hope to see you again when the time is picked.
Jul 4, 2009

I served with Charlie as a machine gunner. I can say this for Charlie he was not only a great solider but a great person. I became very close to him and also his sister or cousin wrote me letters, Lucy, was her name she wrote me twice a week. I would love to contact her. She sent me a sweater for Christmas and it meant so much to me. I hope to some day see where he was laid to rest because I was gone on leave when he gave all for his country.
-Submitted by Harold Williams