Charles Maxwell Keith was born September 21, 1929 near Powell Station in Knox County, Tenn. He was placed in the Holston Orphanage in Greenville, Tenn. on October 3, 1937 at the age of eight years. He remained there until August 31, 1948, when at the age of 18 he joined the U.S. Army. During his service, Cpl Keith served in South Carolina, New Jersey, California, Japan and Korea.

Corporal Keith was a member of the 8036th Signal Service Company, U.S. Army. On August 11, 105, his radio team was attacked by North Korean Guerillas inside the Pusan perimeter. He was listed as Missing in Action and was presumed dead on December 31, 1953. His name is inscribed on the Courts of the Missing at the Honolulu Memorial. 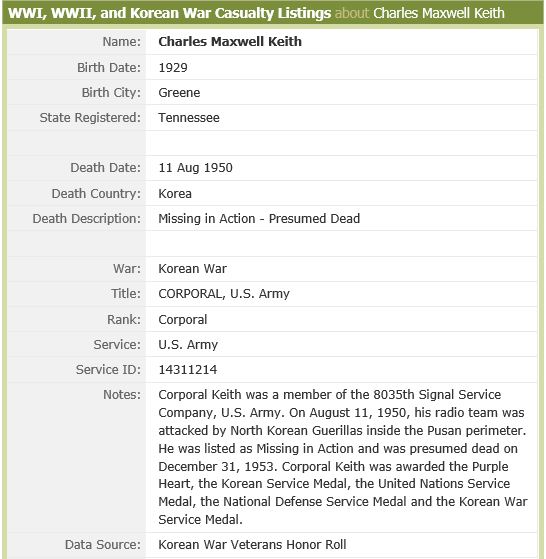