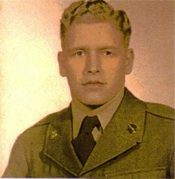 Charles L. Nix was the son of Racha H. and Fannie Nix. He was raised in Powell with his brothers, Howard, Cecil, Jerry, Robert, and Jimmy Nix, and sisters, Louise, Wilma, Betty, Delores and Rachel Nix.

Charles was a 1951 graduate of Powell High School where he was a star on the Powell Football team. He also enjoyed basketball, baseball, and softball and was chosen outstanding pitcher in the Clinton Recreational Softball League while playing with the Mims Auto Company. After high school, Charles was employed in the Sample Department with Fulton-Sylphon Company and attended Beaver Creek Cumberland Presbyterian Church.

Private Nix had been with his Regiment for just a little over a month when he was killed in action September 22, 1952, fighting the enemy in North Korea.

He was returned to Knoxville for funeral services December 21, 1952, at his home church, Beaver Creek Cumberland Presbyterian. The funeral was held at 2 pm and many of his classmates from Powell High School served as pallbearers and the flower girls were also female classmates from the class of 1951. Military honors were presented at the grave by the 663 D. Air Control & Warning Squadron of the 35th Air Division Defenses in Lake City, TN. He was laid to rest in Bells Campground Cemetery, Powell.

“He was in a mortar platoon. I was 5 at the time. We miss him very much. Love you brother!”
Submitted by James Nix

Historic Powell funeral: Charles Nix
By: Marvin West. Shopper News, 7th September 2016.
Through the decades, historic Powell Station people have gone to war. A few who came this way participated in the Revolutionary War. Some received land grants as their rewards. Three or four supposedly went with Davy Crockett to the Alamo. We know Powell residents were drawn into the Civil War, sometimes brother against brother.

Several Powell people were involved in World War I. Many others went to Europe and Asia for World War II. My father was patriotic, more than willing to participate, but waited until he was drafted. He was 39. That was very inconvenient. I could not believe our government would do such a thing to me.

The Korean War hit almost as close to home and hurt worse. Charles Nix, former Powell High football player, a big blond with broad shoulders and an “aw shucks” personality like Lil’ Abner, was struck in the chest by a mine fragment on 22 September 1952. He had trudged around Korea for 38 previous days.

United Nation forces (mostly Americans) were fighting North Koreans and Chinese on behalf of South Koreans who got caught by surprise two years earlier. Some of us think it was a Soviet Union idea for the North to overrun the South and claim the entire peninsula. World leaders eventually recognized a stalemate and concluded there was little to be gained.

A proposed settlement (essentially the same 38th parallel where the countries had been previously divided) was on the negotiating table but out on the mountain slopes and around the rice paddies and cane field, men were still assigned to kill each other. Some 39,000 U.S. soldiers died in the three-year shoot out. Nearly 5 million others, far more civilian than military were killed for no good reason.

Charles Nix was a fighting man before he was a man. He fibbed about his age and enlisted in the U.S. Army when he was 15. He trained for seven months before the facts caught up with him. Nix returned to Powell High and excelled as a football guard in 1949 and 1950. There was no more confusion about age and maturity. This time, he was a man among boys.

He rejoined the Army in November 1951, romped through basic infantry training, sailed from Seattle the following July and landed in Korea on Aug. 15, 1952. Nix was 45th Division 279th Regiment, Company F, mortar detachment. His group was deployed near the village of Sinsan-ni, not far from the infamous Old Baldy, the Haean-myon valley in Yanggu County, Gangwon Province.

So said the Korean Army Captain who had copies of official records, a map and a government car. Many years after the war, after the Seoul Olympics, the officer tried to help Sarah and me find the actual spot. The Captains notes said five mortar guys, between formal firefights, were killed the same day. The Captains had names. He said they had gone looking for a sniper who was causing trouble. Instead of finding the sniper, the sniper or a mortar or mine fragments found them. It was enough to disturb the Company Commander.

Charles’s little sister Delores remembers the neighbor Clarence McCarter came to school to gather the Nix siblings. He took them home for the reading of the telegram – KILLED IN ACTION.

Much later the military returned Nix’s body to Weaver’s Funeral Home in Knoxville. Older brother Howard made the positive identification. The casket had a glass front. A military attendant was assigned to stand by. The Nix family attended Bell’s Campground Baptist Church. Charles’ funeral was held at Beaver Creek Cumberland Presbyterian Church on Dec. 21. He had been involved with a youth group there, and the sanctuary was larger.

There was an overflow crowd, so big some stood around outside.

The Melodyaires quartet sang two songs. Powell adoptee Archie Campbell, great soloist, star of television and radio, did his best to contribute. He sang some of “Beyond the Sunset”, chocked up and bowed his head and tried to finish through the tears. Historic Powell Station took its losses seriously. 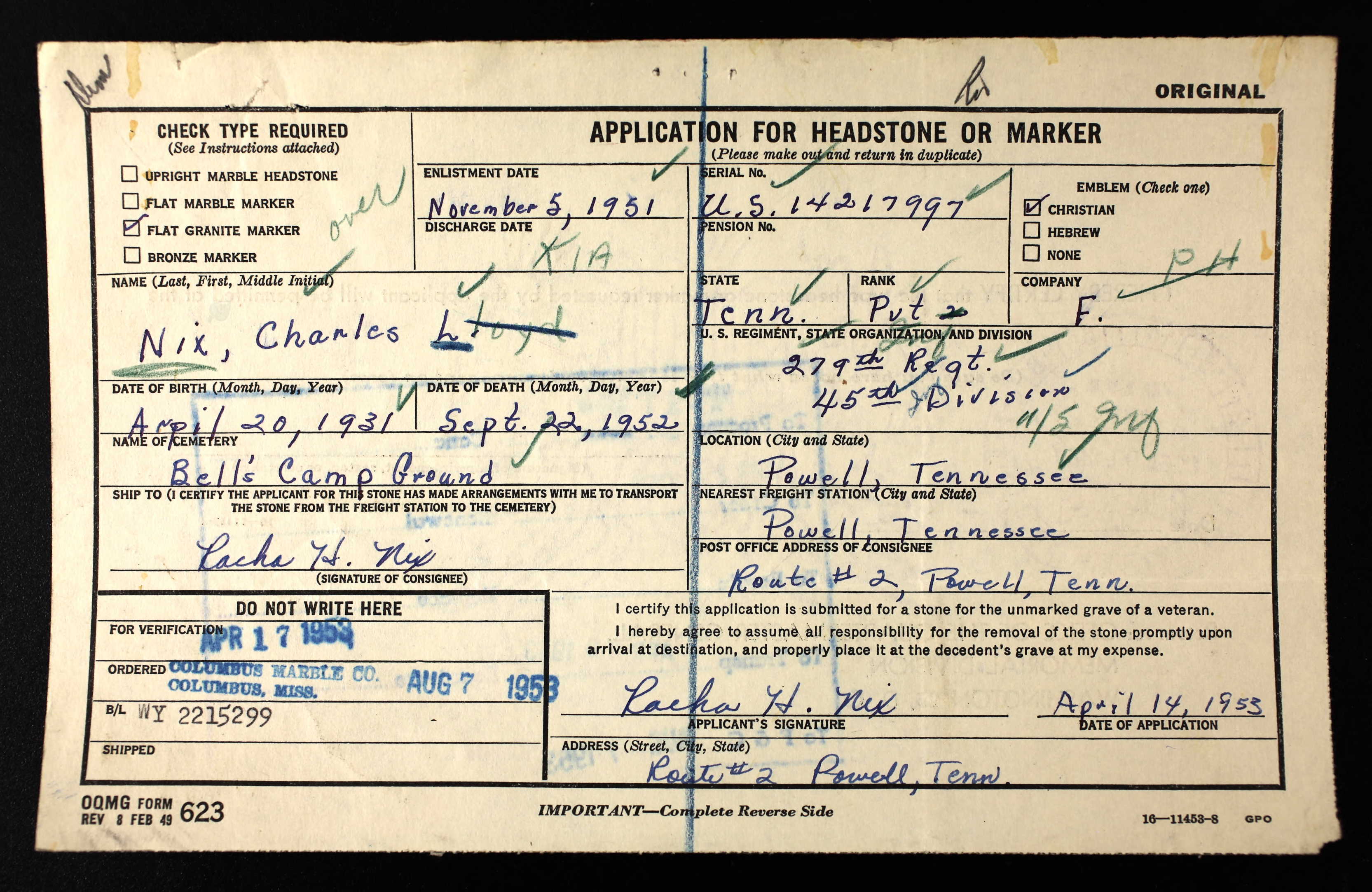 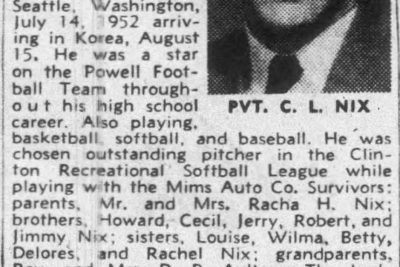 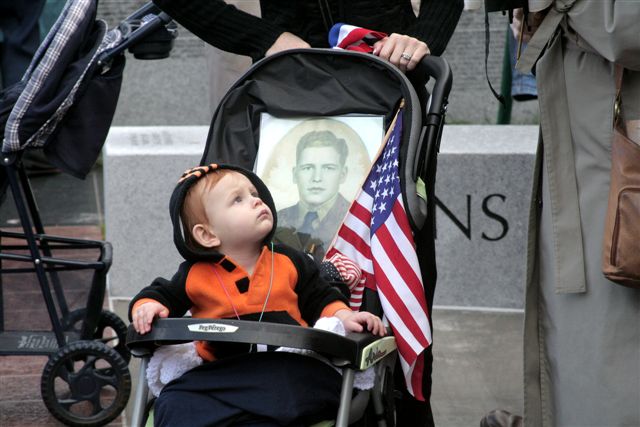