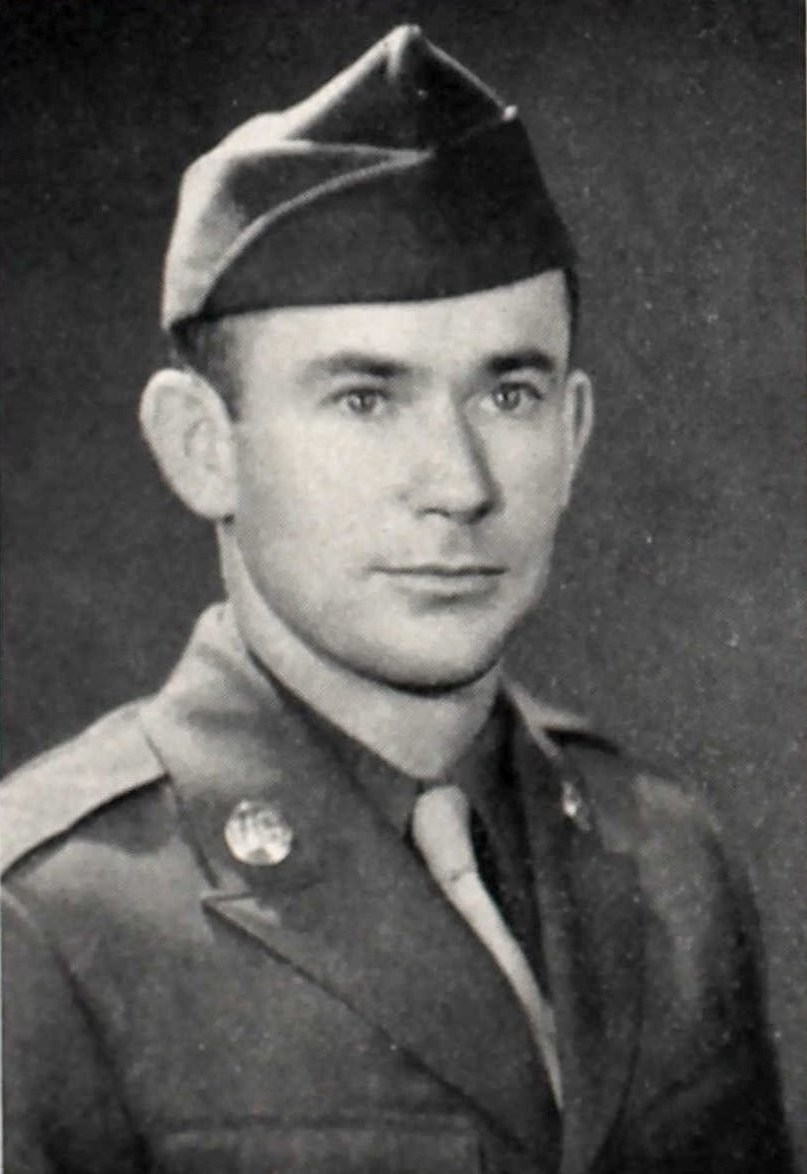 He displayed conspicuous gallantry and intrepidity. His platoon and 1 other from Company G were pinned down in a roadside ditch by heavy fire from 5 Japanese tanks supported by 10 machineguns and a platoon of riflemen. When 1 of his men fell wounded 40 yards away, he unhesitatingly crossed the road under a hail of bullets and moved the man 75 yards to safety. Although he had suffered a deep arm wound, he returned to his post.

Finding the platoon leader seriously wounded, he assumed command and rallied his men. Once more he braved the enemy fire to go to the aid of a litter party removing another wounded soldier. A shell exploded in their midst, wounding him in the shoulder and killing 2 of the party. He picked up the remaining man, carried him to cover, and then moved out in front deliberately to draw the enemy fire while the American forces, thus protected, withdrew to safety.

When the last man had gained the new position, he rejoined his command and there collapsed from loss of blood and exhaustion. M/Sgt. McGaha set an example of courage and leadership in keeping with the highest traditions of the service.”

Charles L. McGaha was a Pearl Harbor Survivor of the attack on Schofield Barracks 7 December 1941. He died in 1984 when he was stabbed to death by a robber at his taxi company in Columbus, GA. 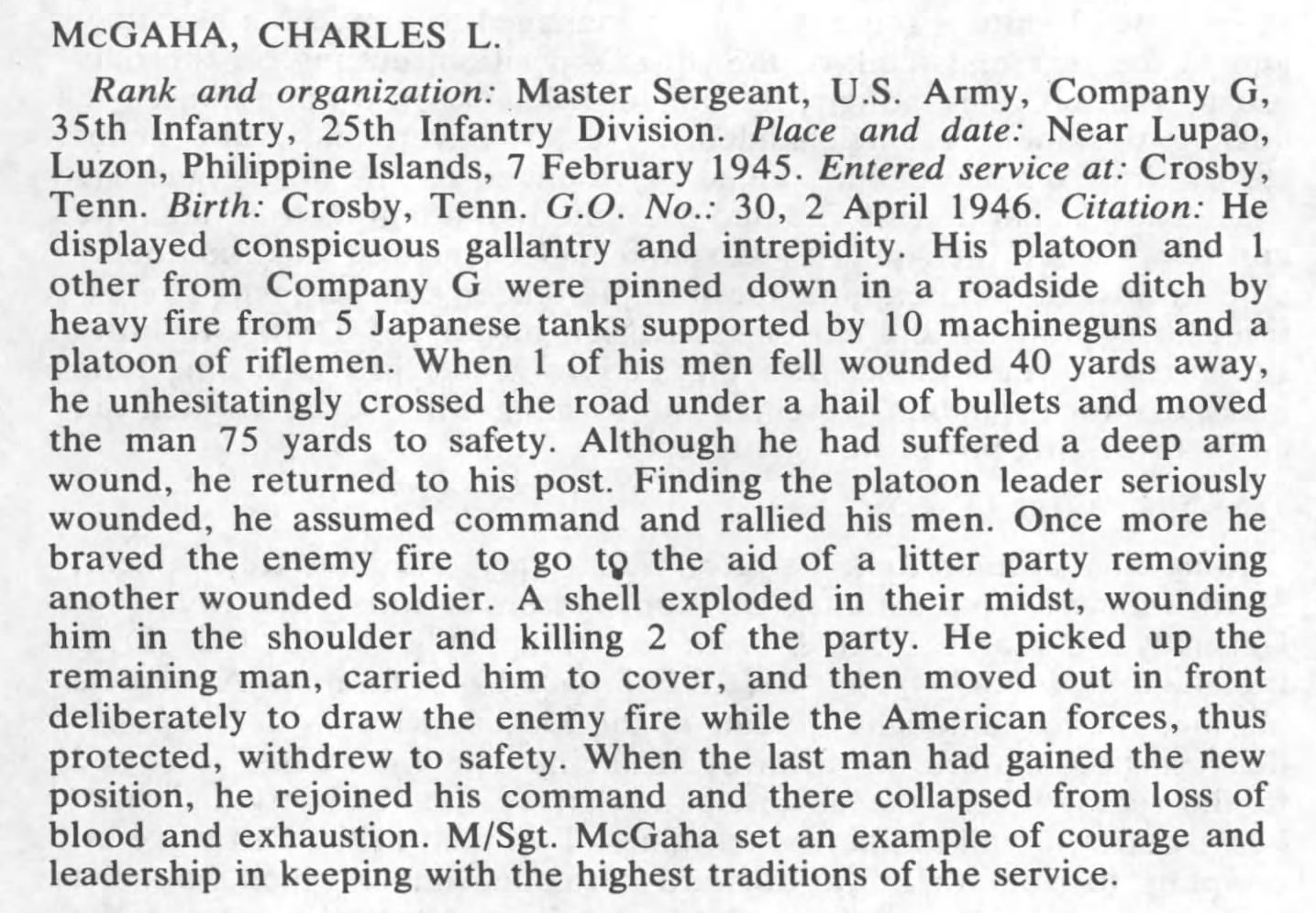 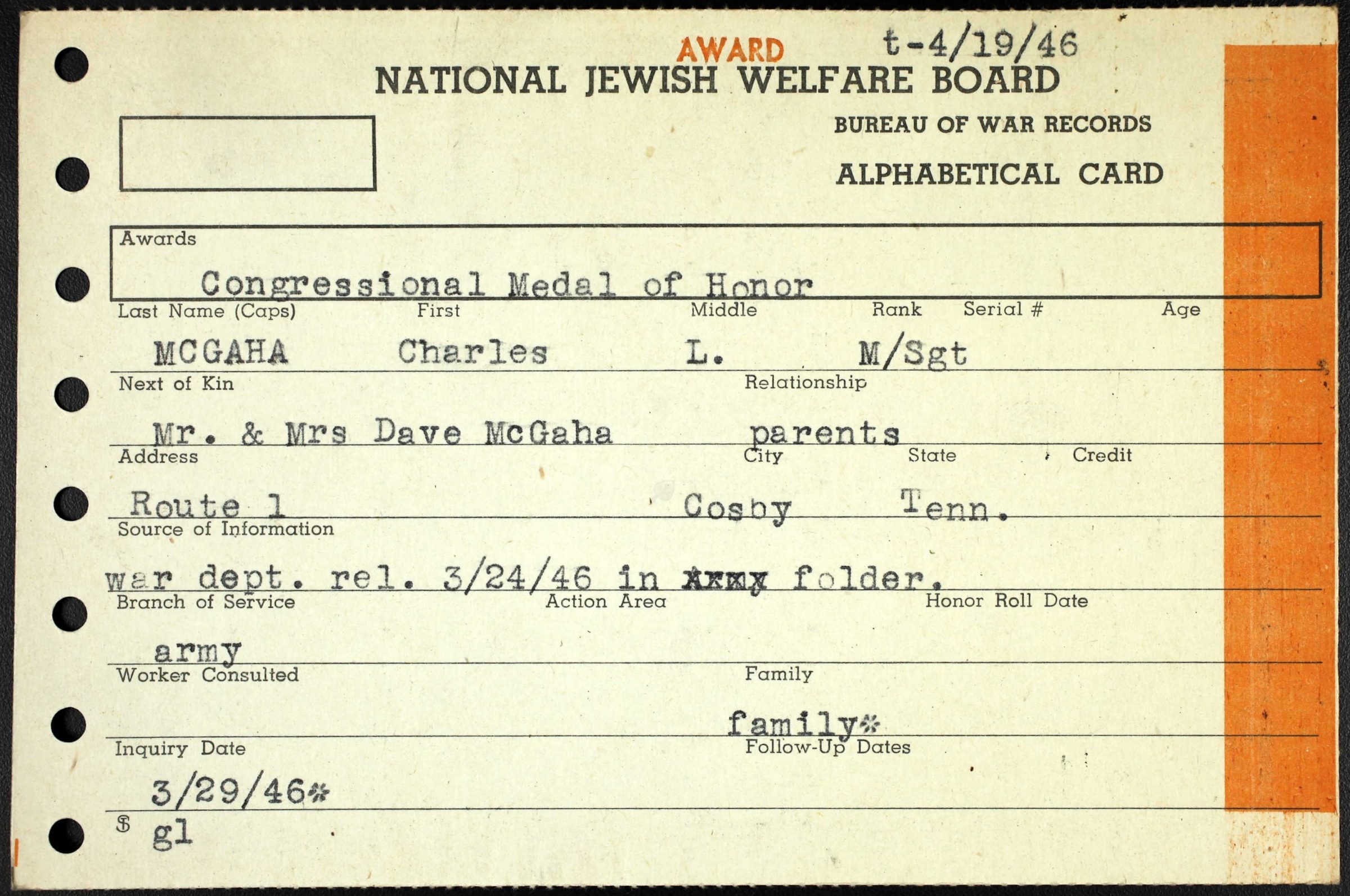 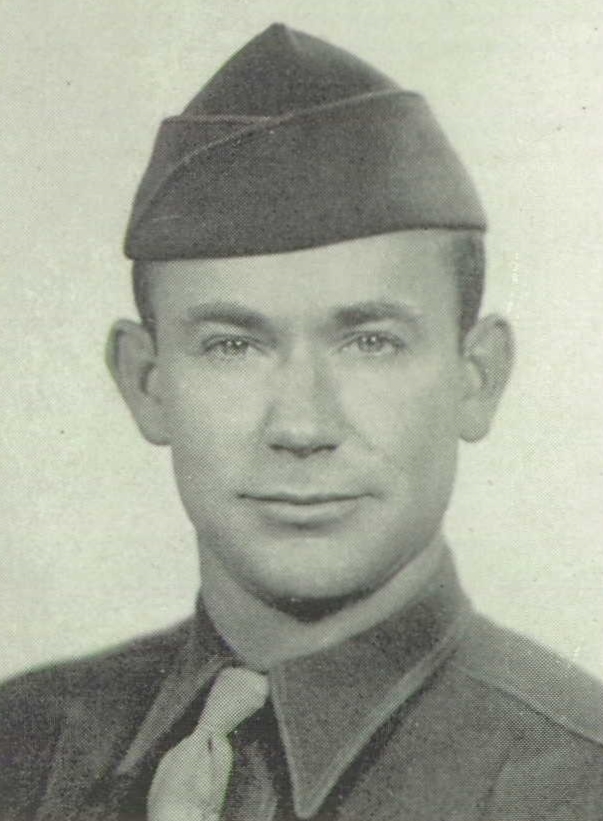 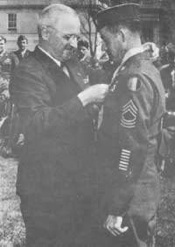