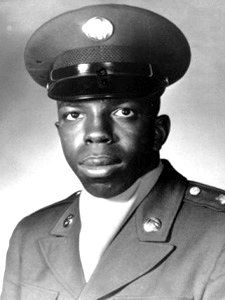 Sergeant Charles Junior Swint was born on August 4, 1947, and was originally from Chattanooga, Tennessee. He served his country in the Vietnam War in the United States Army, as a wire systems installer in HHC, 53rd GS Group, 1st Log. Command. His tour began on November 4, 1967. On February 6, 1969, Sgt. Swint died from non-combat causes in Phouc Tuy province, South Vietnam. He was 21 years old at the time of his death. Sgt. Swint is memorialized on the Vietnam Veterans Memorial on Panel 33W, Line 75.

He is buried at the Chattanooga National Cemetery, Qq, 391.