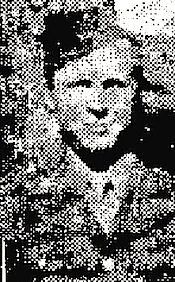 He was a gunner on a B-17. He was listed as missing as of April 25, 1944, on a flight over Hoff, Germany, and was officially reported as killed on that date. Riddled by flak, Sergeant Strong’s plane exploded in the air, and while seven of the crew were thrown clear, Strong and the pilot went down with the bomber. It was his twenty-first mission and he had expected to be returned to the States after completing 35. While on his first mission, soon after arriving in England December 23, 1944, he had been wounded and received the Purple Heart. Sergeant Strong’s wife, Mrs. Pauline Strong, has received this medal together with the Air Medal and Presidential Unit Citation, which the young airman had been awarded. 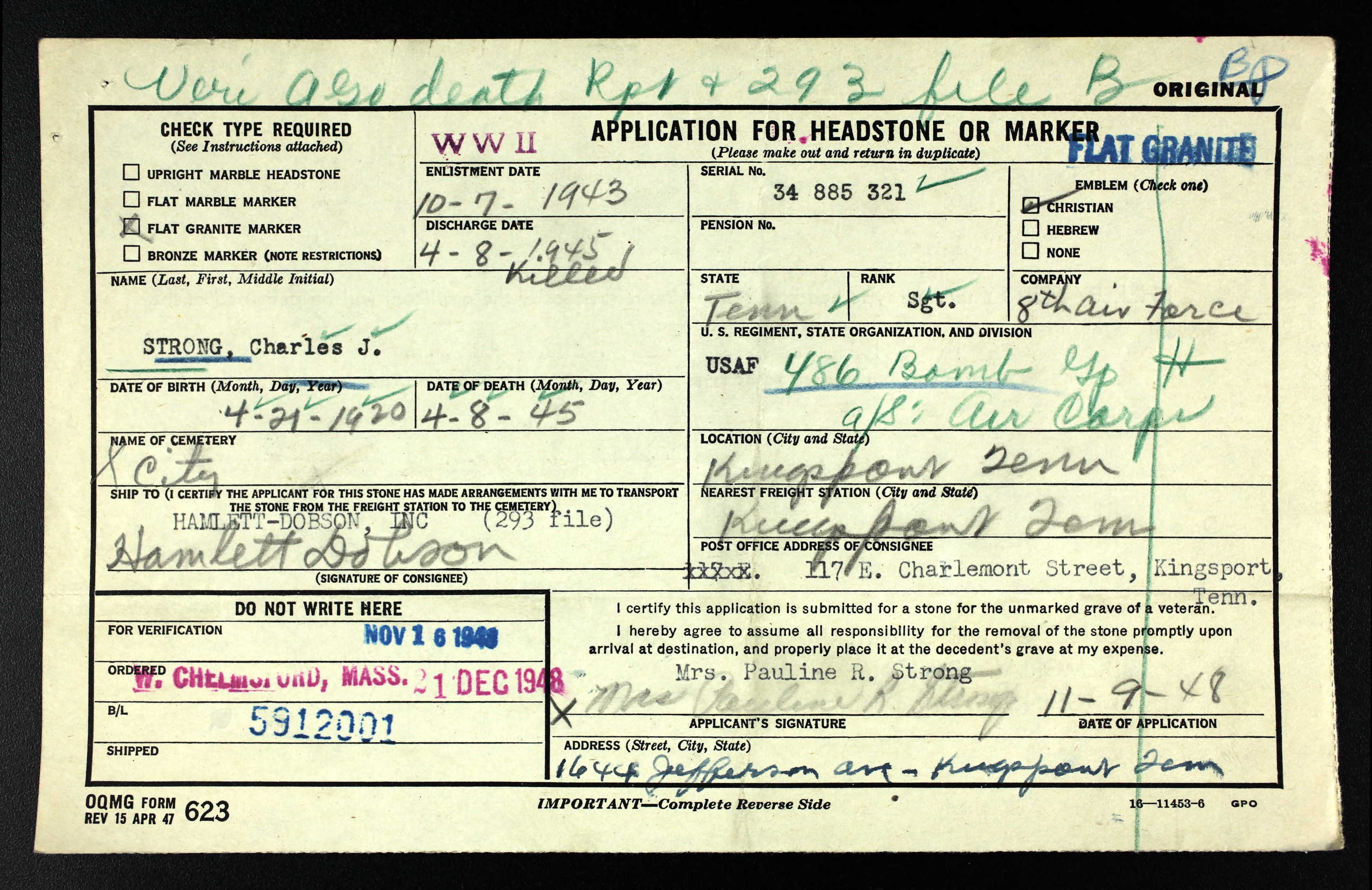 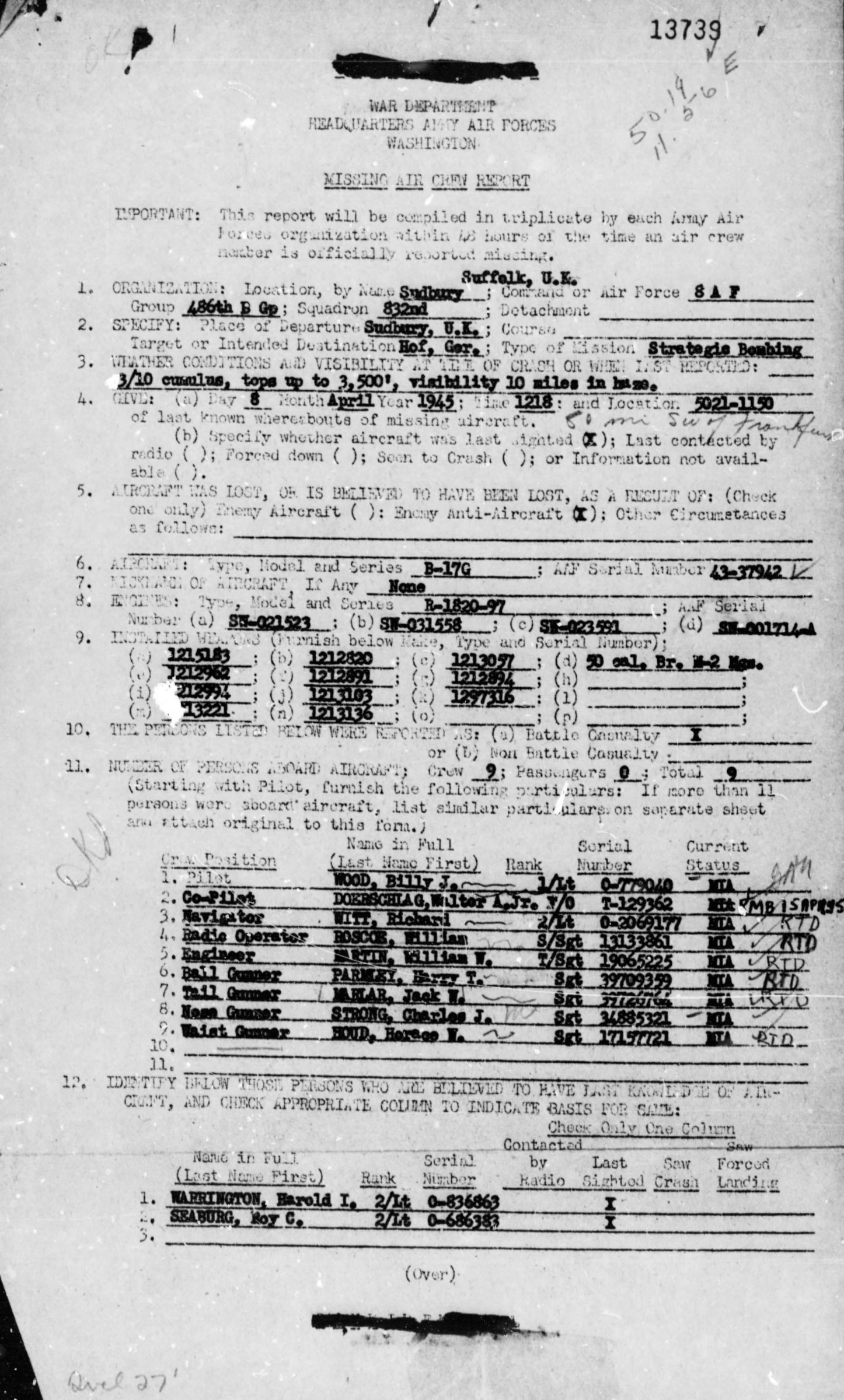