2nd Lt Bickley was born  4 August 1913, Farmersville, Texas. He was killed in action in Belgium. He is buried at the Luxembourg American Cemetery, Luxembourg City (Grave E, 12, 45)

Newsarticle The Kingsport News, 20 February 1945.
Memorial Services for Lt C.J. Bickley, Killed in Belgium. Wise, Va. – Memorial services were conducted at Trinity Methodist Church of Wise, for Lieutenant Charles J. Bickley, who was killed in action in Belgium, January 7, 1945. Lieut. Bickley, son of Mrs. C.W. Bickley and the late Mr. Bickley, was born in Farmersville, Texas, August 4, 1913. Since his father´s death in 1918, Mrs. Bickley and two sons made their home in Wise with the late Mr. and Mrs. C.A. Johnson, parents of Mrs. Bickley. Lieutenant Bickley was a graduate of the Wise High School and attended Emory and Henry College. He taught at Mountain View school, near Wise for three years. He was later connected with the First National Bank of Appalachia for a few years. Prior to his induction into the armed services he was associated with the Gulf Oil Company at Appalachia and the Holston Ordnance Works at Kingsport, Tennessee. He was inducted on December 13, 1942 and received his basic training at Fort McClellan, Ala., and his officer´s training at Fort Benning, Ga. He later served as instructor at Fort McClellan, and Camp Robinson, Ark. He reported for overseas duty on July 13, 1944. Until December he was stationed in England and then was with Patton´s Thrird Army in Belgium. Lieutenant Bickley was married October 26, 1941 to Miss Dorothy Muse, daughter of Col. and Mrs. J. C. Muse of Mountain City, Tennessee. 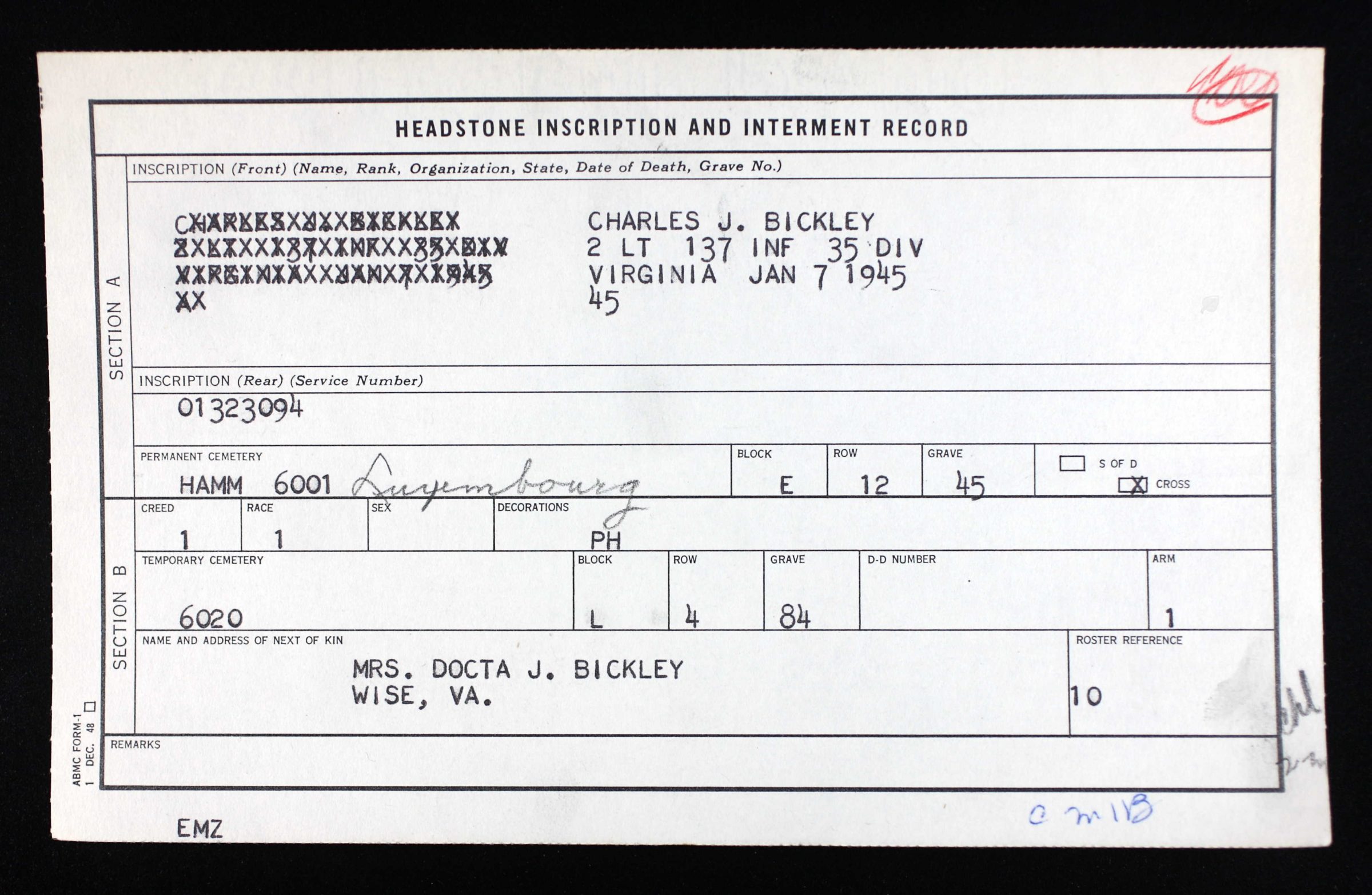