PFC Hiltz was a Radio Operator & Mechanic on a BT-13A Valiant trainer aircraft, (serial #41-10972).  He died of massive trauma to all parts of the body due to a plane crash at Monteagle, Tennessee. 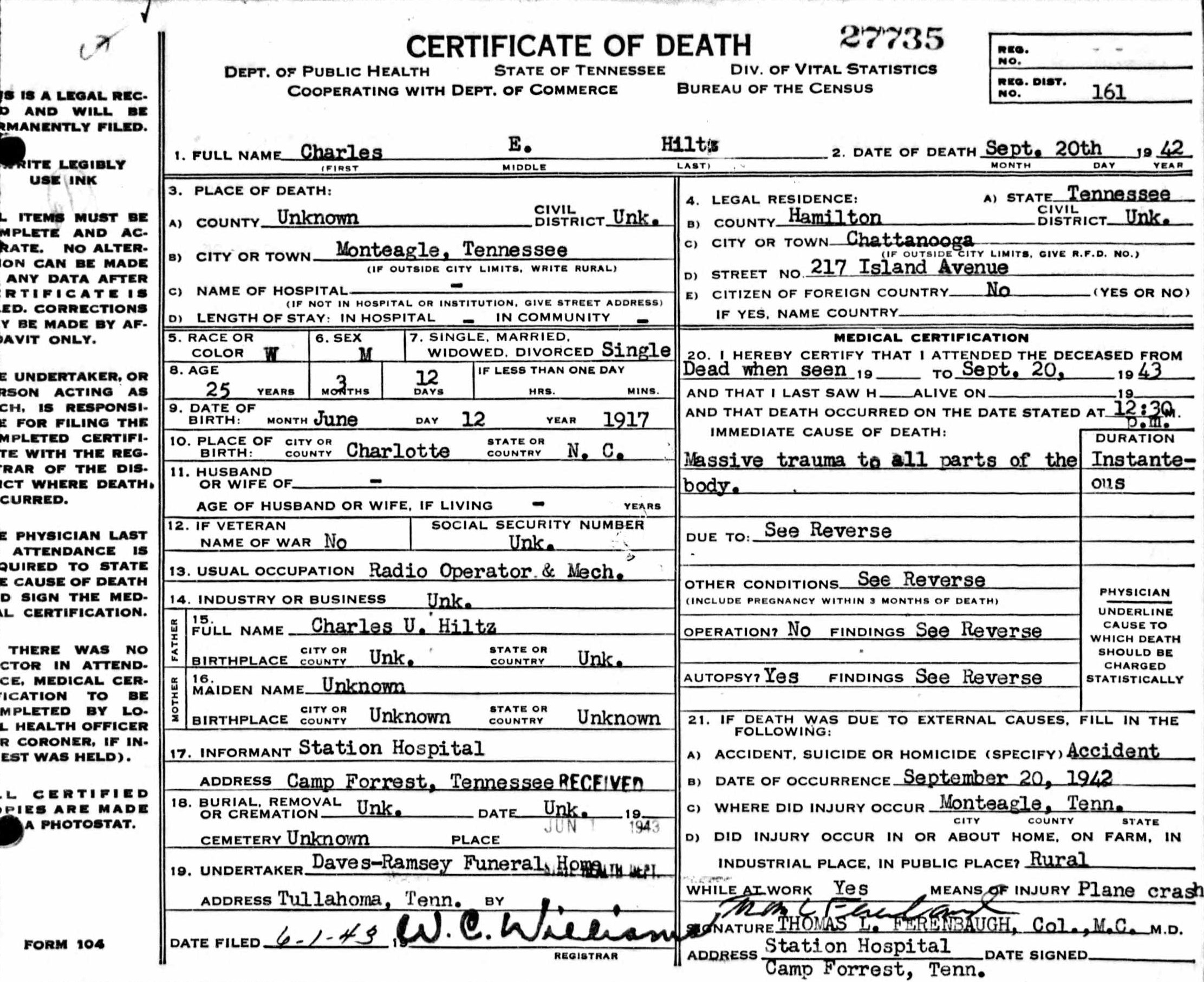 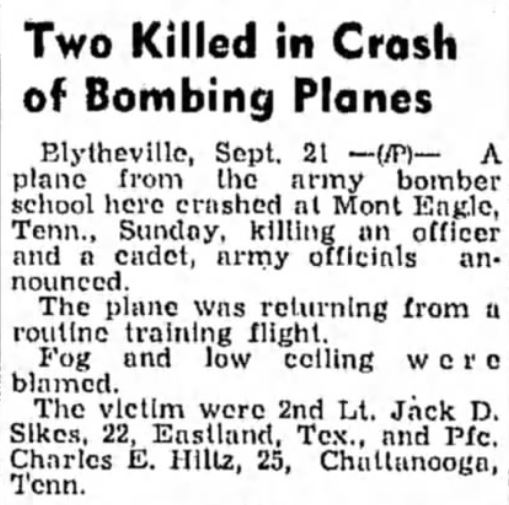