Private First Class Charles Hedgecock #34498957 US Army was assigned to the 301st Infantry Regiment of the the 94th Infantry Division.

From The 94th Division History
The Division had landed across Utah beach on D-Day +94 on 6 September 1944.
The 94th Division had been containing German units bypassed on the Brest Penisula since the Normandy Campaign.
The Division moved across France into position New Yeasr Day 1945 to asault the Sieigfried Switch Line southeast of Luxemborg City. At this time Europe was suffering one of the coldest winters in a century. The Allies were begining to beat back the Battle of the Bulge.
Renewing the assault Jan. 26, elements of the 302nd and 376th and the combat command advanced front lines 1500 yards, retaking Butzdorf. Next day, Germans were pushed back another 1000 yards after 12 hours of fierce fighting. After this action the combat command was relieved and the 301st replaced the 302nd. The 301st closed out the month of January by taking Bubingen.
PFC Hedgecock was Killed in Action on the 27th of January 1945. 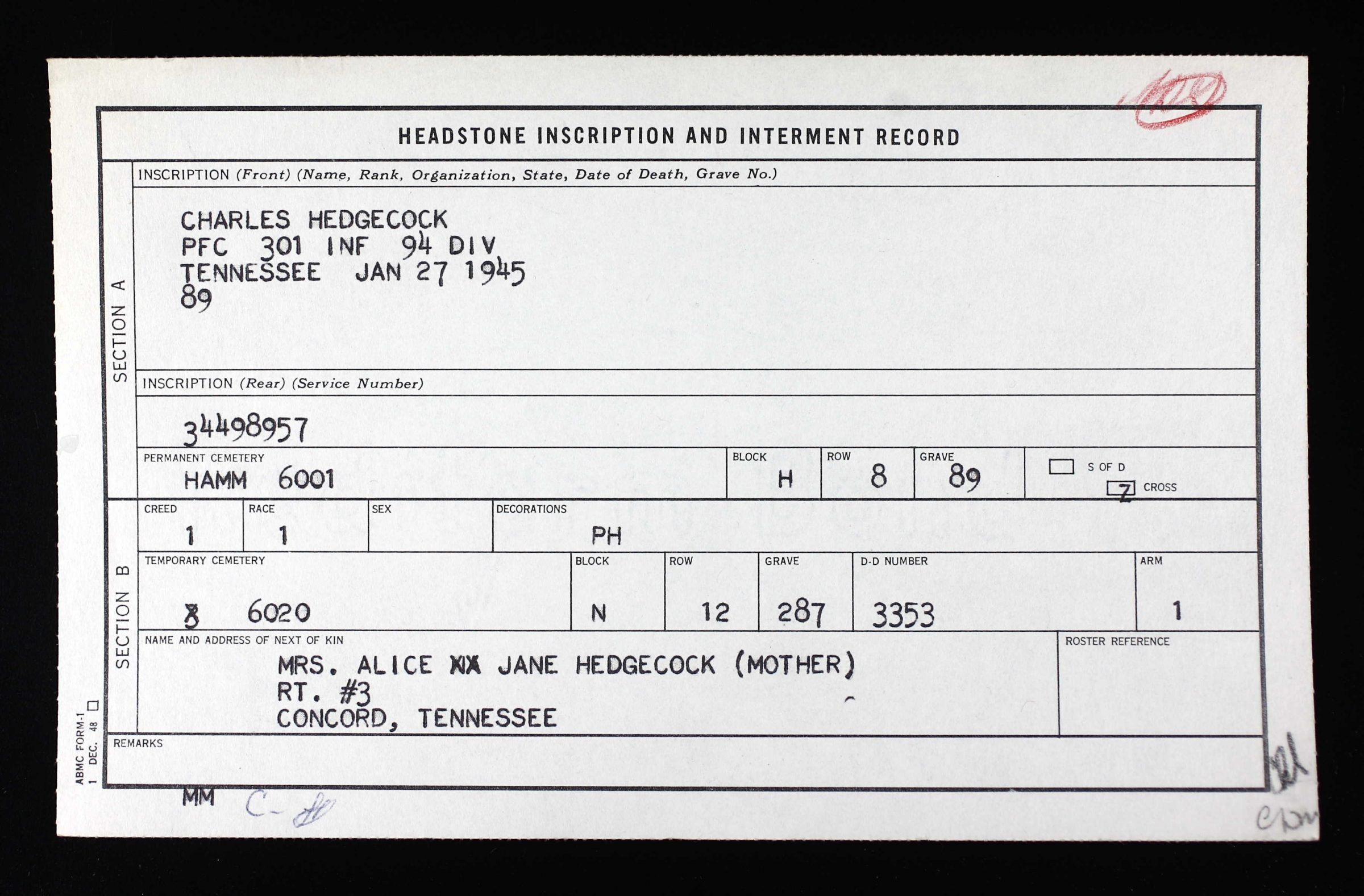