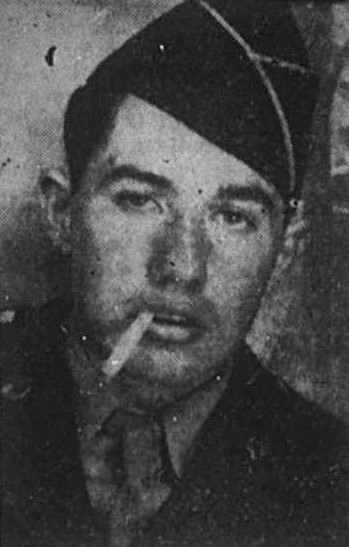 Rogersville review, June 28, 1945
Pfc. Charles H. Rush, 20 years of age, was killed in Germany on March 24, 1945. He had been in service 18 monts and overseas 9 months. He was the youngest son of Mr. and Mrs. T.N. Rush of Rt. 2, Bulls Gap.
The following letter from Colonel James Pierce, his commanding officer, to his mother, tells of his death. “Please accept my sincere expression of sympathy in the loss of your son Private First Class Charles H. Rush 34883826. Your son was killed in action against the enemy of his country 24 March 1945 when he was hit by enemy small arms fire after his glider made a landing north of Wesel, Germany. At the time of his death Private First Class Rush was serving as a rifleman in Co. I. Your son was buried in an American Military Cemetery at Margraten, Holland. A chaplain of the Protestant Faith conducted the services. For further information regarding the disposition of his remains and effects please write to the Quartermaster General. ASF Washington, D.C. Your son’s loss is deeply felt by his fellow soldiers and officers and I am sure that they join me in hoping that your pride in his record may in some part off set your greatfelling of personal loss.” 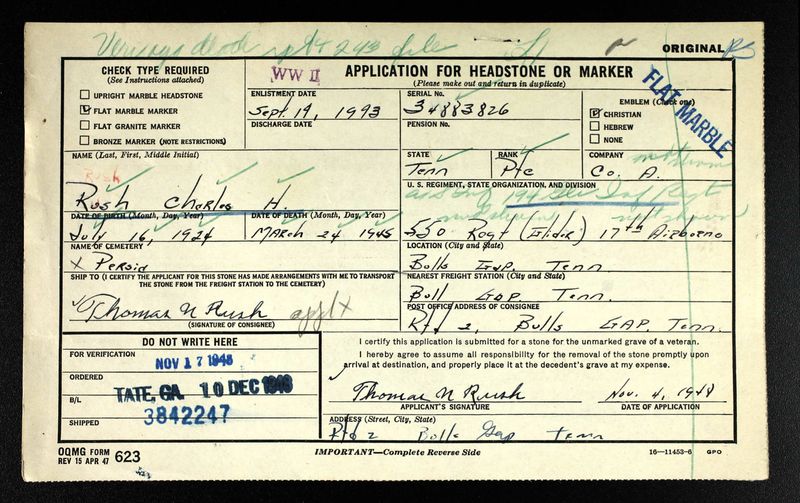