Charles Patterson served on the U.S.S. Oglala and was transferred to the U.S.S. Ramsay (DM16) on 8 December 1941. He drowned at Pago Pago Harbor, Samoa. He was initially buried on March 8, 1942 at Pago Pago, Samoa and reburied at the US Military Cemetery, Schofield Barracks. Buried at the Honolulu, HI Memorial, B, 78. 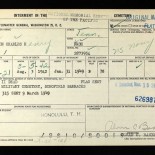 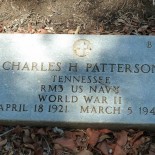 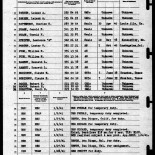 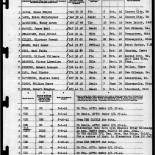 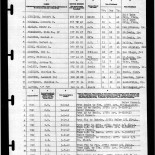