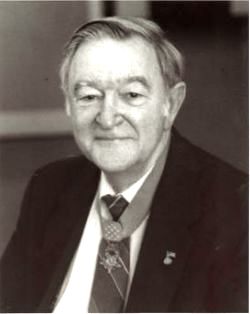 Leading a section of heavy machineguns supported by 1 platoon of Company K, he took a position near Hill 623, east of Belmont-sur-Buttant, France, on 24 October 1944, with the mission of covering the right flank of the 3d Battalion and supporting its action. T/Sgt. Coolidge went forward with a sergeant of Company K to reconnoiter positions for coordinating the fires of the light and heavy machineguns.

They ran into an enemy force in the woods estimated to be an infantry company. T/Sgt. Coolidge, attempting to bluff the Germans by a show of assurance and boldness called upon them to surrender, whereupon the enemy opened fire. With his carbine, T/Sgt. Coolidge wounded 2 of them. There being no officer present with the force, T/Sgt. Coolidge at once assumed command.

Many of the men were replacements recently arrived; this was their first experience under fire. T/Sgt. Coolidge, unmindful of the enemy fire delivered at close range, walked along the position, calming and encouraging his men and directing their fire. The attack was thrown back. Through 25 and 26 October the enemy launched repeated attacks against the position of this combat group but each was repulsed due to T/Sgt. Coolidge’s able leadership.

On 27 October, German infantry, supported by 2 tanks, made a determined attack on the position. The area was swept by enemy small arms, machinegun, and tank fire. T/Sgt. Coolidge armed himself with a bazooka and advanced to within 25 yards of the tanks. His bazooka failed to function and he threw it aside. Securing all the hand grenades he could carry, he crawled forward and inflicted heavy casualties on the advancing enemy.

Finally it became apparent that the enemy, in greatly superior force, supported by tanks, would overrun the position. T/Sgt. Coolidge, displaying great coolness and courage, directed and conducted an orderly withdrawal, being himself the last to leave the position. As a result of T/Sgt. Coolidge’s heroic and superior leadership, the mission of this combat group was accomplished throughout 4 days of continuous fighting against numerically superior enemy troops in rain and cold and amid dense woods.” 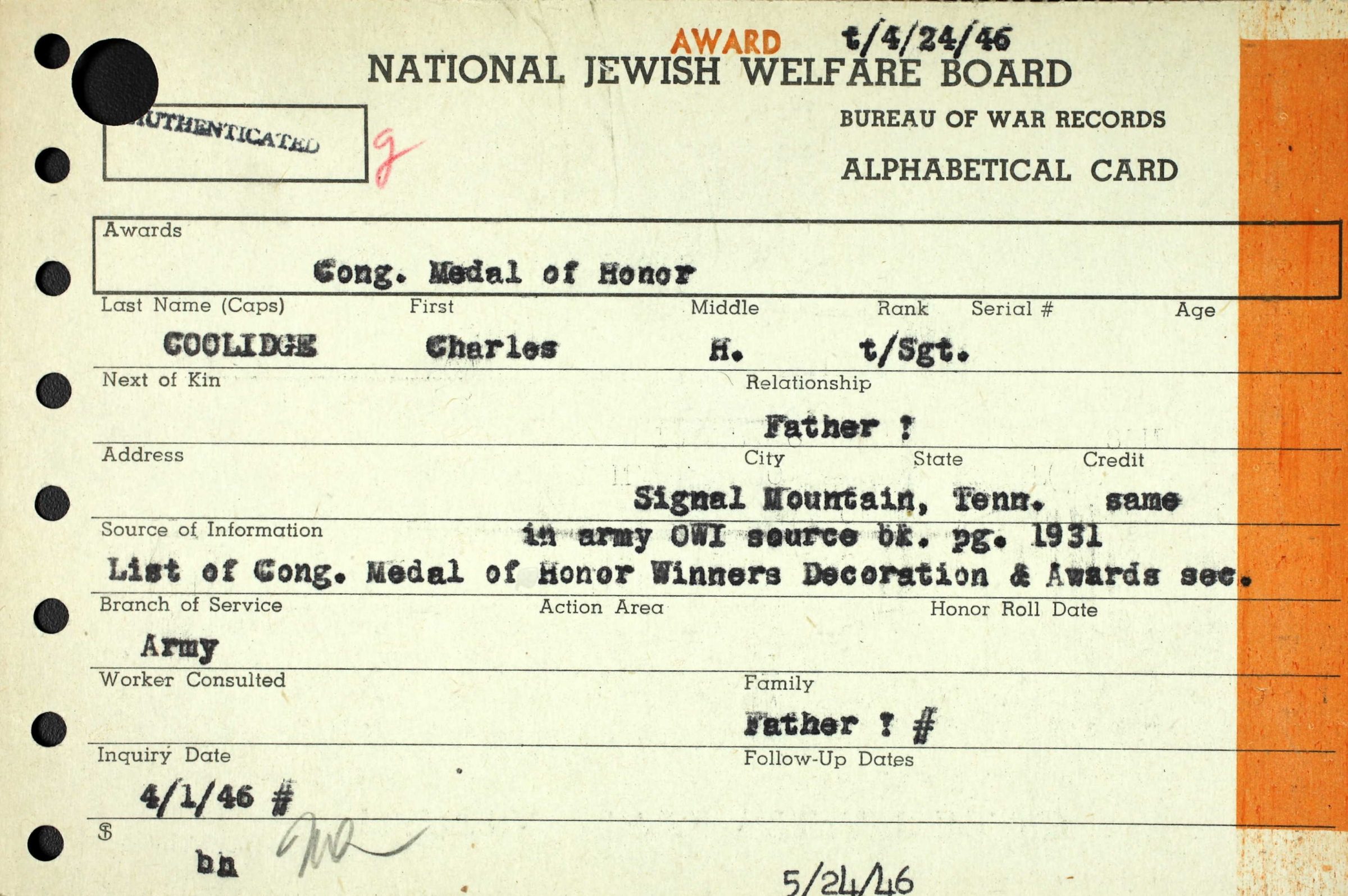 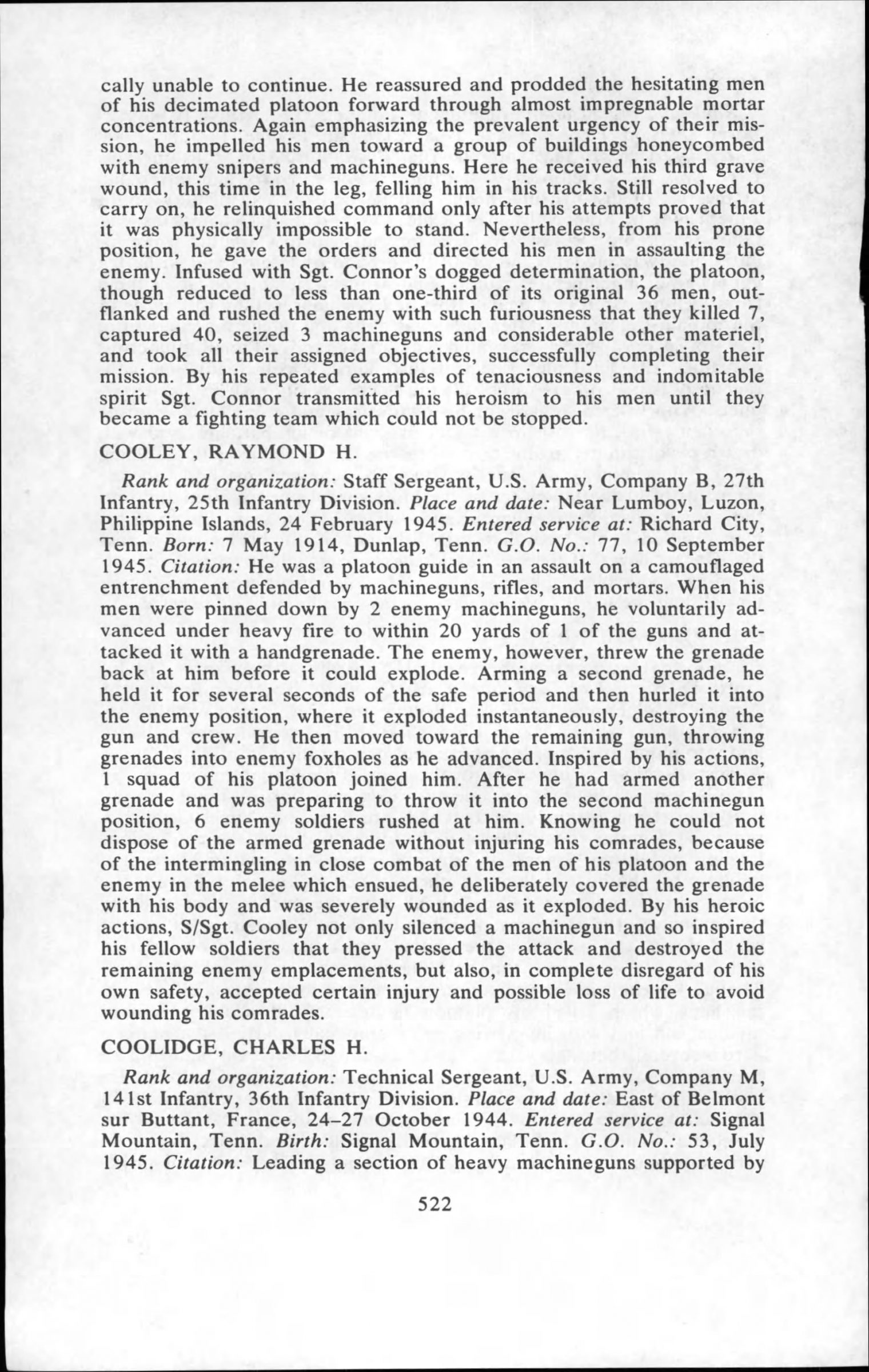 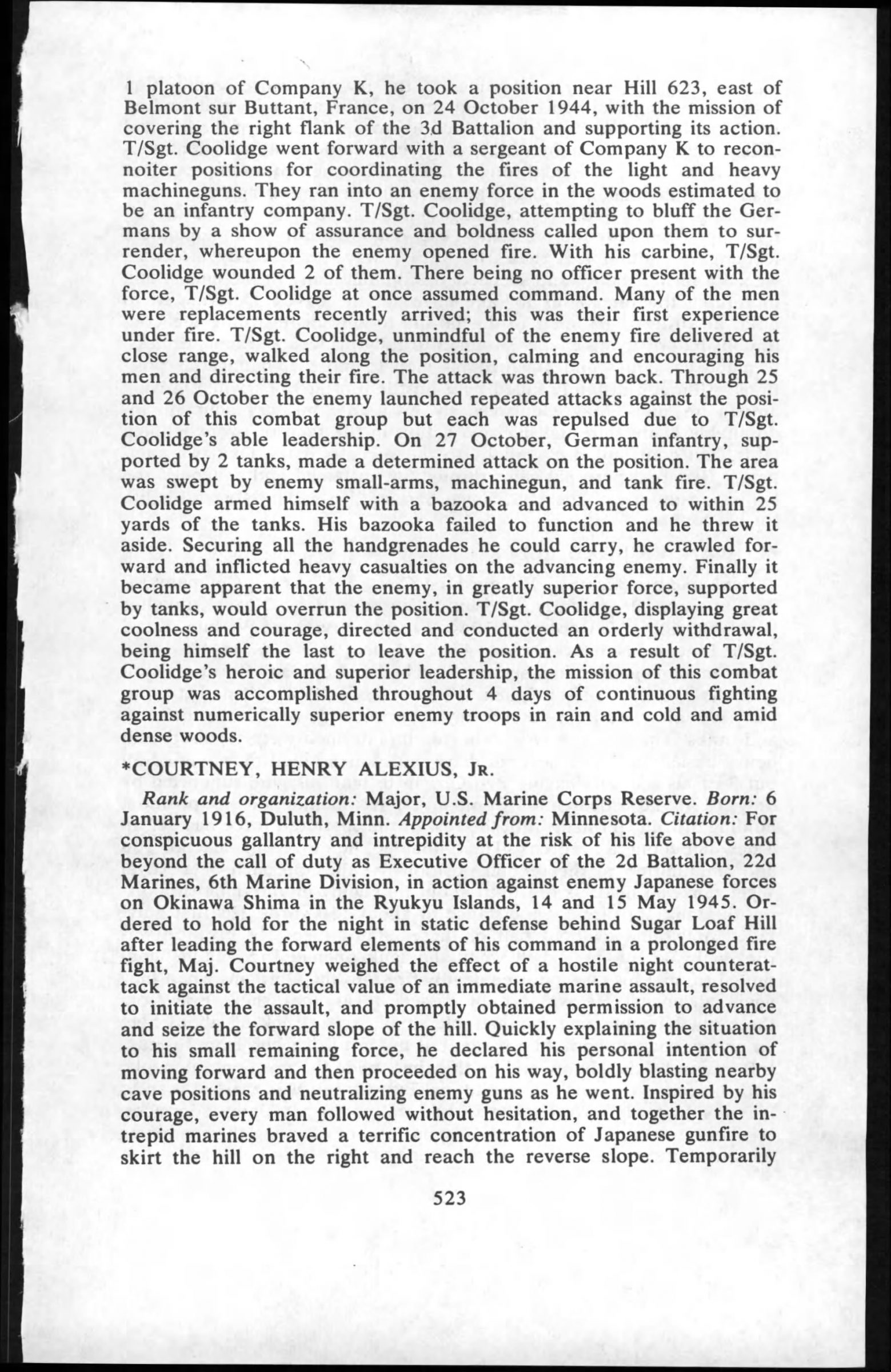 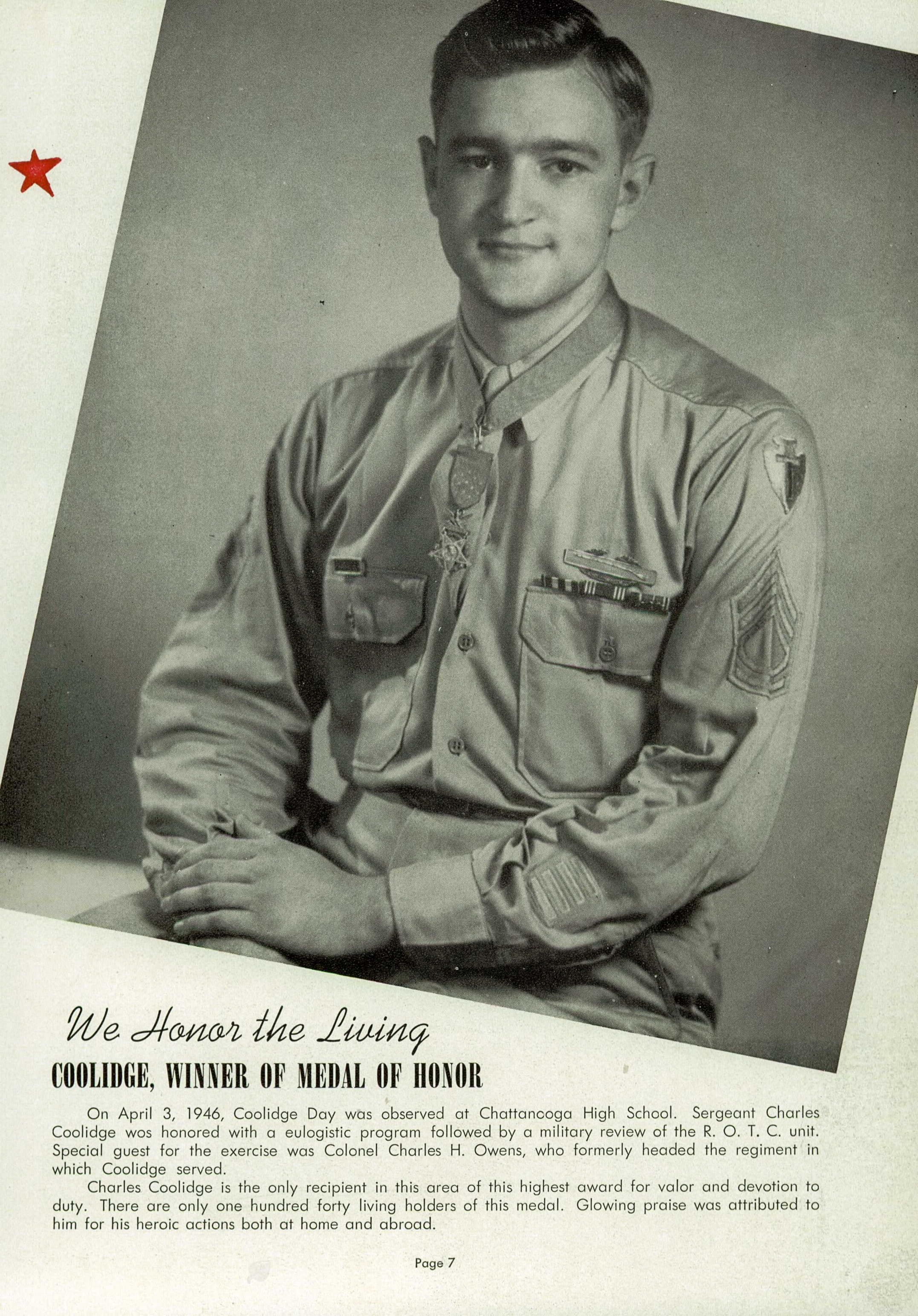 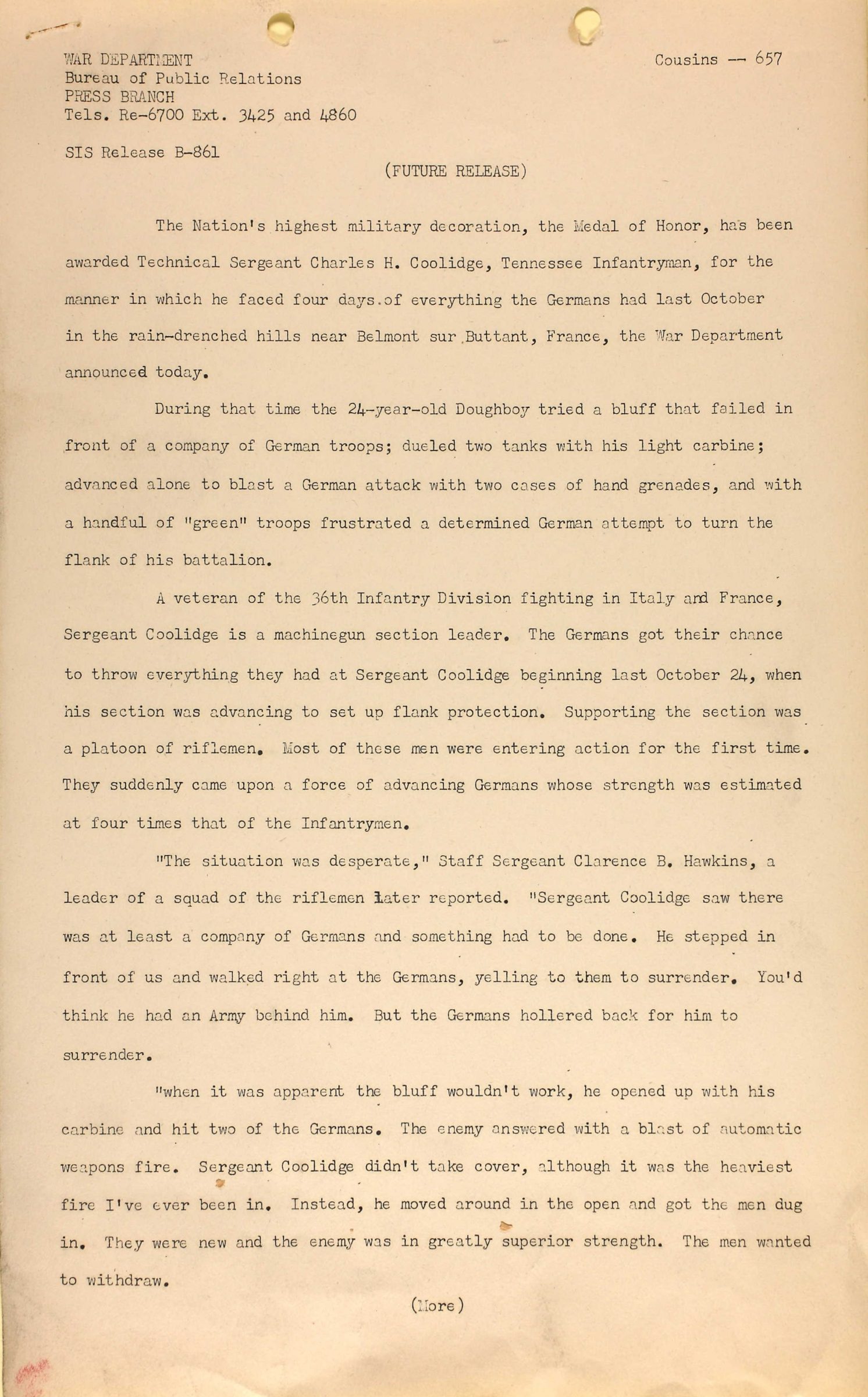 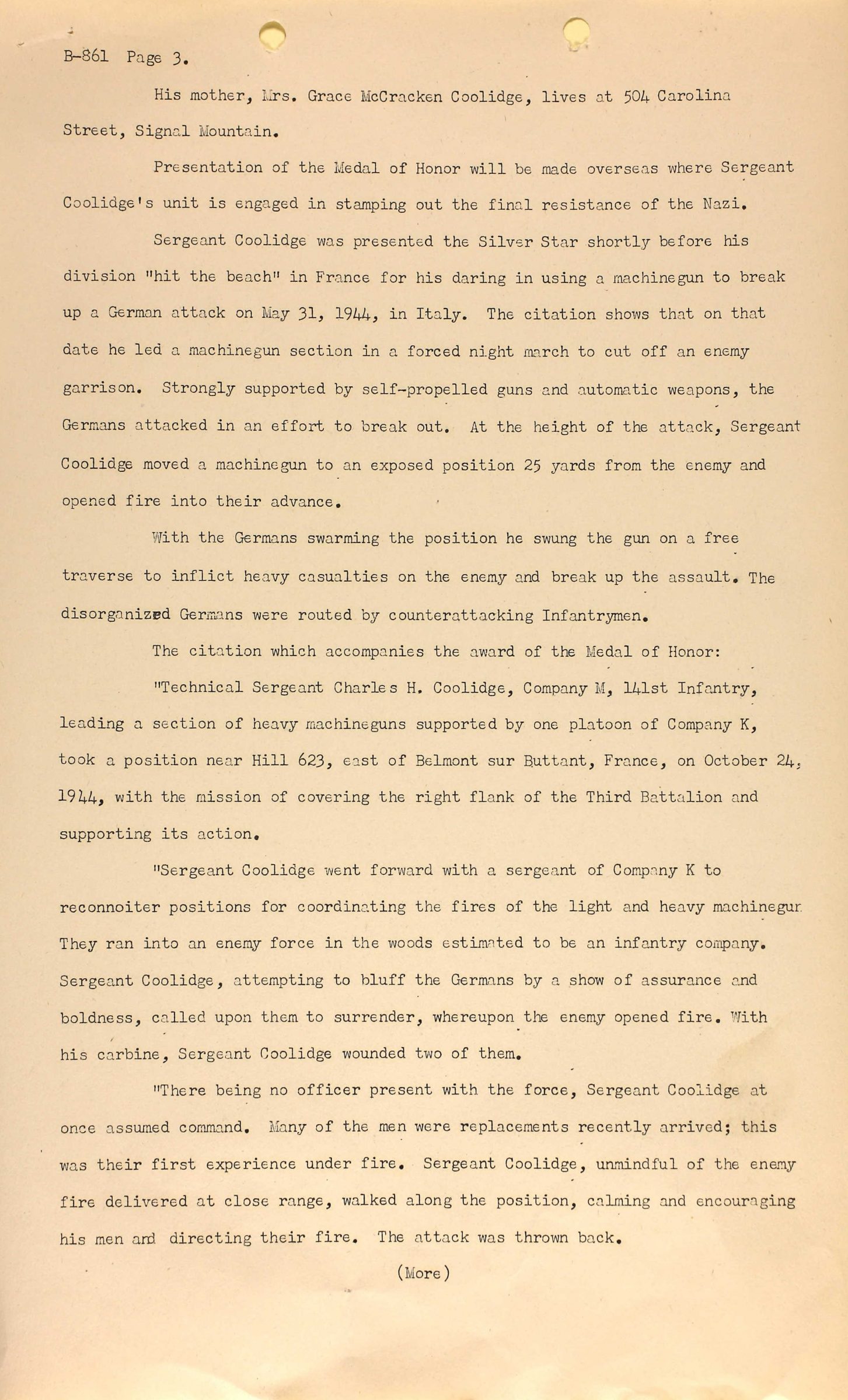 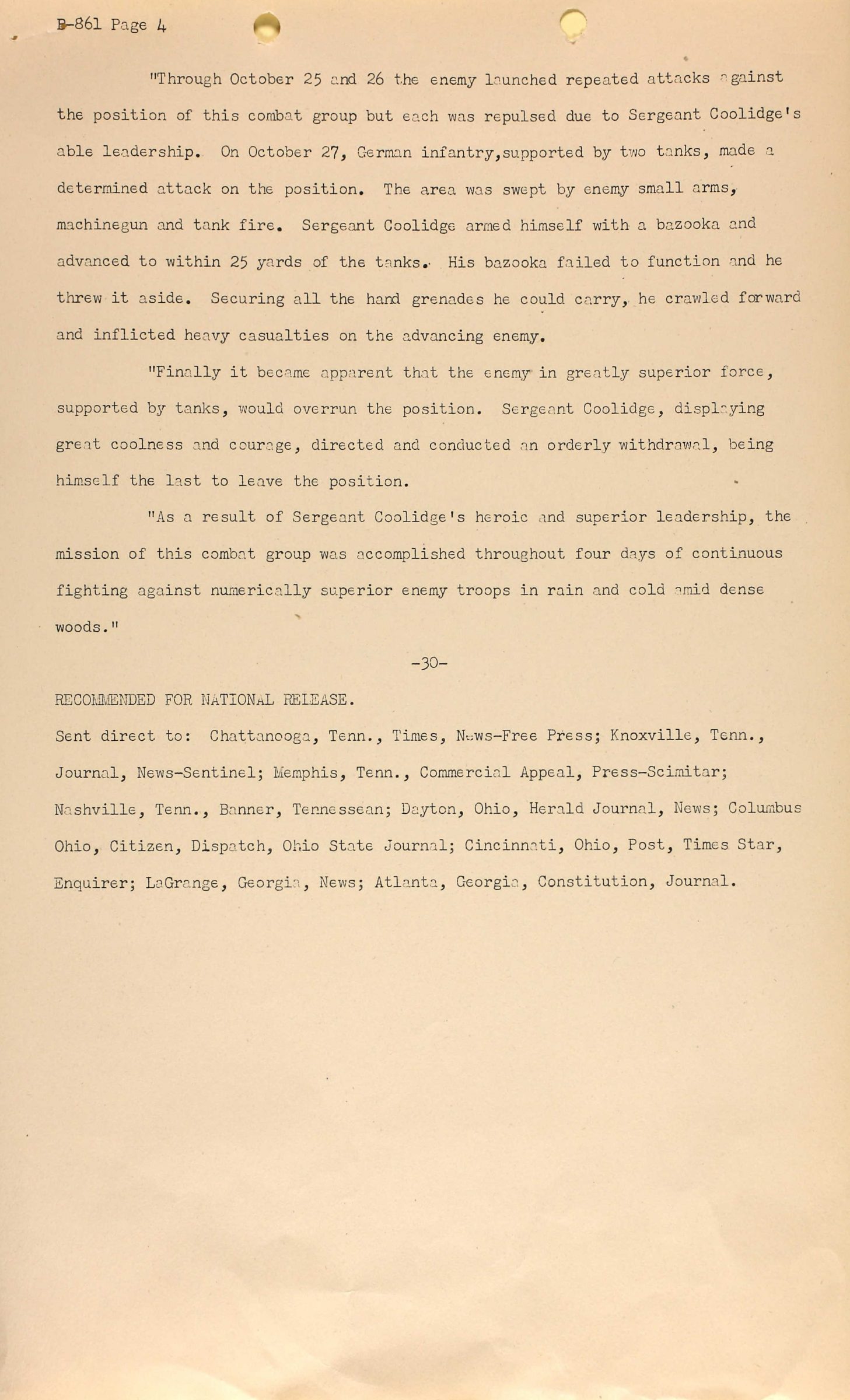 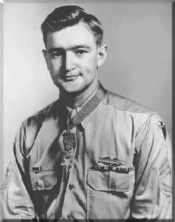 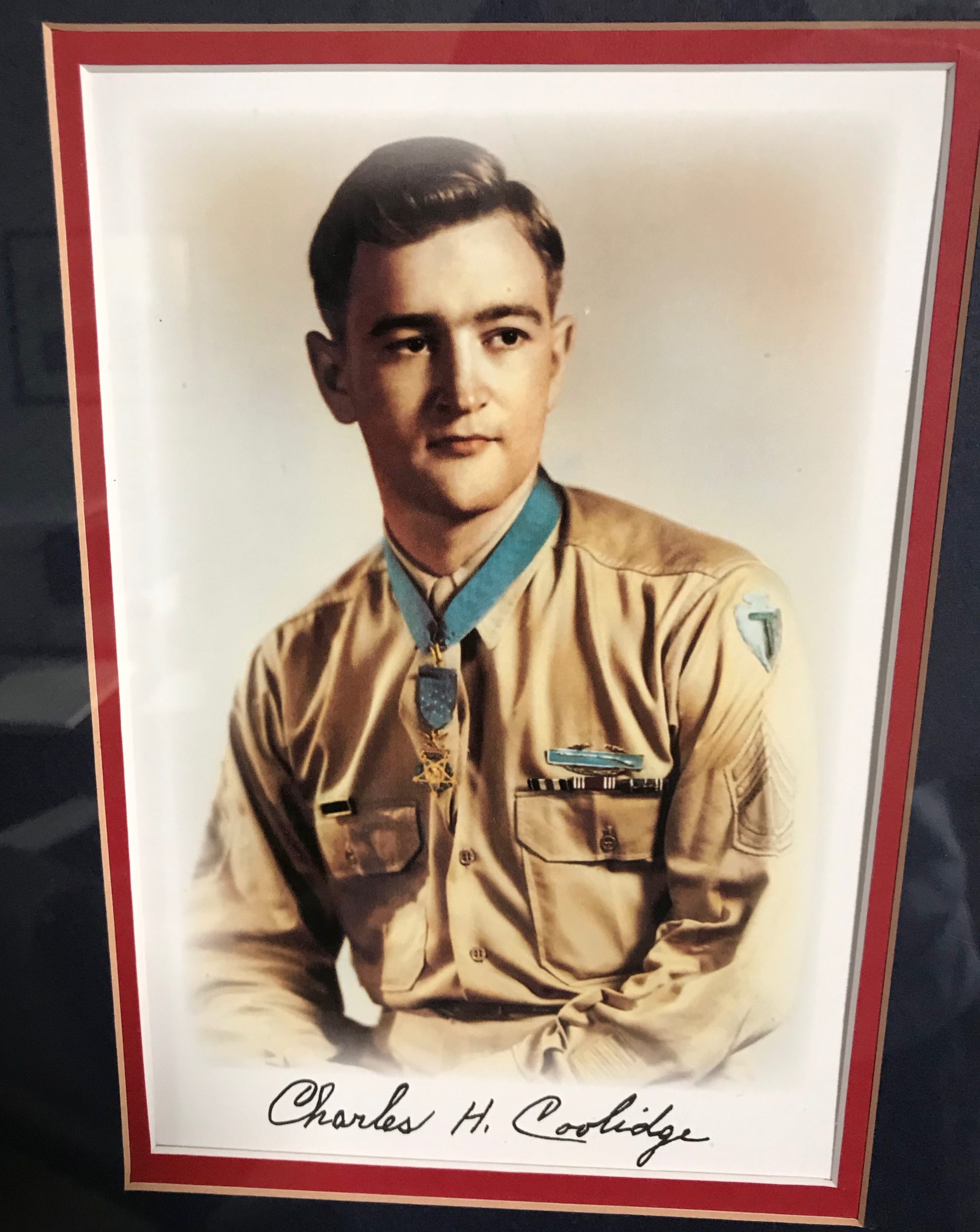