Charles Haiden Campbell was born in 1923 in Chattanooga, Hamilton County, TN to Haiden R. Campbell and Scholze. His mother died in 1925 and he lived with his grandmother Annie Scholze until the 1940’s. His father remarried in 1928. Charles Campbell enlisted with the Air Corps at Chattanooga in 1942.

Second Lieutenant Charles H. Campbell US Army Air Forces was on one of the first crews assigned to the 419th Bomber Squadron, 301st Bomber Group Heavy. He was a Navigator aboard B-17s flying out of Lucera, Italy. His last mission was aboard Barr Fly AC 42-31523 to bomb the aircraft factories at Weiner Neudorf-Austria. He was killed aboard by bullets from German fighter planes.

He was killed in action and is interred at E,18,32, Lorraine American Cemetery, St Avold, France. 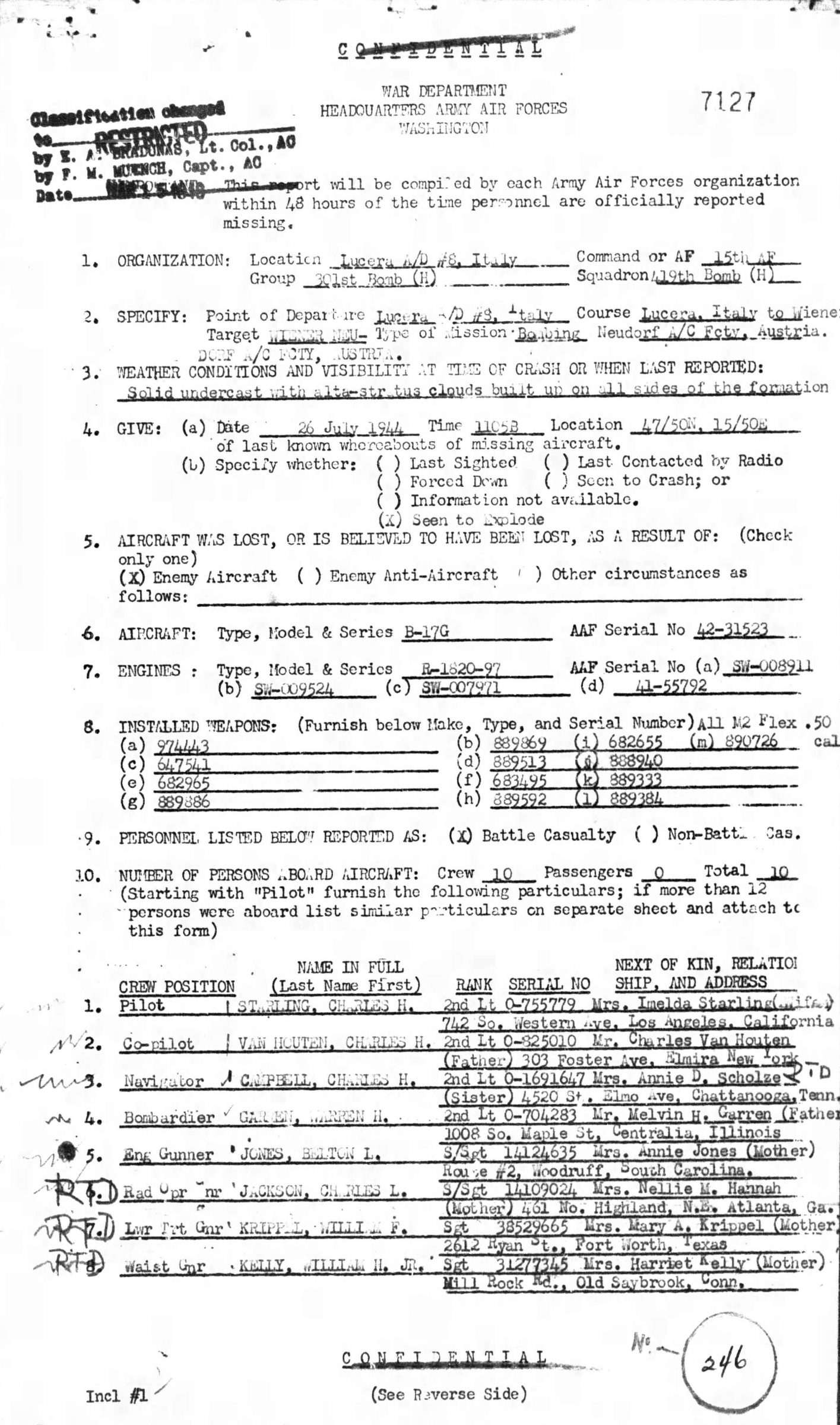 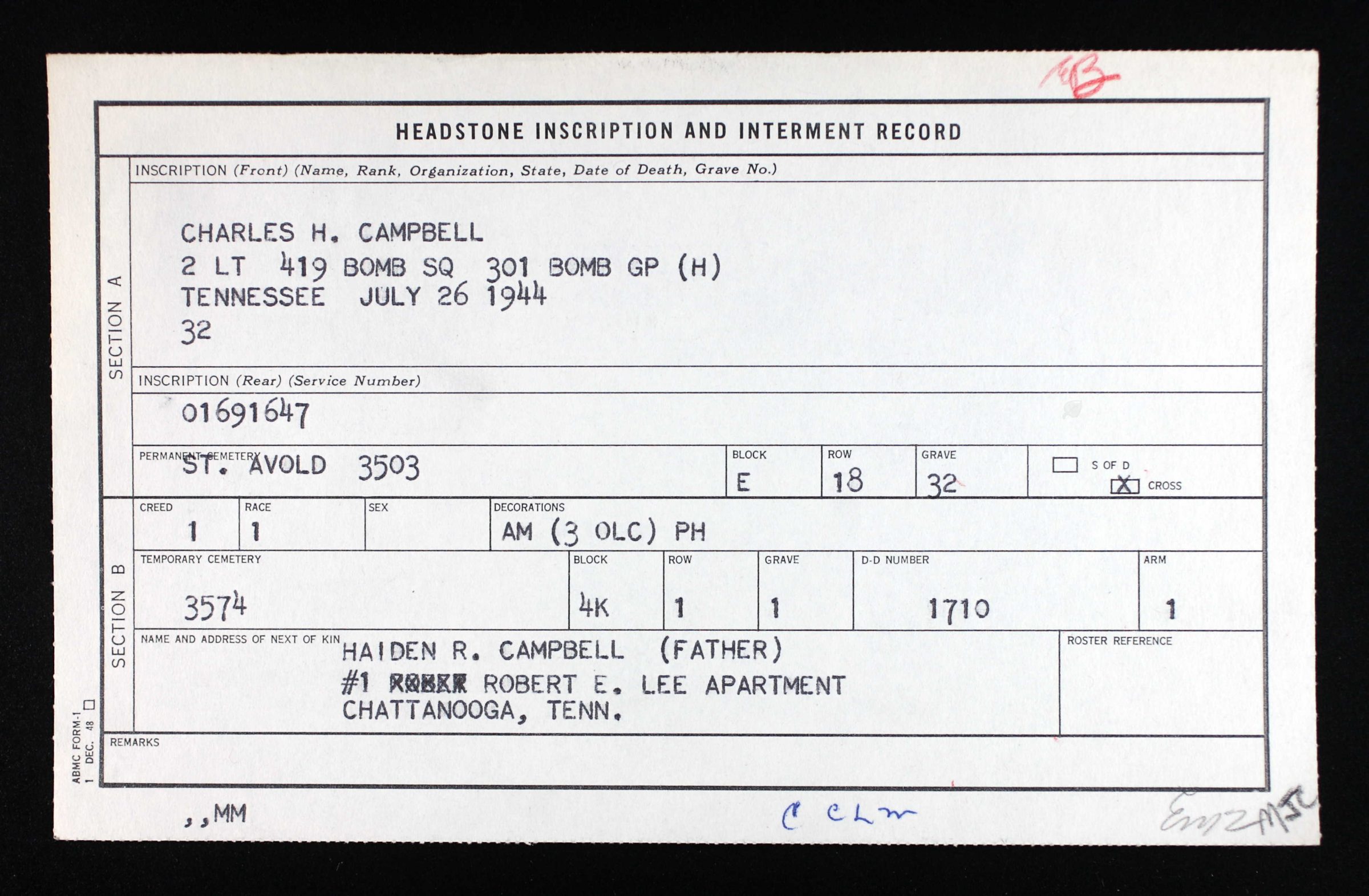