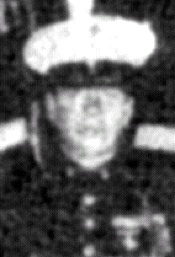 The President of the United States of America takes pride in presenting the Navy Cross Posthumously to Sergeant Charlie Foster MCSN 881584, United States Marine Corps, for extraordinary heroism in connection with military operations against an armed enemy of the United Nations while serving as a Platoon Sergeant in Company H, Third Battalion, Seventh Marines, FIRST Marine Division Reinforced, in action against enemy aggressor forces in the Republic of Korea on 6 November 1950. Spearheading his platoon’s assault against a numerically superior enemy, heavily reinforced with machine guns and occupying well-concealed positions on the crest of a ridge, Sergeant Foster pressed his attack with aggressive determination, inspiring his men to follow and fight their way through a vicious hail of hostile fire until they had reached the ridge-top. Then, reorganizing the unit for a final assault against the fanatical enemy, he took the lead and successfully launched a fierce onslaught, moving confidently through the terrific volume of small-arms, mortar, machine-gun and grenade fire hurled by the desperate hostile force, maneuvering his men over the jagged terrain, and neutralizing the enemy machine guns which had delayed the friendly advance. Finally, with the accomplishment of his objective in view, and an enemy rout virtually assured, Sergeant Foster fell mortally wounded. His superb courage, determined leadership and valiant fighting spirit in the face of overwhelming odds were in keeping with the highest traditions of the United States Naval Service. He gallantly gave his life for his country. Authority Board of Awards Serial 1132 November 1, 1951 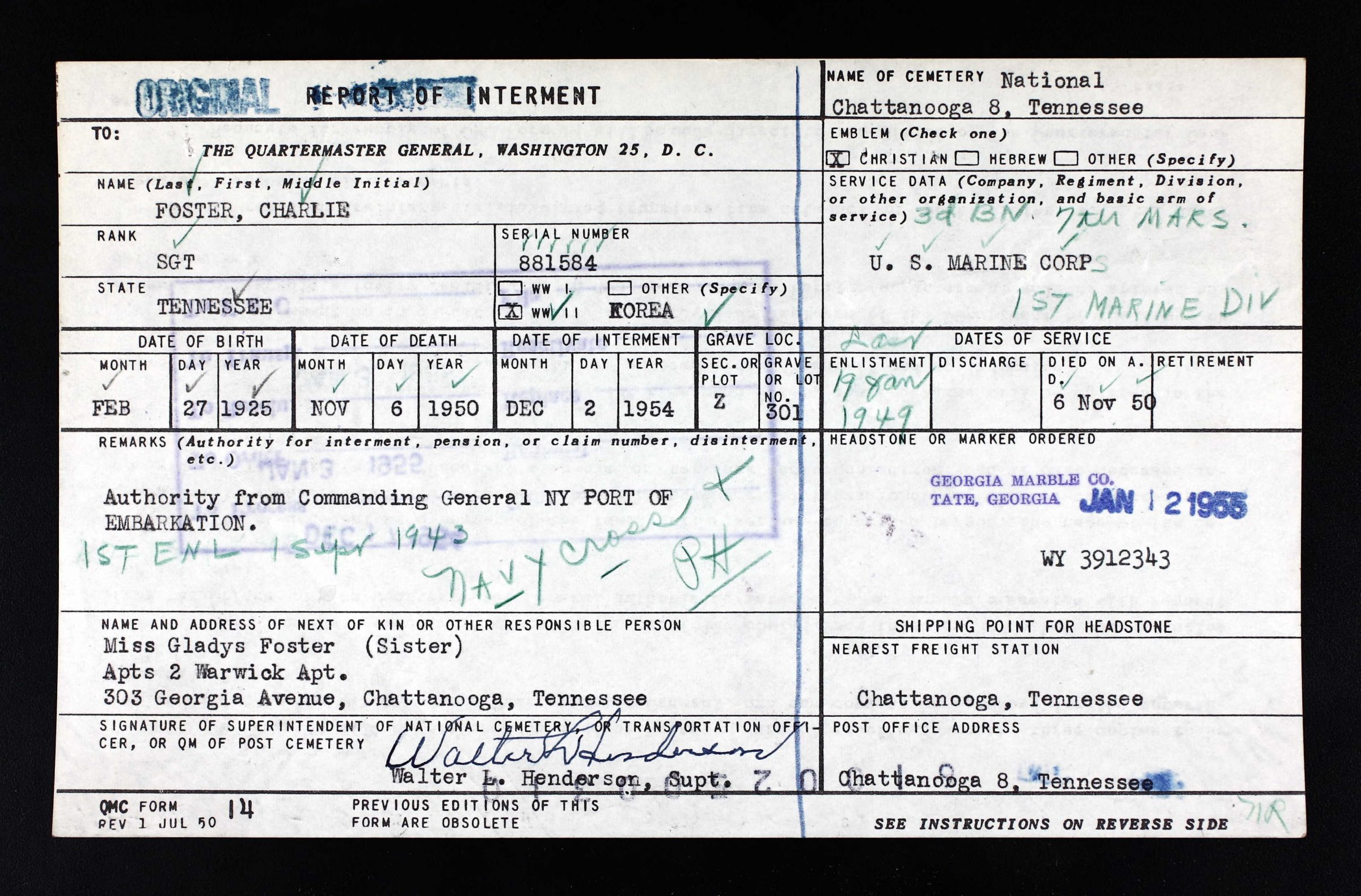 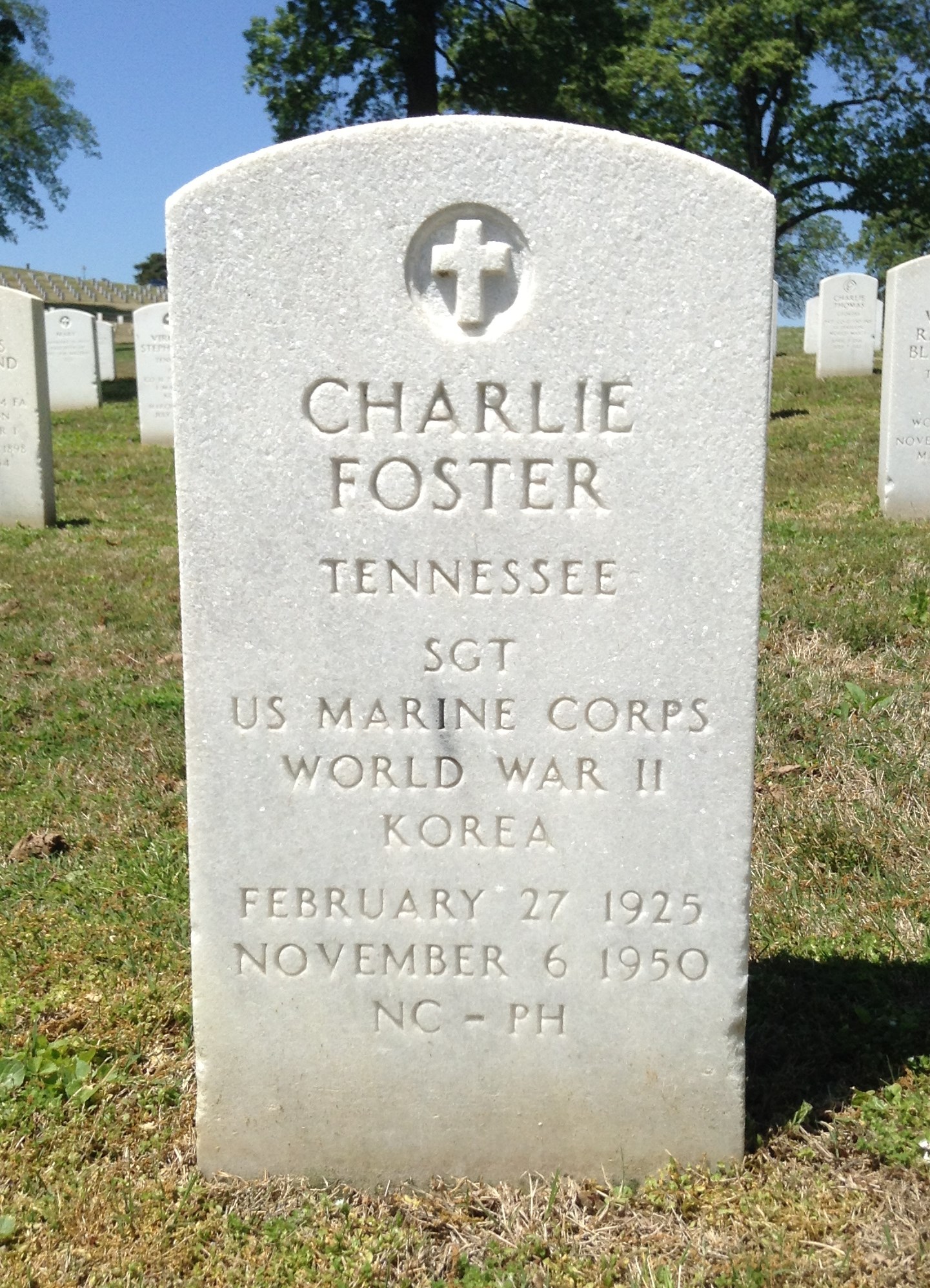