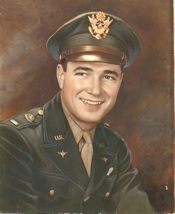 Charles had a passion for flying and was an observation pilot for the 191st Field Artillery of the National Guard. During World War II he was an Army Air Force pilot and rose to the rank of Captain. He was a member of the Troop Carrier Command where he transported troops and supplies to the areas of operation in the European and the Central/South American Theatres.

After World War II, he returned to Knoxville and was a flight instructor with the Knoxville Flying Service and was a member of the Army National Guard with the 278th Regimental Combat Team. Captain Wilhite returned to active duty in the latter part of 1950 and was an Artillery Liaison pilot with the 1st Cavalry Division Artillery Headquarters- Headquarters Battery, 1st Cavalry Division.

Captain Wilhite and his fellow observer flew a single engine L-19 Bird Dog plane made for the Army by Cessna Aircraft Manufacturers. On October 25, 1951, having taken off from an airstrip in Korea, Captain Wilhite had spotted an area for enemy troop and artillery movement in North Korea. When their reconnaissance mission returned them to the same area later an enemy artillery placement had been established and Captain Wilhite’s plane was hit and caught fire. His observer parachuted to safety but Captain Wilhite was killed when the aircraft crashed.

The report of his death reached Knoxville just before Christmas 1951. Captain Charles Wilhite was returned to Knoxville over the Southern Railway on April 24, 1952, and funeral services were held at Berry Funeral Home Chapel the following afternoon. He was laid to rest in Lynnhurst Cemetery with full military honors by The American Legion Post #2. In addition to his parents, wife, and children, Charles left a brother, Estil Mack Wilhite, Jr., and a sister Mrs. Thelma Hardin, wife of Nathan Hardin and a grandmother, Mrs. Johanna Wilhite. His son, Charles E. Wilhite, Jr., assisted in the composing of his father’s biography for the East Tennessee Veterans Memorial Association. 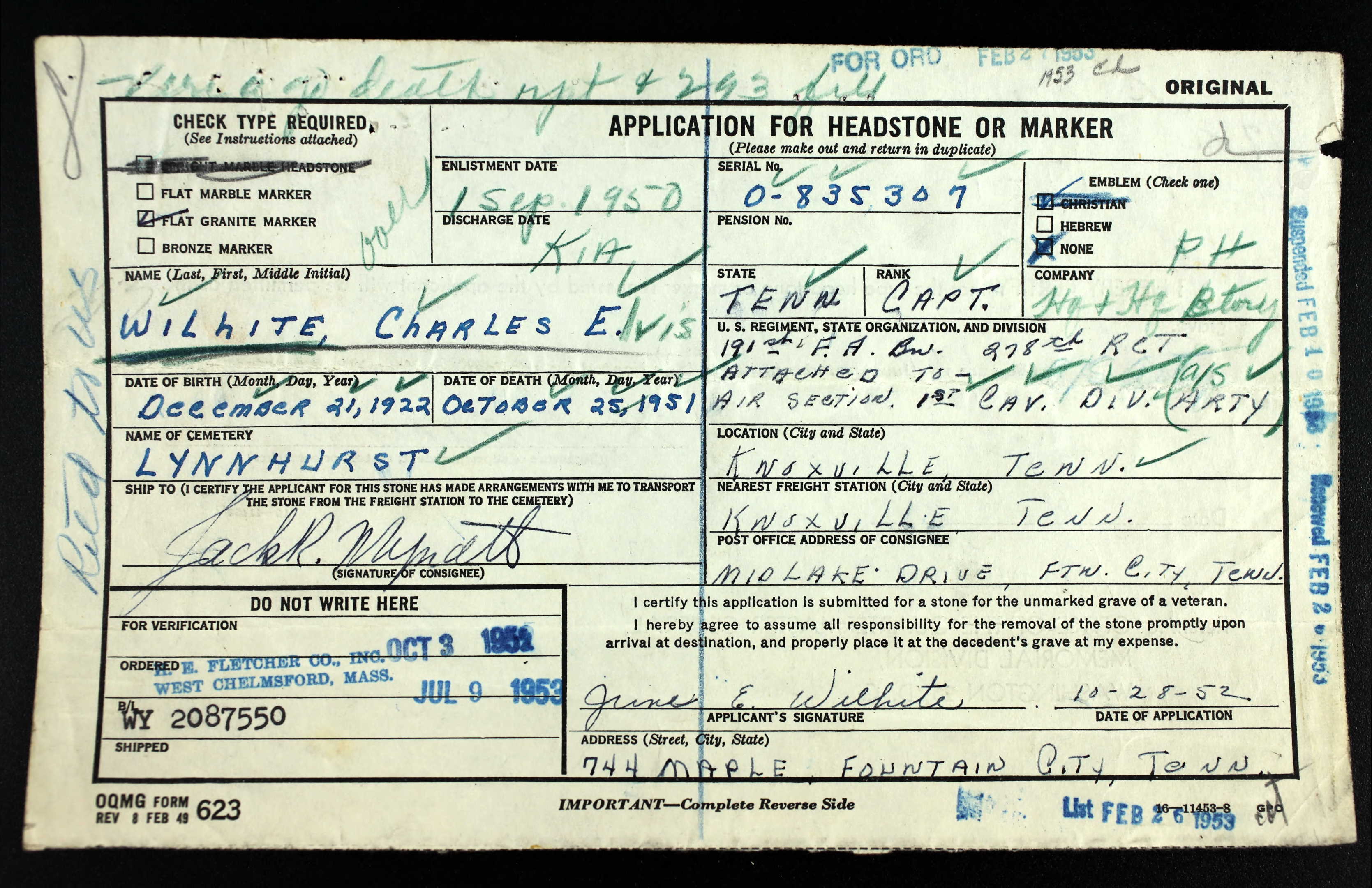