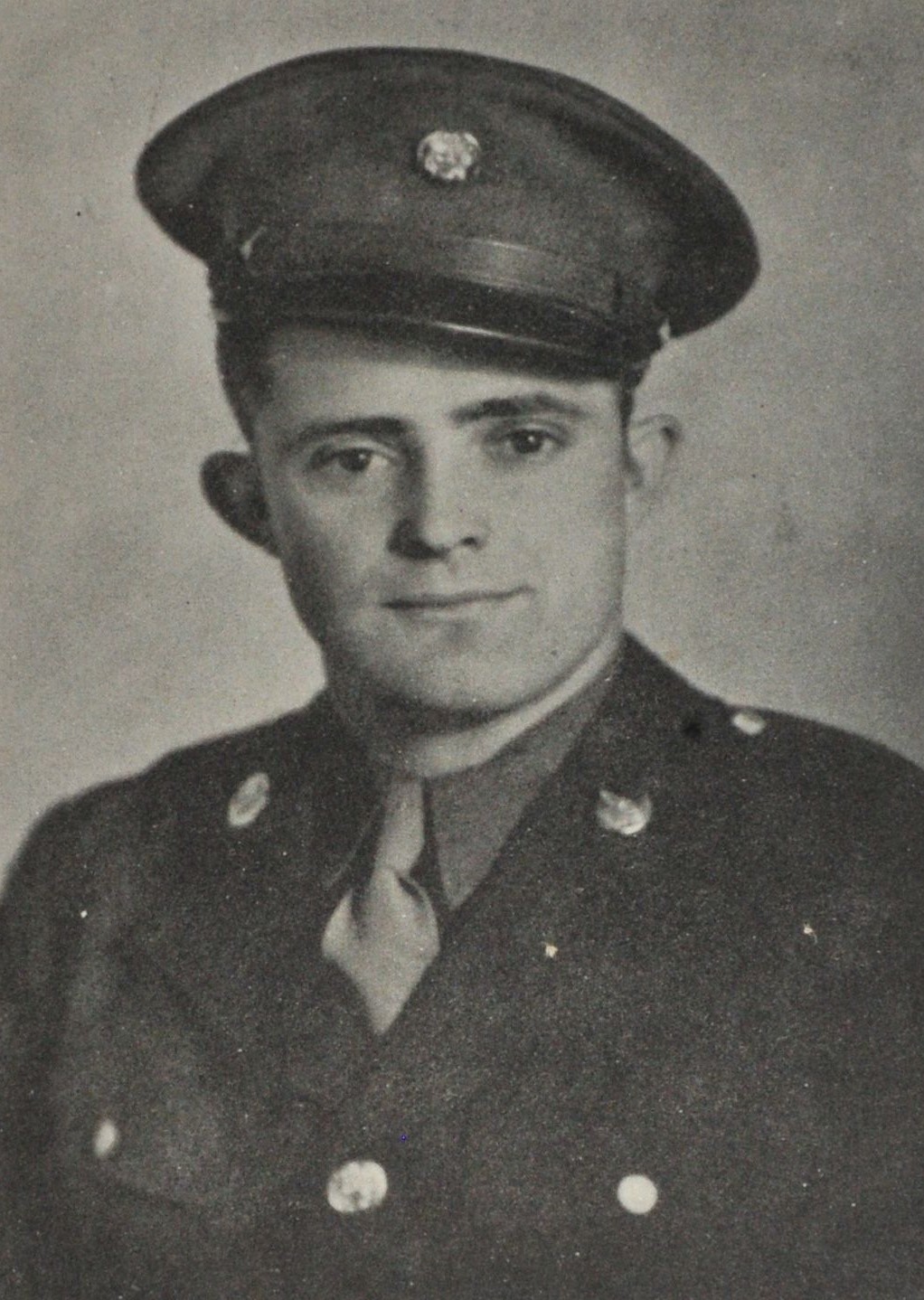 The Johnson County News, September 20, 1945
Charles Edward Waters, born October 7, 1920, gave his life for his country on May 4, 1945, on Okinawa Island. Charles served in two armies – in the Army of God and in the army of his country. He wrote home to his mother saying if he didn’t see her any more in this World, he would meet her where there were no more goodbyes, wars or sorrows.
He leaves his parents, Mr. and Mrs. W.C. Waters, Damascus, Va., Route 1, Box 65; three brothers; five sisters and a host of friend to mourn his going. 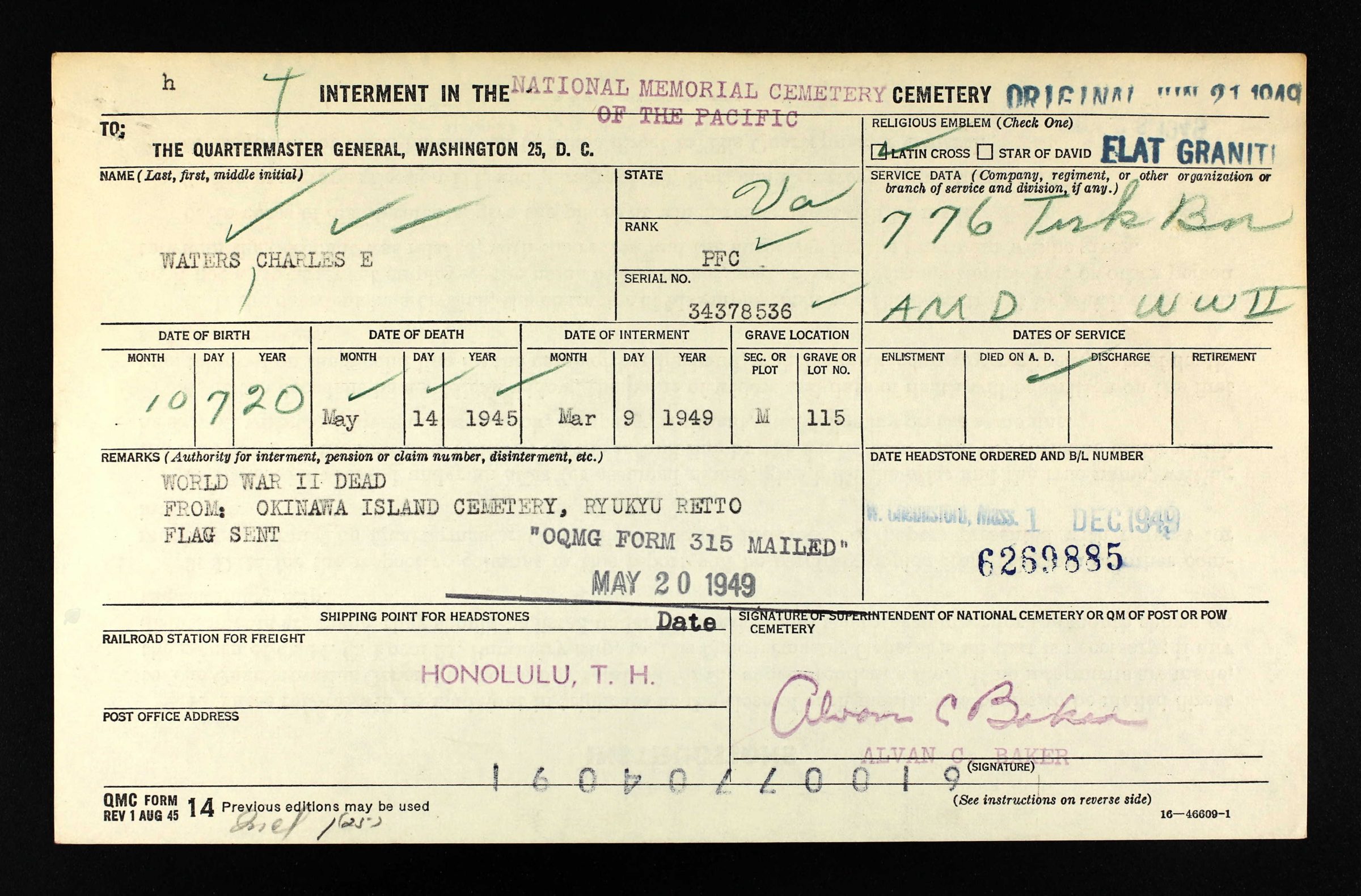 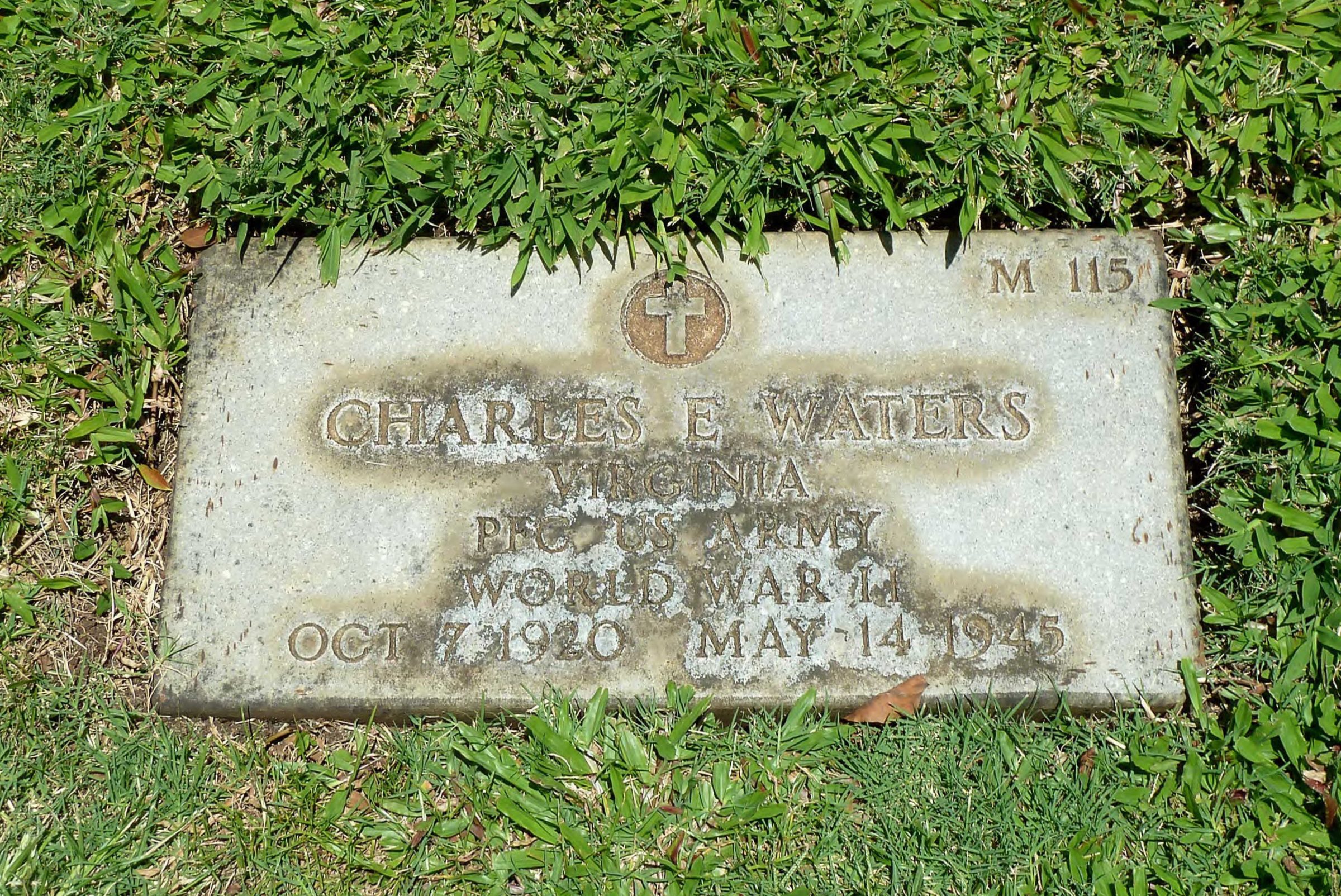