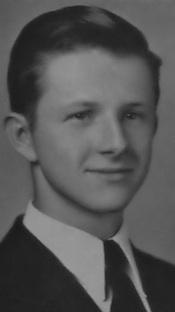 Aircraft B-17G with serial number 42-97180 departed from Thurleigh, England on a heavy bomb mission to Rutland, Germany. The high Group in which Lt Freeman was flying was attacked by 7 FW-190 from 7 to 8 o’clock high, six abreast and four deep, about 10 minutes before the target was reached. They salvoed their bombs and the aircraft dropped back on fire. 2nd Lt was initially buried at the community cemetery Britz in Germany on 12 September 1944. 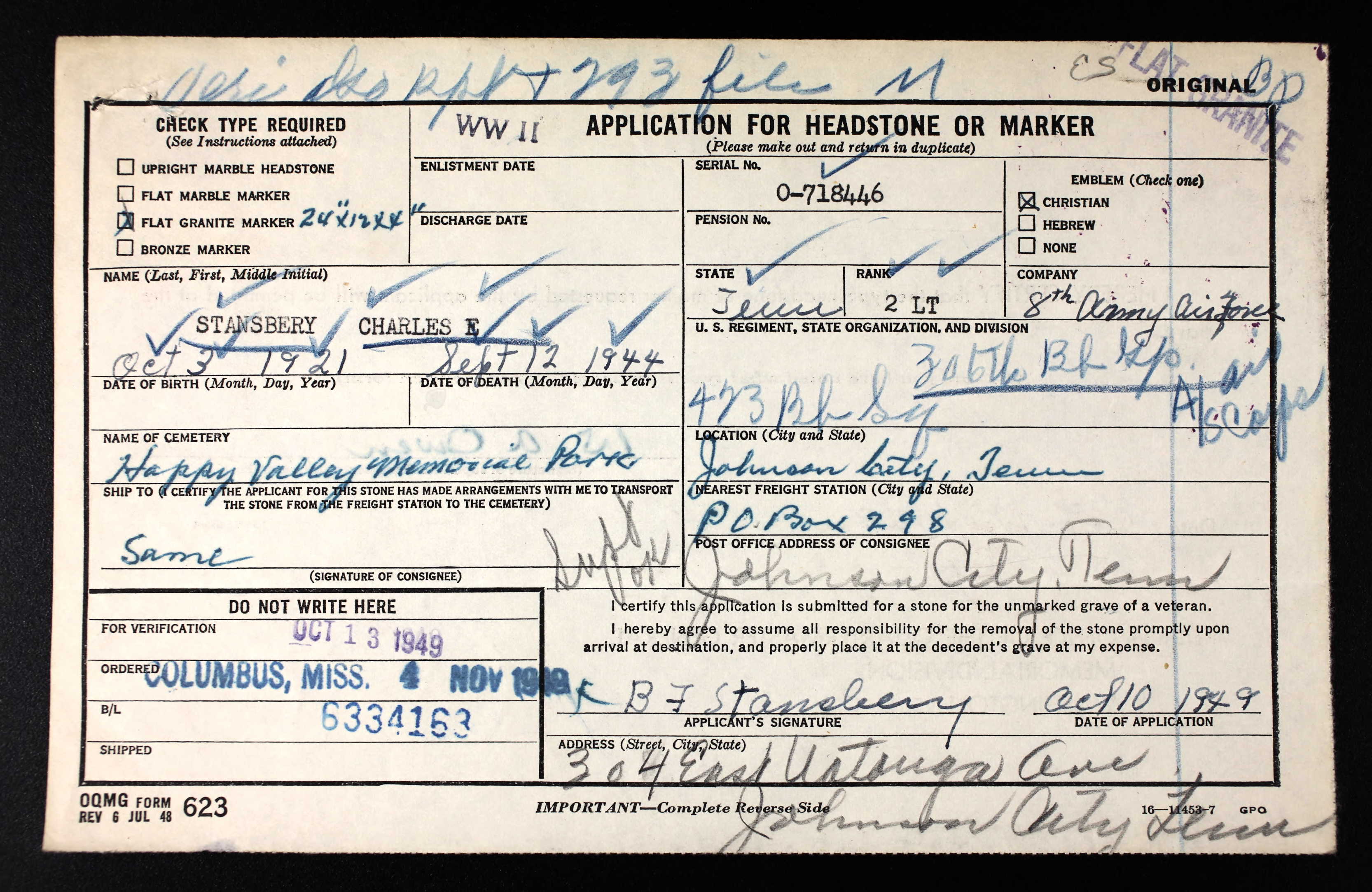 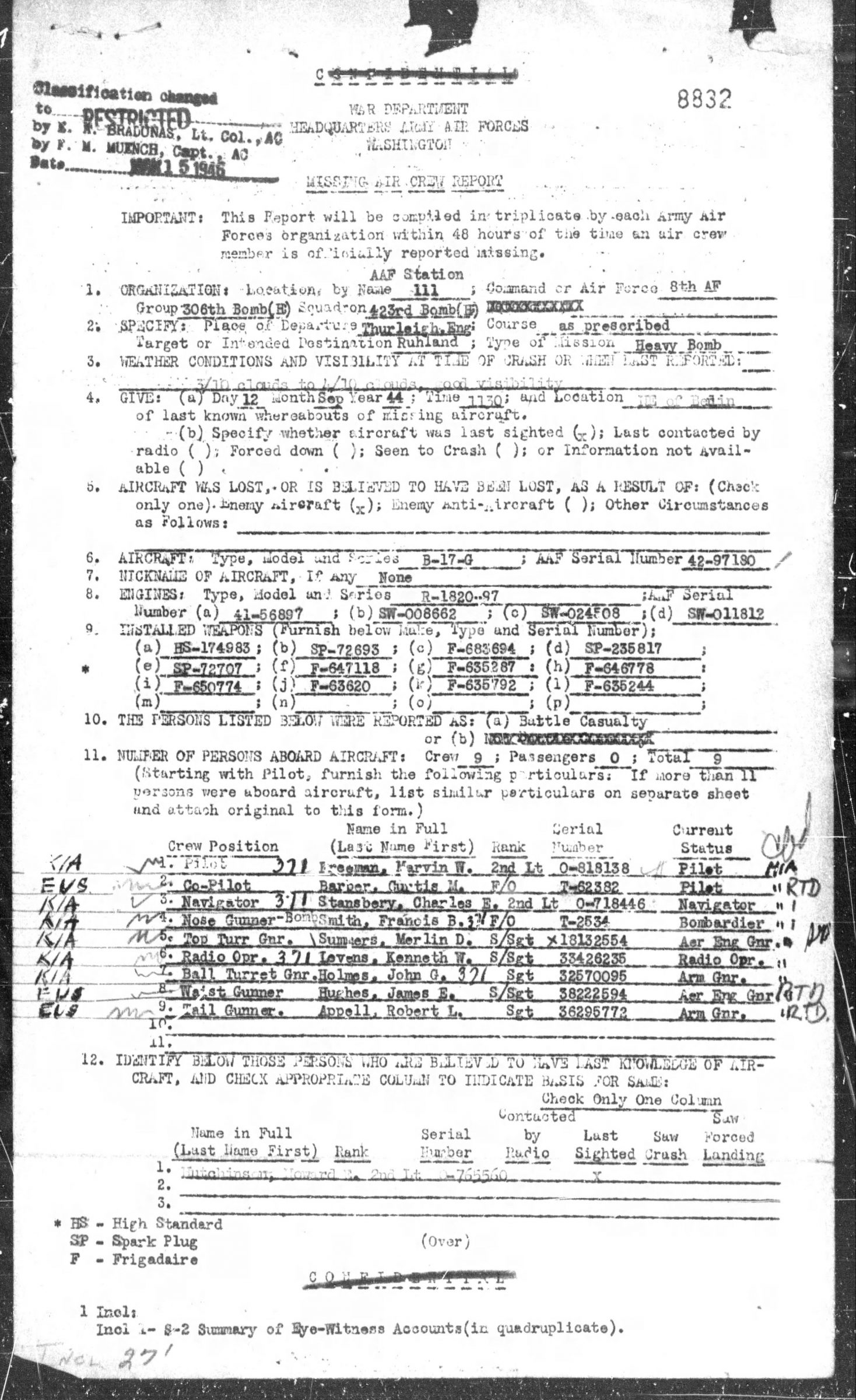