Charles Edward Smith was born in Morristown, Tennessee. He was killed in action and initially buried at the American Cemetery at Recey-sur-Ource in France.

Obituary in Morristown, TN paper:
Pvt. Charles Smith’s remains arrive today
The remains of Private Charles E. Smith, of Co. A. 52nd infantry, 6th division, who was killed in action in France, arrived in this city today on train 41. The funeral services will be held from Economy church at 10:30 A. M. Wednesday, conducted by Rev. E. F. Wright, and the local chapter of the American Legion will conduct the regular military funeral ceremony. Internment in the church yard. Funeral party will leave from the chapel of the Harry Stetzer Undertaking Co. at 9:30 a.m.
Private Smith was 24 years of age and answered the call of his country on May 5th, 1918, and died in action in France on January 16, 1919.
He is survived by his parents, Mr. and Mrs. Berney Smith, of this city and the following brothers and sisters: Mrs. Ollie Kennedy [sic. McKenzie] , of Akron, Ohio; Mrs.Lizzie Cosson of this city; Misses Ruth and Miss Bessie and Robert, Arthur, Jim, Victor and Glenn of this city, and Luther of Knoxville. 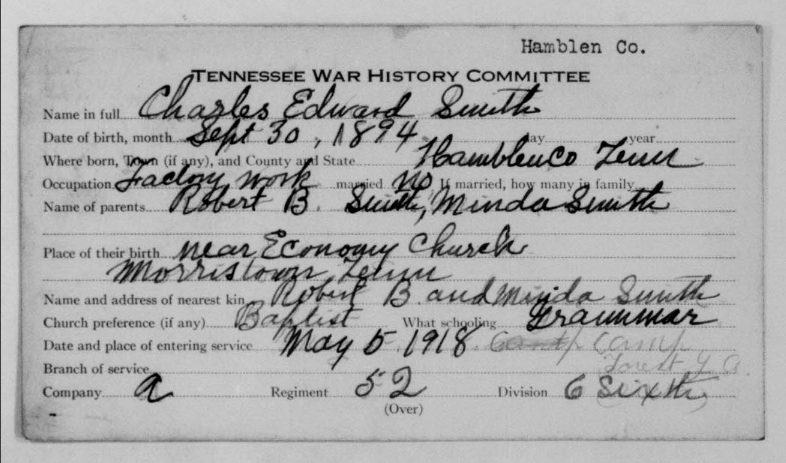 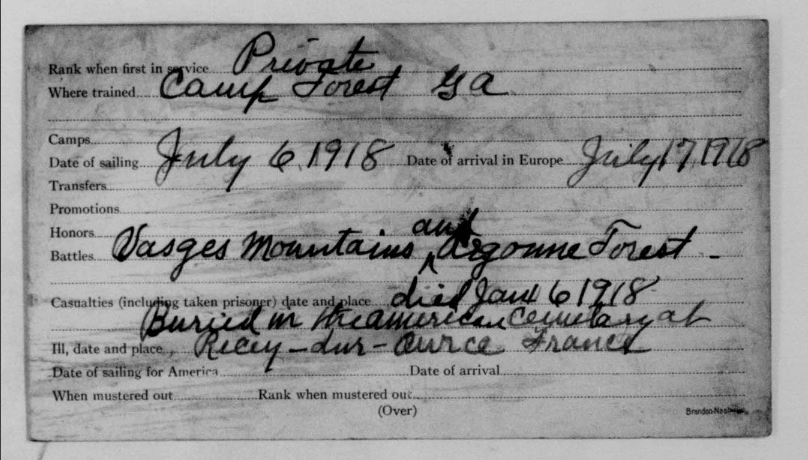 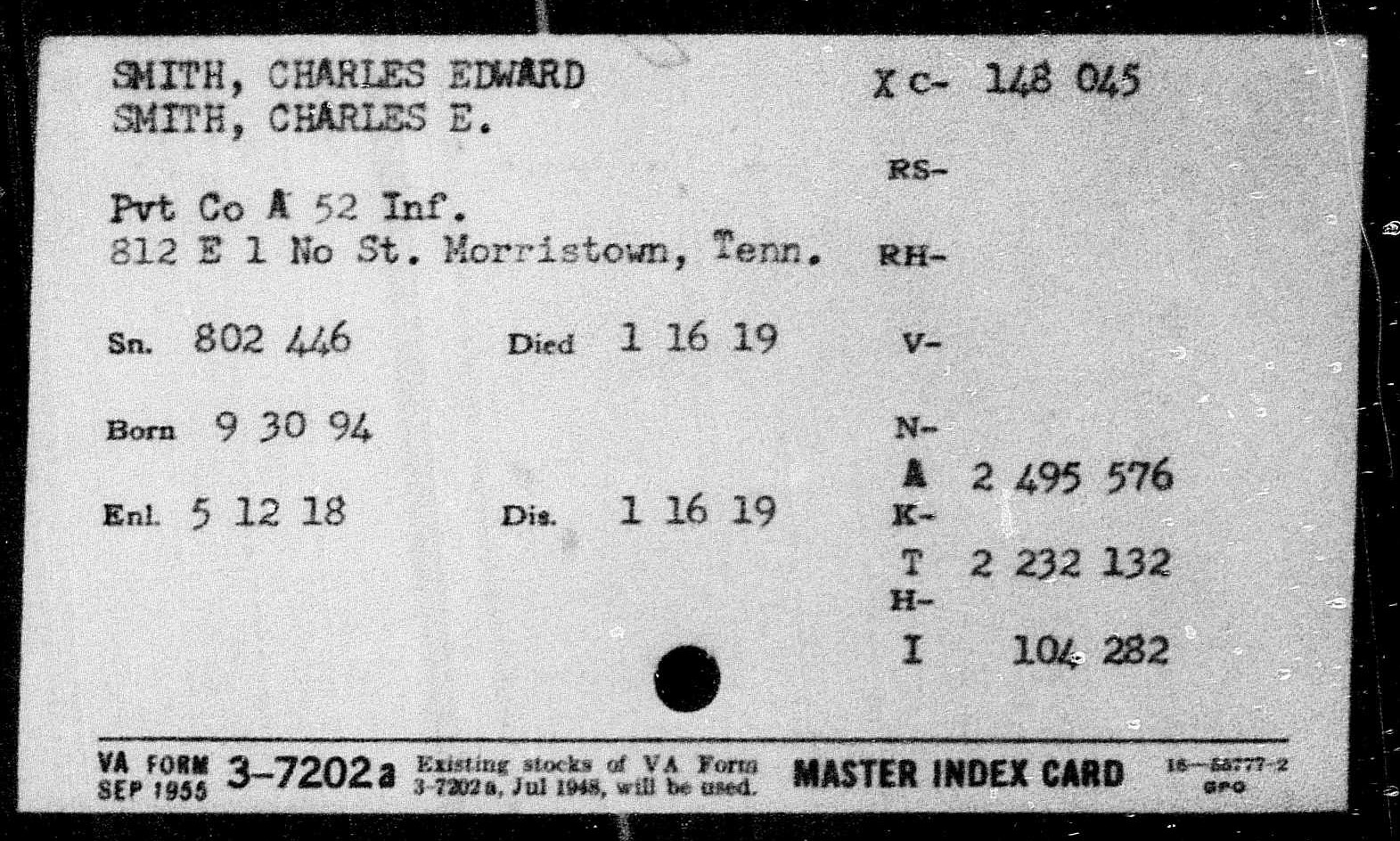 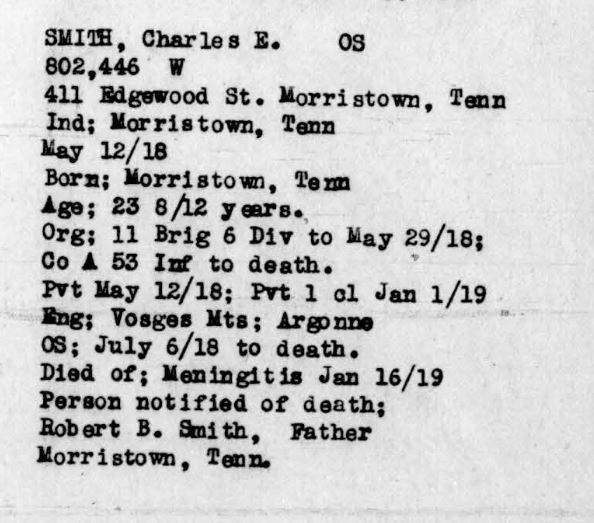