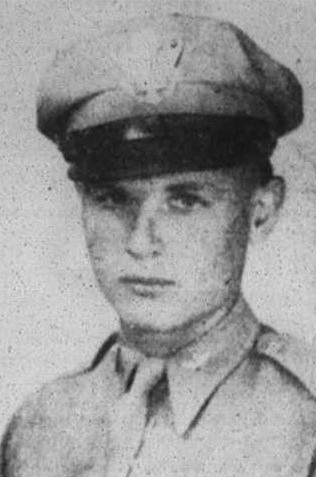 Charles Edward Merritt and his brother Elmer A. Merritt are the son of Chester Arthur and Mary A. Merritt.
He died at Ploesti, Romania
Norris High School Alumnus. Commemorated on Plaque at Norris Town Center, Norris, TN

Aircraft B-24, serial number 42-52172, was on a bombing mission to Bucharest marshalling yard and was downed by a fighter. All ten crewmembers died.

Clinton Courier News, January 18, 1945
A recent Army ruling that families who have lost two sons in service may have a third son removed from combat areas does not apply unless the third son is a sole survivor. Mr. and Mrs. Merritt have lost two sons in service, Lt. Charles E. Merritt, who was shot down and killed in action over Romania on April 4, 1944 and Pfc. Elmer A. Merritt, who was killed fighting with the Second Marines at Saipan on July 1, 1944. Mrs. Merritt recently wrote the War Department and asked that a third son, Pfc. Theodore C. Merritt, be brought back from the Netherlands East Indies, where he has been fighting for 21 months without a furlough. A fourth son, Thomas Adrian Merritt, received a medical discharge from the Navy, after serving six months at San Diego. He now Works at Oak Ridge. There are two other sons, Walter Merritt, who is married and also Works at Clinton Engineer Works, and Billy Merritt, 13, at home.
Mr. and Mrs. Merritt went to Smyrna Air Base last Saturday, where Mr. Merritt was awarded the Air Medal for Lt. Merritt. The award was made by Major West. 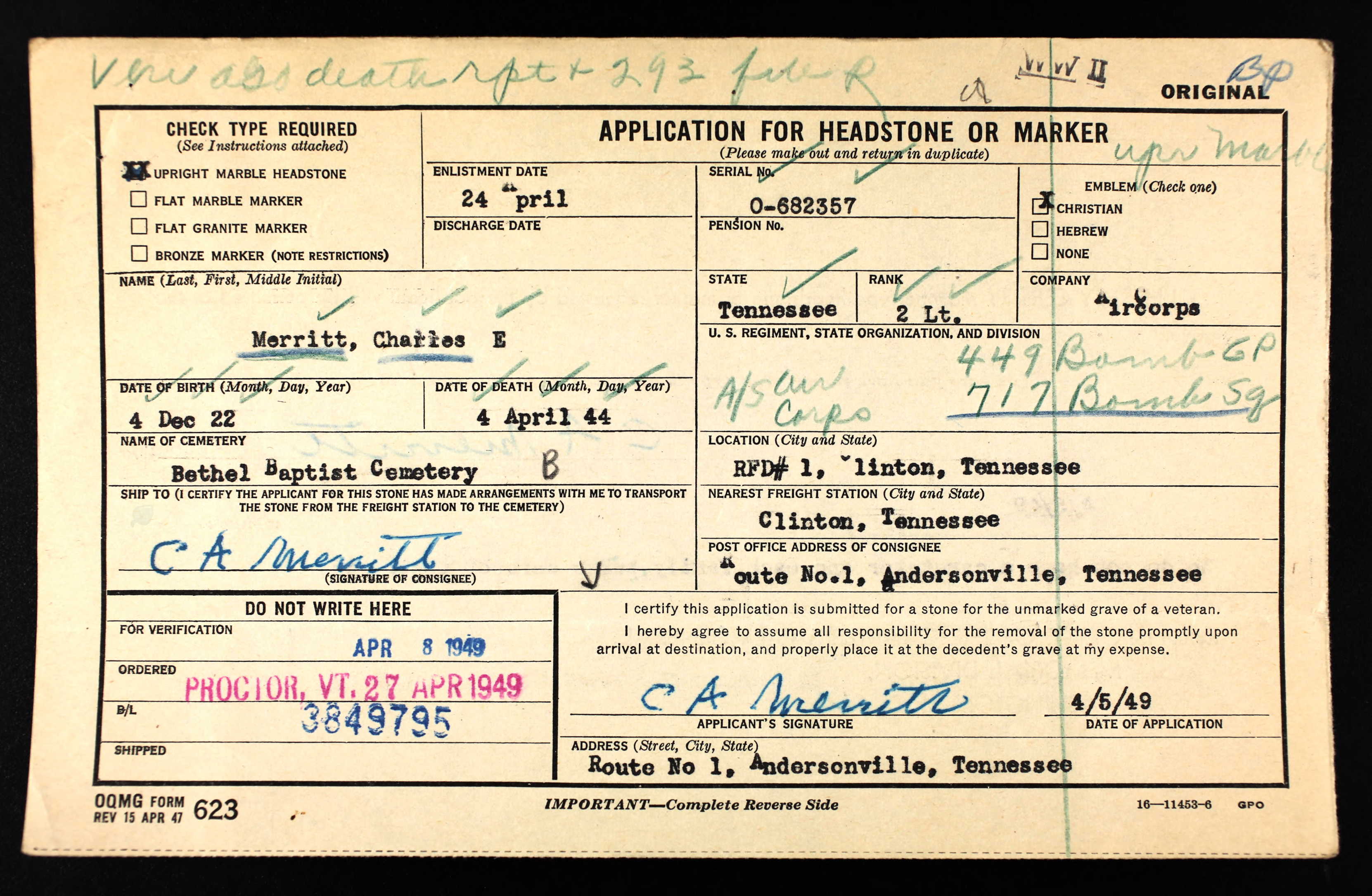 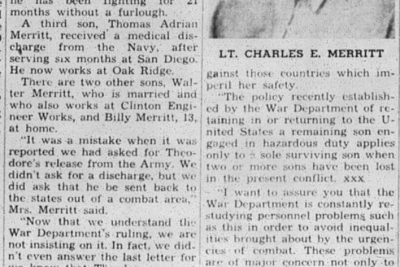 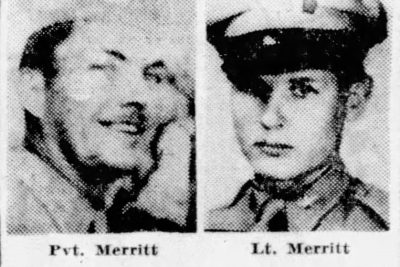